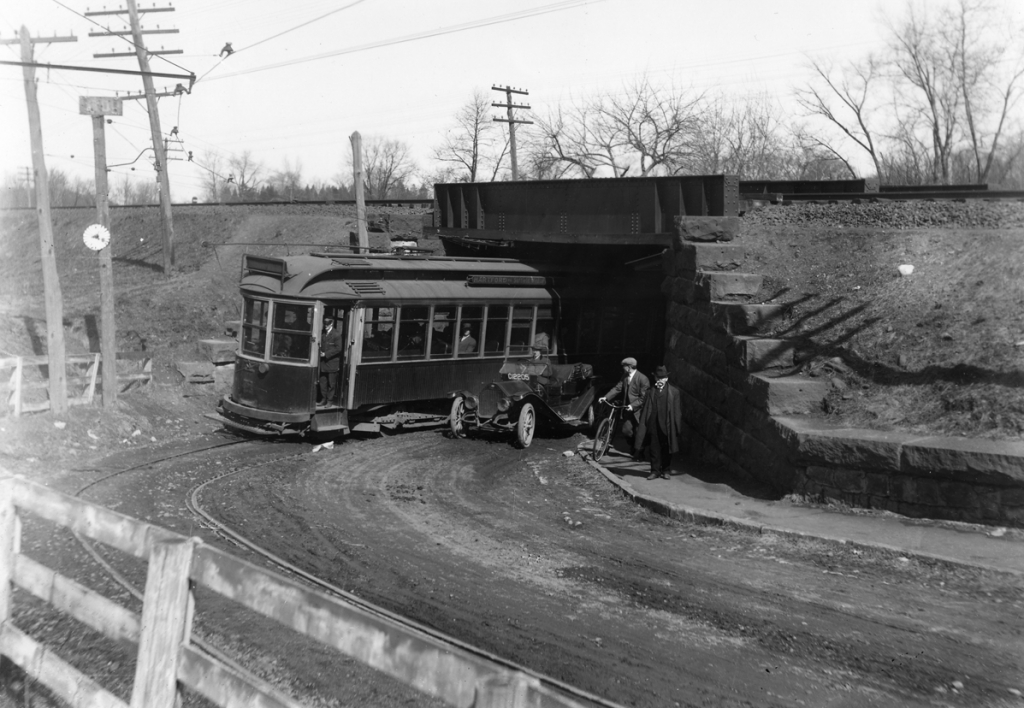 This opinionated list appeared in a short-lived local newspaper from 1916 called The Windsor Town Crier. The same “Death Trap” also showed up in the official Annual Town Report from 1916 (a grim year for the normally mundane Annual Report, which also included amongst its lists of court cases for the year a murder in the first degree: the state vs. Archer-Gilligan). That year the town paid $2,460 in land damages relating to the Death Trap, and then another $14,540 in services for “Death Trap eliminator”. For that was the year that the Death Trap finally met its own end.

Just what was this Death Trap? It was a narrow stretch of the lower part of Palisado Avenue that runs underneath the railroad overpass. Today this is a straight road, but in those more treacherous times it was a 90-degree hairpin turn at the bottom of a hill. While this was difficult enough for early automobile drivers to traverse, it was doubly more hazardous for trolley cars to execute, and on top of that, the road was also frequented by pedestrians and bicyclists, and prone to flooding.

Throughout its 20-year existence, residents and travelers alike railed against how unsafe this road was, but disagreements over who would pay for the fix meant that ultimately it took a bill passing through the state legislature to straighten it out (literally and figuratively). The law mandated that all dangerous highway crossings at railroad and trolley lines be eliminated, and indeed, the Hartford Courant reported that Windsor’s Death Trap was “generally considered the most dangerous in the state.” 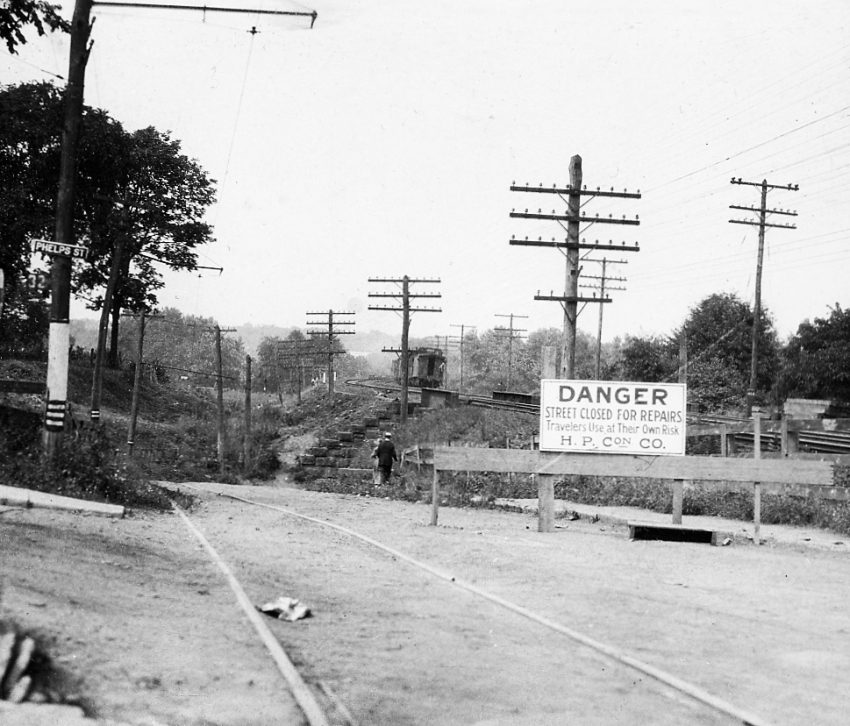 This danger sign alerting travelers to repairs might well have stayed up indefinitely. The road directly connected to Phelps St. (on left) in this era. A New York, New Haven, and Hartford (NYNH&H) train rumbles overhead. WHS collections 1954.2.4.37, photo by William S. Leek. 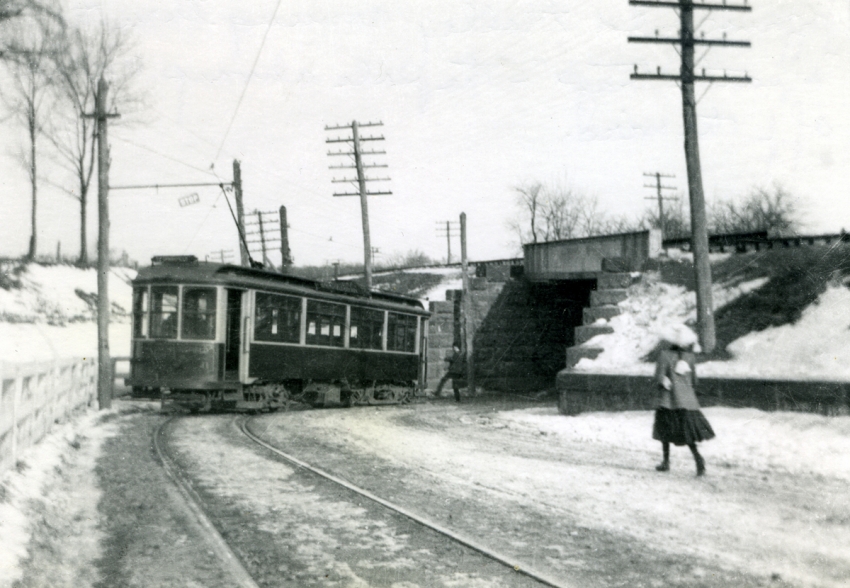 The caption handwritten on the back of this photo says, “Springfield trolley coming thru the ‘death trap’ – the wire always came off the pole.” Imagine trying to make this turn on icy rails. WHS collections 1991.12.1, gift of Henry Newhaus. 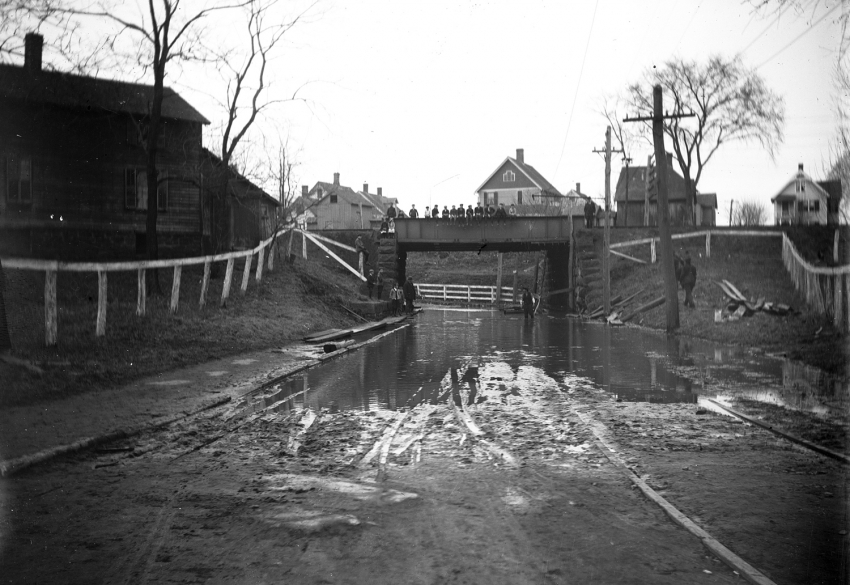 This view looking south down Palisado Ave. shows workers posing on the tracks above a flooded out road, posing yet more threats beyond the perilous curve. WHS collections 1954.2.6.6, photo by William S. Leek. 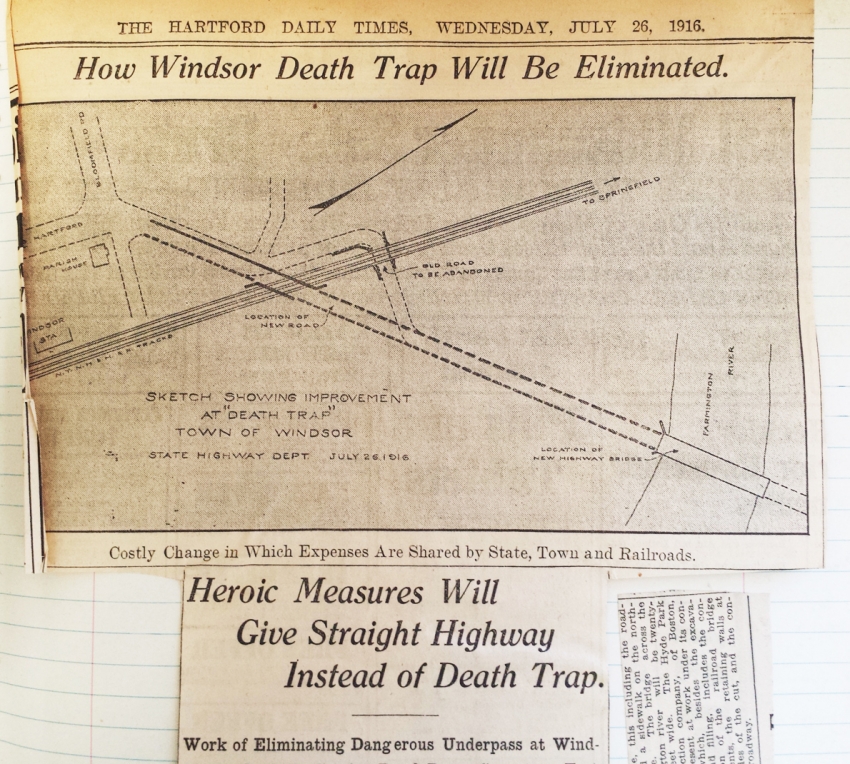 When the various stakeholders finally planned to straighten out the Death Trap, the Hartford Daily Times helpfully published an overhead map showing the old and new roads. Ultimately it cost $100,000, split between the town, state, NYNH&H Railroad Company, and Hartford and Springfield Railway (trolley) company, to complete the fix. WHS collections 2011.1.60.