The Lost Years of Bissell’s Ferry 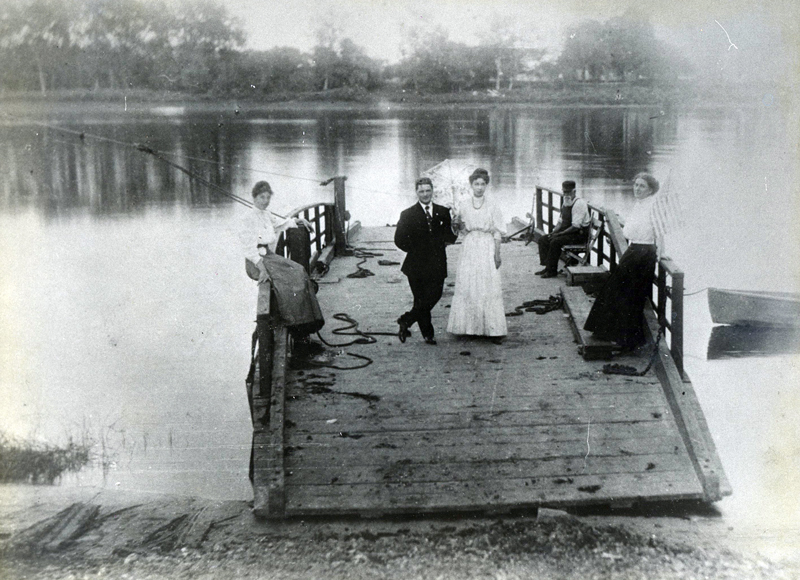 Many sources, including an official historic marker along Palisado Avenue, will tell you that Windsor’s Bissell’s Ferry operated from 1641-1917. However, when I embarked on research into the ferry I encountered information bringing into question both the start and end dates of the ferry’s operation. After a more in-depth analysis of several primary sources and a trip to the Connecticut state archives I was able to identify the actual start of the ferry and conclude that the Bissell Ferry was in regular operation until at least 1923. My investigation provided details on what actually happened to the ferry operations in 1917 and revealed several interesting anecdotes concerning the ferry that took place between 1917 and its actual closure in the mid-1920s. 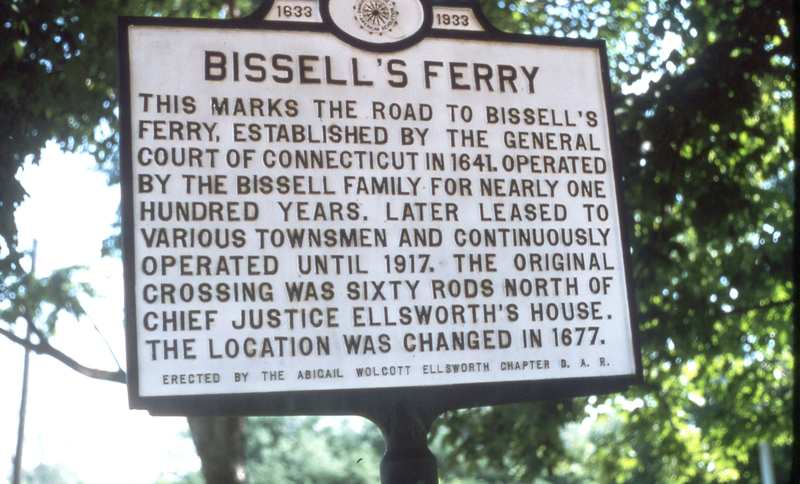 The story of Bissell’s Ferry began not too many years after Windsor was founded in 1633. Windsor’s early citizens quickly recognized the need for established crossings at the nearby Farmington and Connecticut rivers. Constructing bridges was beyond the means of the intrepid settlers, so instead they turned to the use of ferry boats.  While several news articles and historic labels list 1641 as the date of the establishment of Bissell’s Ferry, according to Windsor historians Henry Stiles and Daniel Howard, it wasn’t until sometime during 1648-1649 that Windsor resident John Bissell was contracted by the town to operate a ferry across the Connecticut River. Under the contract, John Bissell charged three pence for a single passenger, two pence per person when transporting multiple passengers, and eight pence for each horse brought on the boat. Throughout the following centuries numerous other ferries, and eventually bridges, were established along the Connecticut River, but despite this growing competition, Bissell’s Ferry managed to retain its local prominence and popularity into the modern era.

By the early twentieth century, the practicality of Connecticut’s ferries had been almost entirely superseded by bridges. Despite its long apparent obsolescence, Bissell’s Ferry, as well as several of the state’s other ferries, continued to operate under contract with the towns in which they were located. At the time Bissell’s Ferry stood out from other ferries because it retained the primitive method of operation that it had used since its founding. Instead of being equipped with a motor, the ferry barge’s rigging was attached to a submerged cable that was secured to trees at both banks of the river. The ferryman would use the rudder and leeboard of the barge to angle it so that the current of the river would propel the boat in the desired direction. This meant that at the time Bissell’s Ferry likely held the unique position of being the least expedient, yet most authentically historic method of transport open to Connecticut travelers.

According to Daniel Howard’s 1935 publication, A New History of Old Windsor, Bissell’s Ferry ran irregularly in the 1910s until it was decommissioned on October 1, 1917. However, an article from July of 1917 in a short lived local news outlet, the Windsor Town Crier, stated that management of Bissell’s Ferry and all other ferries on the Connecticut River was being transferred from individual towns to the Connecticut Highway Department. The article reported that on October 1, 1917 Bissell’s Ferry would be receiving “a new lease of life” in the form of a new boat, named John Bissell, which was built at a cost of $1000. In contrast to Howard’s assertions, it appeared that Bissell’s Ferry was being upgraded in 1917, rather than shut down. 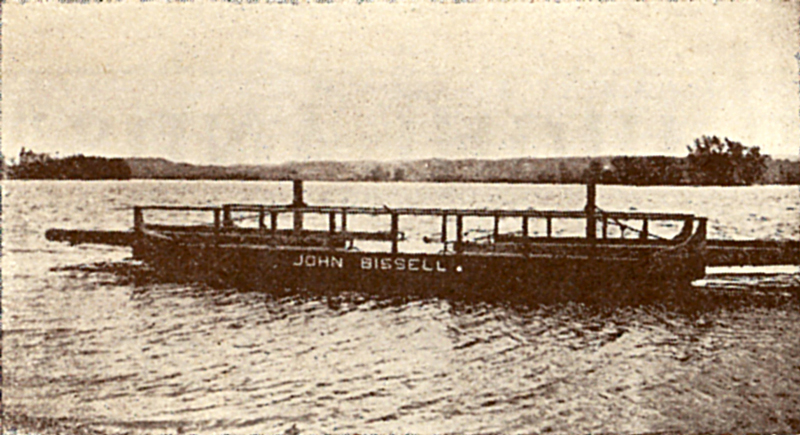 The John Bissell, from July 1917 edition of the Windsor Town Crier.

As I continued investigating the matter I soon found more evidence from 1917 and later years that refuted the supposed closure of the ferry. On October 1, 1917 the Hartford Courant confirmed that the new boat, John Bissell, was put into service as the state took hold of ferry operations. Several months later, in February of 1918, the Courant further established the continuing operation of the ferry while reporting on the rather dangerous adventure of a prior ferry commissioner who had successfully retraced the boat’s usual path by driving his car across the frozen Connecticut River. In October of 1921 the Courant again wrote about the ferry, this time featuring a full spread about the history of the “curious old ferry” and its then dwindling usage. Owen Paine, the ferry skipper at the time, noted that most of the few remaining passengers he received were confused trolley riders who had accidentally traveled north from Hartford on the opposing side of the river from their destination. About a month after this article, the ferry again became the focus of attention as fifty of the founding members of Windsor Historical Society embarked on a “pilgrimage” to the Bissell homestead in East Windsor via the ferry. So, while Bissell’s Ferry was hardly attracting regular visitors by 1921, it was still sparking historical interest and accruing some considerable media coverage.

As the mid-1920s approached, budget concerns over the practical costs of operating Bissell’s Ferry began to supplant the fondness and historic appreciation supporting the ancient river crossing. A State Highway report from the summer of 1923 counted only forty passengers who had used the ferry over the preceding year, while upkeep costs for the same period amounted to over five hundred dollars. The highway commissioner’s reports from the 1920s continued to list the meager passenger counts of the ferry and its resulting financial deficits until the 1924-1925 report, where a final mention of the ferry listed no passengers and an annual operating cost of $222.45. Despite the absence of the ferry in following reports, no official statement of closure appears in the state’s records. It’s possible that the highway department sought to eliminate its financial burden quietly, to avoid stirring up any opposition inspired by local passion for the history and tradition that Bissell’s Ferry carried.

In spite of the lack of any official mention of its closing, Bissell’s Ferry did receive a rather unusual sendoff. In 1924 Windsor high schooler Eleanor E. Goslee won a writing contest sponsored by Windsor Historical Society by producing a play entitled “A Bissell’s Ferry Romance”. The fictional play takes place in “the old days” of 1790 and amongst its characters features Windsor’s most prestigious couple, Oliver and Abigail Ellsworth. A year after Goslee won the contest the Historical Society and the John Fitch High School Dramatic Club hosted a public performance of the play, creating a strangely fitting epitaph for the ferry which had endured through so much of Windsor’s history.