Played Fiddle at night in Barracks

Trench warfare. U-boats. Doughboys. These are what typically come to mind when you consider World War I. But the George Wolf Collection at the Society goes beyond the typical and details the experiences of a Windsor musician who served in Europe during 1918. This revealing collection includes photographs, newspaper clippings, a diary kept by George Wolf during his time overseas as well as the violin and case that he carried with him during his deployment.

Born in 1894, George Wolf grew up in the Poquonock neighborhood of Windsor and began taking violin lessons at an early age. By the time he registered for the draft in 1917, he was twenty-three years old and was employed by the Hartford Theater as a musician. He enlisted and set sail for France in late March 1918.

His diary details how his transport always had gunners watching for submarines and at times zigzagged through the water to avoid the German U-boats. George’s regiment did not immediately deploy to the front, giving him time to endure the hardships of life away from home but without the realities of war. Poor quarters, low pay, and harsh weather were tempered by his freedom to play music and relax. A young George Wolf (left) poses with a friend and his violin. Windsor Historical Society collections 2013.38.14. 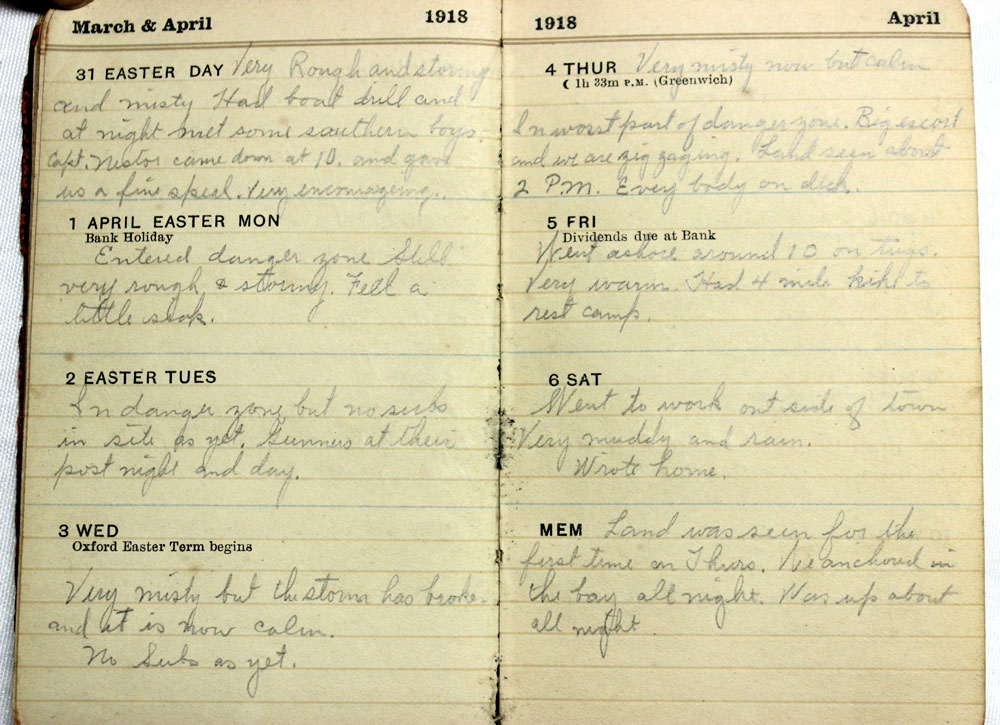 On May 21st, he “went uptown at night and went to a house and played violin an hour. Fine day.” On June 3rd, he “played fiddle at night in barracks.” George’s training continued into July and he also began playing with a military band. In August, George shipped out to the front and encountered masses of troops, enemy shelling, and even witnessed a German intelligence balloon being brought down. He played numerous concerts with the band throughout August, and one night in September he “played violin at a French hut with Frenchman. Good man. Enjoyed the evening very much.” However, his musical talents did not exempt him from serving on the front lines.

George’s diary is empty for most of October and November during the Meuse-Argonne Offensive. However, a Hartford Times newspaper clipping quotes a November 19, 1918 letter from George to his parents: “Most of the exciting and thrilling times were when I was with Battery F. I had some close calls and a good many times I wish I could crawl into a mouse hole, but it all must happen in a game of this kind.” He also wrote that his main concern was what he would do when he returned home because “my hands are all callouses and hard.” 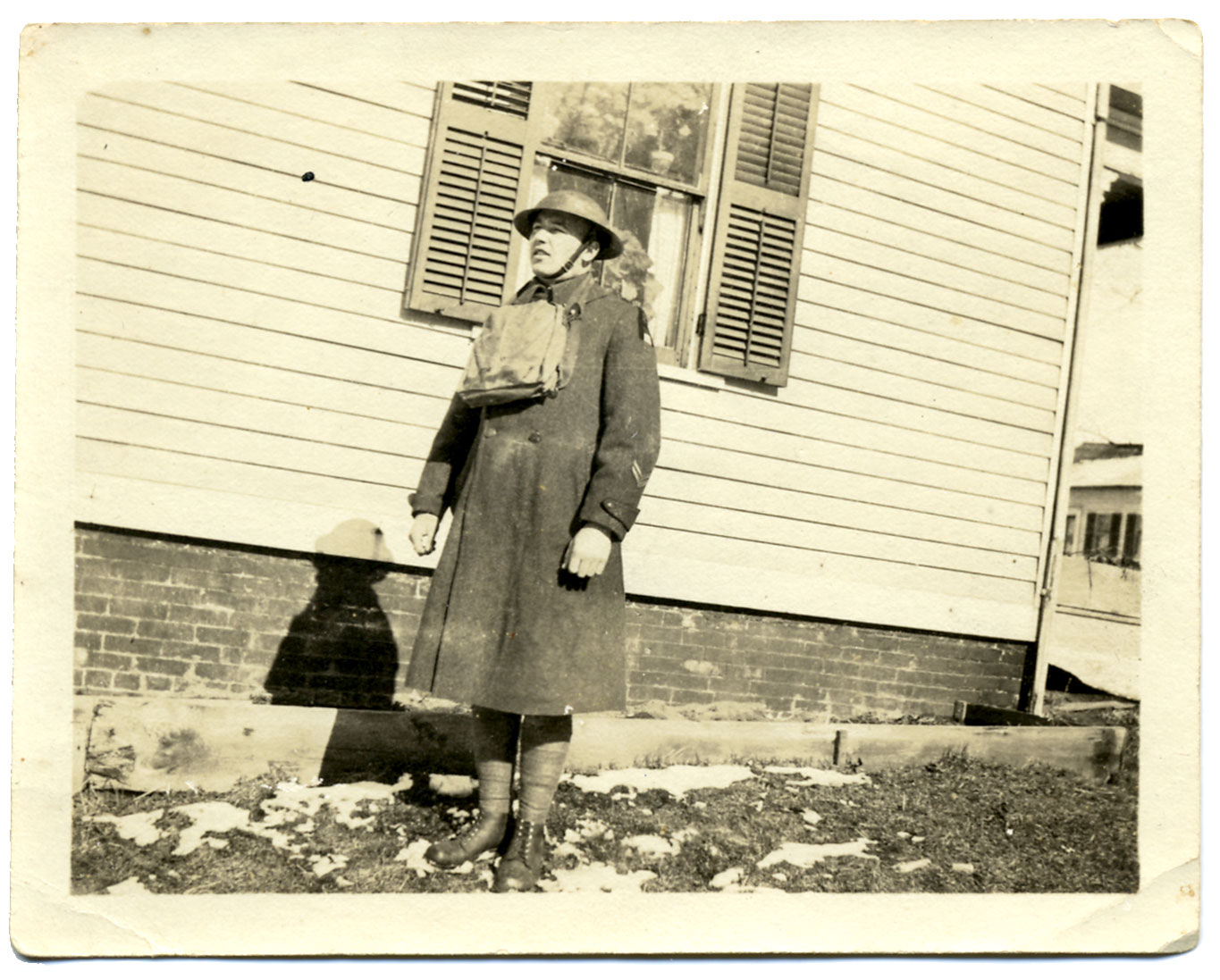 For most World War I collections, a soldier’s story ends in Europe. But the George Wolf Collection goes beyond the war and beyond Connecticut. Wolf returned to Hartford where he conducted the orchestra for silent movies at the Strand Theater on Main Street. In 1926, he relocated to the vibrant city of Miami, Florida. His career as a conductor and concert violinist flourished. George was praised as the conductor of the Miami WPA Orchestra during the Depression. George Wolf passed away in 1959 in Miami, but he is buried in Windsor’s Elm Grove cemetery with his parents, brother, and wife. His daughter, Dorothy, carefully preserved her father’s relics for future generations.

The George Wolf Collection is open and available for study in the Society’s Research Library. 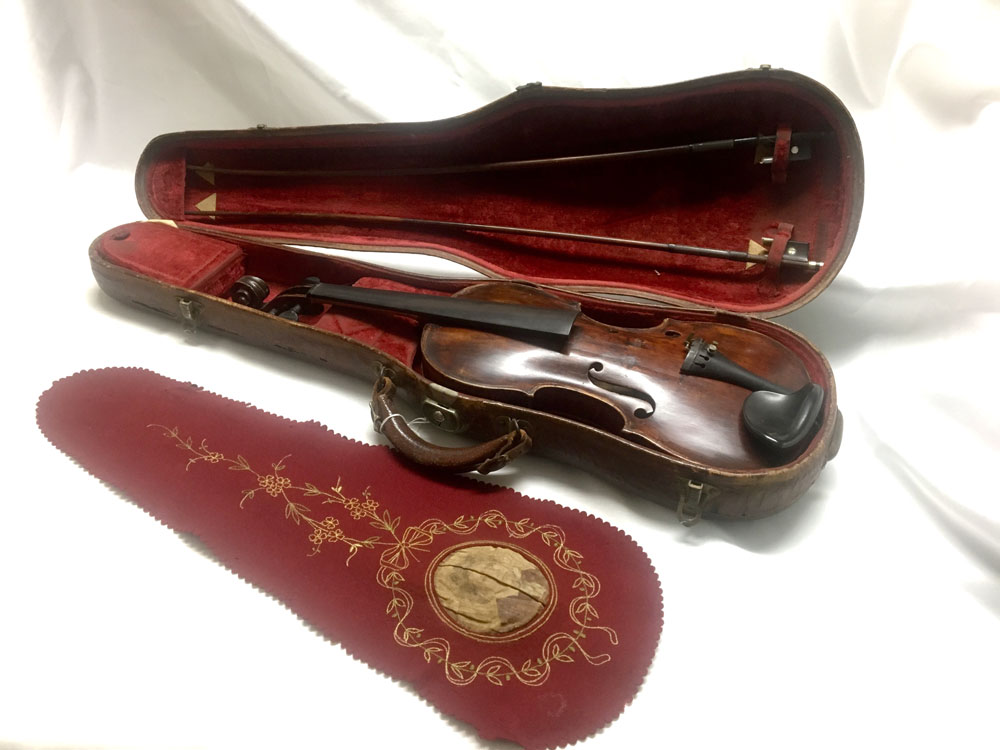