A 1949 article in the Poquonock edition of The News Weekly focused on memories of sports in the 1880s:

The local baseball and wicket club played all the surrounding towns in competitive games. Little is known about the latter game…The people of Poquonock in 1880 relied on themselves for their entertainment…The movies, autos, television and radio were unknown.

The game of wicket was similar to cricket and baseball and was popular in the late 1800s. Windsor teams played throughout the summer on the town green and in Poquonock. One of the last games was played by the Poquonock Drum Corps at a July 4th picnic in 1889 or 1890 in J. M. Brown’s pasture.

While wicket declined in popularity in the 20th century, athletic clubs were active in town in the early 1900s. The Eagle Athletic Club and the Windsor Town teams played football and competed against area teams. American enthusiasm for football grew in the 1890s as team sports and exercise became the preferred activities for middleclass men. Many considered the physical development, cultivation of team spirit and controlled aggression from playing sport essential for preparing young men for the work world. Women increasingly played team sports in the 1890s and 1900s but rarely competed against other teams due to potential un-ladylike behavior. Women had participated in calisthenics since the 1850s; and tennis, badminton and croquet were acceptable female sports. By the 1890s women played basketball, golf, swam, and cycled at the college level. Not all Windsor sports were team sports. In the first decade of the 20th century, the Winpoq Fish and Game Club provided its members with a network of sportsmen. The clubhouse on the riverbank boasted wide verandas and a grand piano “for open air dancing,” canoe storage space and a floating dock for easy access to the river. Wednesdays were set aside for wives and daughters of the all-male membership, and cigars and sodas were always available. Alcohol was forbidden, and card playing was not permitted on the ground floor or verandas on Sundays. In 1870 the Windsor Band (later called the Windsor Military Band) formed with 15 members. By 1926 the band had grown to 35, many of whom were also members of the Windsor Fire Company. The band often played in parades, at carnivals and on the Green in the town bandstand.

While the Windsor Band played outside regularly, much of the music made in Windsor occurred inside. In the late 1700s and early 1800s, Windsor’s elite would gather for mid-afternoon balls to celebrate holidays such as Election Day or Thanksgiving. These were often held in private homes or taverns, and involved dancing, singing and refreshments. In the early 1800s John Gaylord Jr. (1776-1856), copied over 500 popular melodies into a leather-bound book. Tunes like these would have been played at the 1807 Election Day Ball at S. Allyn’s ballroom to which Miss Laura Stiles was invited.

Windsorites enjoyed engaging in pastimes that expanded their minds. A literary club, debate society and dramatic societies flourished in Windsor in the 1800s and 1900s. In 1892 several Windsorites established the Windsor Literary Club. They read works from Milton to Robert Browning and explored the history, culture and literature of foreign countries. In the 1915-16 season their topic was “Modern Dramatists,” including contemporary plays by Henrik Ibsen, George Bernard Shaw and William Butler Yeats.

The Drama Study Club on Windsor provided another outlet for entertainment in the early 1930s, and by 1961 actors had established the Theatre Off the Green. In the 1910s a number of groups in Windsor put on minstrel shows, including the Odd Fellows and the Windsor Fire Company. The image of men in black face in this exhibition is startling today; but in the early twentieth century, these were common comedic entertainments.

From earliest settlement to the present Windsorites have found time to play indoors and out in all seasons. By participating in these social activities, Windsor residents created important social networks, established friendships, and helped build the community that exists today. 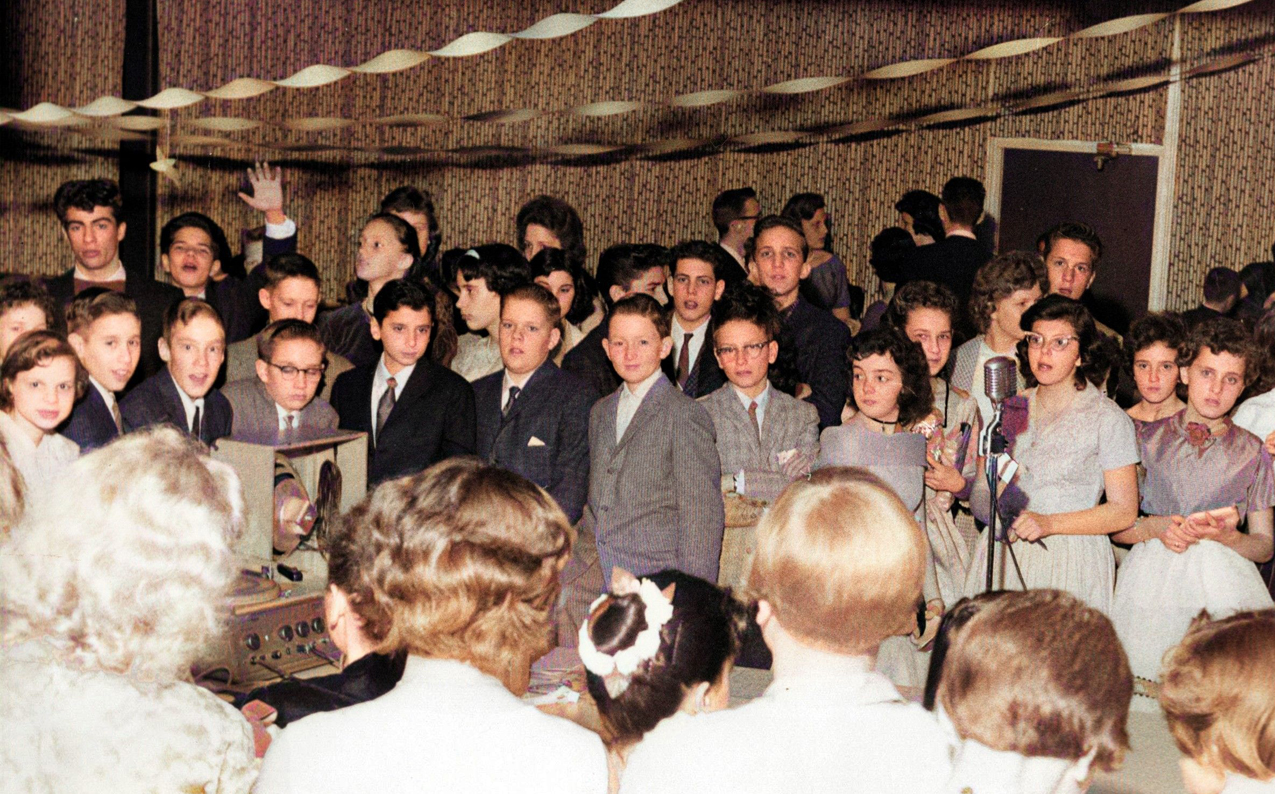 Dancing in Puritan Windsor and the Present 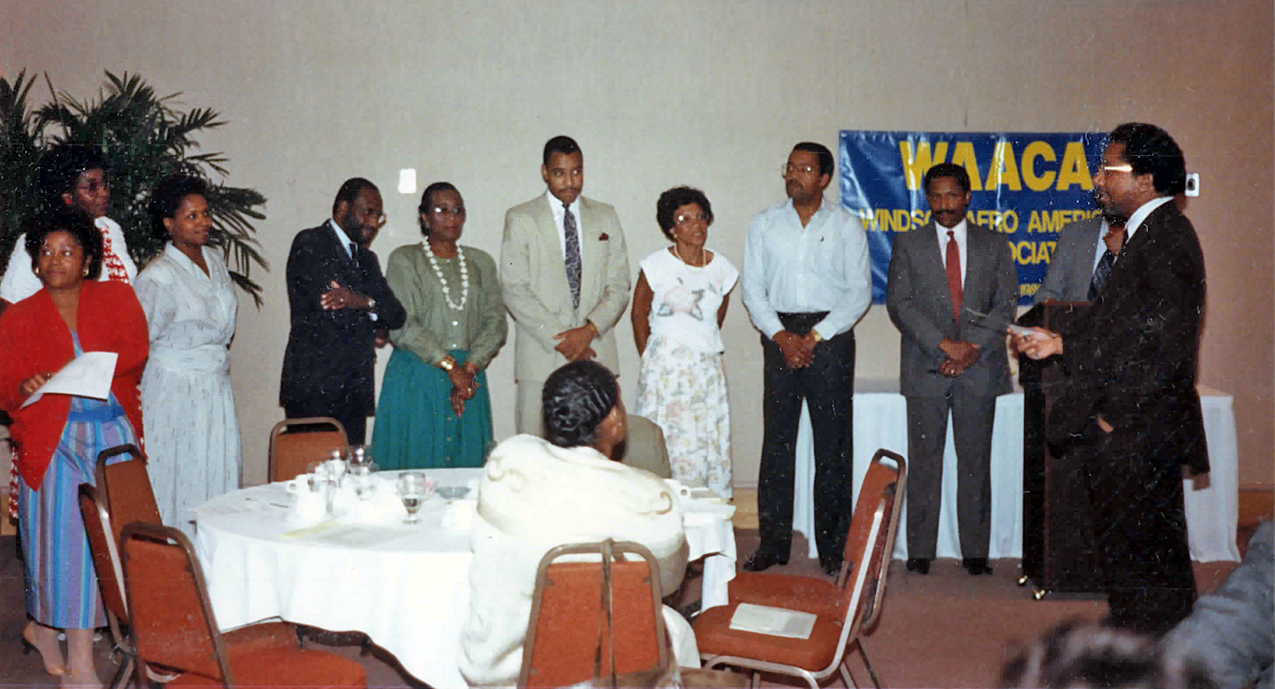 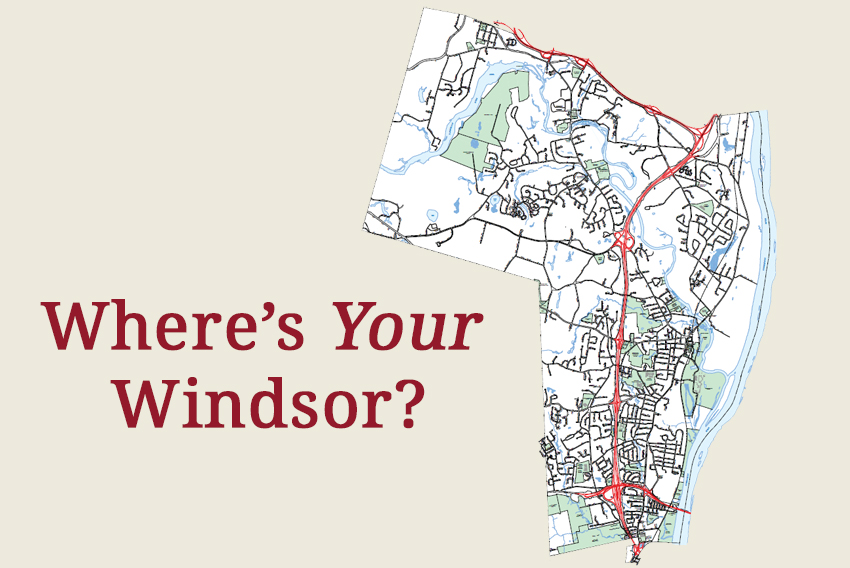