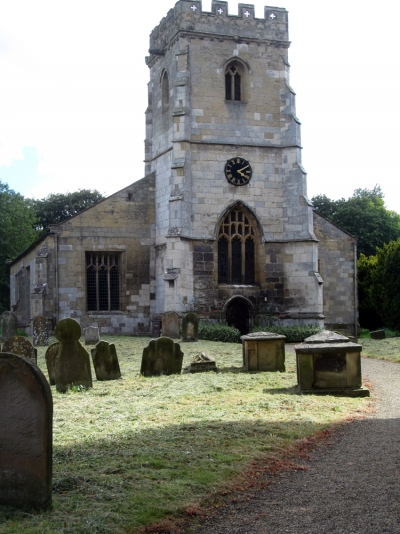 Bigod Eggleston was a man with a mysterious name, mysterious origins, and a mysterious marital history. Baptized in All Saints church, Settrington, Yorkshire, England on February 20, 1586, he was the eldest son of James Eggleston and Margaret Harker, who were farmers. Historians speculate his name was intended to honor the Bigod family, prominent in Yorkshire. By 1611, Bigod had moved to Norwich, England, where he appears in the militia list. By April of 1612, when the baptism of his son James was recorded, he must have been married. He was still in Norwich when his daughter Mary was baptized in 1613/4. Nothing is known of what he did between then and 1630, when he appears in New England. Whatever path led him to the New World, he settled in Dorchester, MA upon his arrival.

Eggleston appears to have gained the respect of his neighbors early and retained it until the end of his life. In Dorchester, Eggleston was granted church membership. He was named a freeman by 1631, and followed the Reverend John Warham to Windsor in 1635. By 1640, his landholdings included a parcel inside the Palisado, just north of the meeting house, which by 1654 was his homelot and included an orchard. He continued living there until the end of his life. In May of 1667/8, Matthew Grant recorded in the town records, “Baggot Egleston undertakes the cleansing of the meeting [house] for this year coming for 50s, and the beating of the drum to meetings for 28s.” A year later, he was paid £3.10s for “4 wolves, meeting house,” meaning that, in addition to wages for maintaining the church, he was paid a bounty for four wolf pelts. The bounty, established to protect the community’s livestock from predation, suggests Bigod may have been spry enough to hunt wolves as an octogenarian. The town gave him lucrative work, close to home, which made him a vital part of the community well into his 80s.

It seems a bit unfair given his otherwise unblemished reputation, that the most fascinating snippet about Bigod to survive describes the one time he got into trouble with the magistrates. On June 5, 1645, the Records of the Particular Court of Connecticut read, “Beggett Egleston for bequeathing his wife to a young man is fyned 20s. George Tuckye for his misdemeanor in words to Eglestons wife is ffyned 40s and to be bownd to his good behavior and to appeare the next Courte.” Unfortunately, no further information about this event exists, so we can only guess what happened. Whatever Bigod did, the courts decided it was monetarily half as bad as whatever George Tuckye said. Why did Bigod try to give his wife away? How did she feel about it? Who was George Tuckye? We will likely never know.

The names of Bigod’s wives are unknown. It is probable he had at least two: one whom he married in England and who died there before he emigrated, and a second whom he met and married in Dorchester and tried to bequeath to someone else. Unless she died and Bigod remarried a third time, it is possible that they remained married for decades after this 1645 court appearance. He had three more children between 1648 and 1653 and lived to be 87 years old. When he wrote his will in November 1673, he had a wife who was still living. His youngest son Benjamin’s inheritance was granted on the condition “that he shall maintain his mother and pay my debts.” Was Benjamin’s mother the same woman Bigod had tried to give away three decades prior? It is possible, but the truth is, we do not know. Whatever happened in 1645, the event does not appear to have negatively impacted Bigod’s standing in the community.

One estimate suggests that Bigod Eggleston is the ancestor of more than 12 million Americans. Some of those Americans are also descended from the wife he tried to give away. Aside from that one court incident, Bigod exemplified the American dream and the Puritan work ethic, amassing wealth he could pass on to his family and continuing to work for as long as he could.