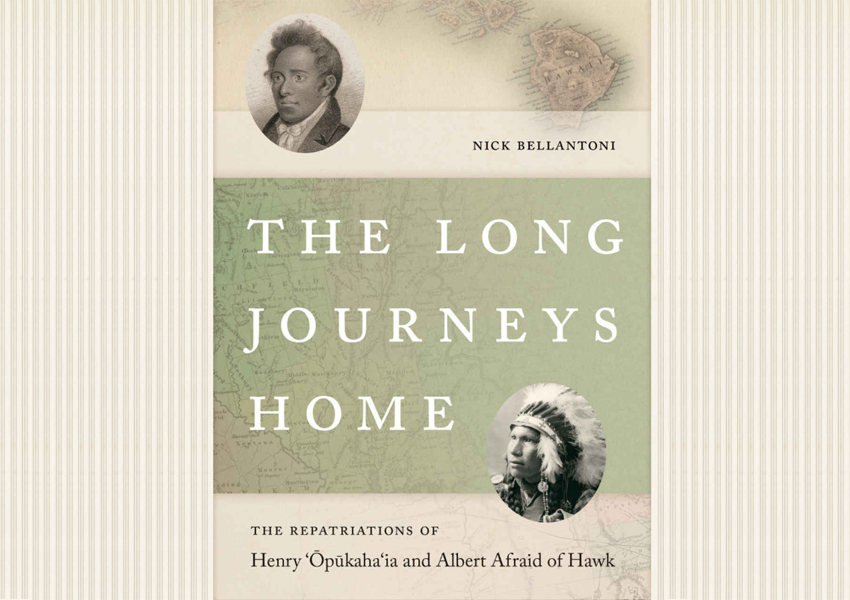 The Long Journeys Home: The Repatriations of Henry Opukaha‘ia and Albert Afraid of Hawk

Due to inclement weather, this event has been rescheduled to our snow date of Wednesday, February 13 at 7pm.

Please join us at Windsor Historical Society on  Wednesday, February 13 at 7 pm as former state archaeologist Dr. Nicholas Bellantoni shares two moving stories of repatriation that form the basis of his new book The Long Journey Home:  The Repatriations of Henry ‘Opukaha’ia and Albert Afraid of Hawk.

‘Opukaha’ia (c. 1792 – 1818), a Native Hawaiian, was orphaned  during the tumultuous Kamehameha’s wars, and made his way to New Haven, Connecticut, where he converted to Christianity and was instructed by Yale President Timothy Dwight IV. ‘Opukaha’ia was instrumental in the founding of the Foreign Mission School in Cornwall Connecticut, but before he could return to Hawaii, he contracted typhus and died. Reportedly, his last words were “How I want to see Hawaii.”

Itankusun Wambli, or Albert Afraid of Hawk (ca. 1879 – 1900) joined Buffalo Bill Cody’s “Wild West Show”, a way for young Lakota men whose traditional livelihoods has been disrupted to make a living. The show arrived in Connecticut in late June of 1900. At that point, nearly 50 members of the show were ill after eating canned corn and contracting botulism.  Alfred Afraid of Hawk would die of food poisoning in Danbury, Connecticut, far from his home.

The Connecticut State Archeologist’s responsibilities include oversight of excavations and dis-interments. Bellantoni was contacted by descendants of both young men who wished to bring them home.  Bellantoni will share moving stories of repatriating the remains of these two young men.

The book will be available at the program for $28.95, and Dr. Bellantoni will be happy to autograph copies.