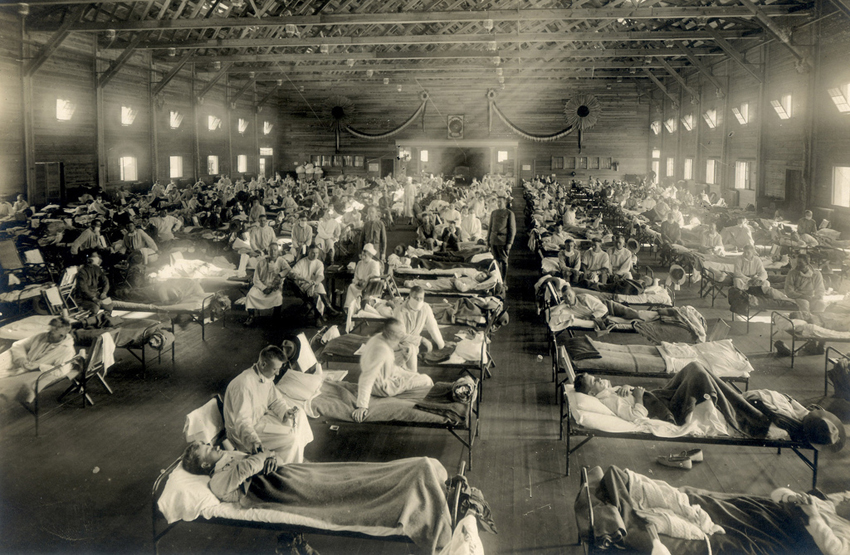 Please join us at Windsor Historical Society at 7 p.m. on Wednesday, October 10 for a fascinating and sobering evening with Dr. Matthew Cartter, Connecticut State Epidemiologist and Director of the Connecticut Emerging Infections Program, as he discusses the Spanish Influenza epidemic of 1918-19 and its implications for today.

One hundred years ago in 1918, a virulent strain of influenza erupted around the world.  The airborne virus spread quickly through the tight quarters of World War I’s many trenches and military camps.  Chills, high fever, backache and limb pain, and facial discoloration came on suddenly and often developed into pneumonia.  Many of those infected died within a week.  The influenza epidemic entered the U.S. through its ports and naval bases, hitting hardest in autumn of 1918.  The influenza epidemic quickly spread from military bases to cities and towns.  By October, new outbreaks were reported daily in Windsor.   Organizations canceled meetings and factories hung posters warning their employees not to spit, sneeze, or breathe on their co-workers.  Public service announcements encouraged people to get enough sleep, avoid strenuous work, and keep dry but the virus continued to spread.

World War I killed 17 million people.  The Spanish flu epidemic that started in the war’s final year infected 500 million and may have killed 50-100 million (up to 5% of the global population).  Both events forever changed world history, politics and human life.

Dr. Cartter has used the Bridgeport Times and Evening Farmer and the Norwich Bulletin, both of which were digitized by the Connecticut Digital Newspaper Project, for his research.  He will discuss the spread of Spanish Flu in 1918, what people did to contain it, how it was treated, and what eventually stopped it.   You will learn how disease transmission and prevention has evolved since then and what people can do to prepare for and contain new epidemics.