The following biography is excerpted from Bill Best’s memorial service program, written by Marcia Hinckley, in 2006.

William Howard Best was born May 11, 1924 and was a lifelong Windsor resident. He was the son of Florence (Howard) and William H. Best. Family was very important to Bill. When his mother died young, he chose to raise his much younger sister Sandra. He and Jean loved children, and they raised their niece, Linda.

Bill was proud of his family roots, which go back in town at least to 1800. The family has had a home in the Hayden Station area of town at least since the 1870s when his great grandparents, James and Charlotte Thompson, bought land. Bill’s grandfather, Charles Howard, was a hostler for a local farmer, caring for the horses. Bill remembered following him around as he did his work. Bill was proud of his great great uncle, Virgil Simmons, who enlisted as a Civil War soldier. He was proud of his mother, too, who was an accomplished pianist and hairdresser.[…]

If you were to go anywhere with Bill, you would invariably hear someone exclaim, “Billy Best! How’ve you been?” and hear some story about how Bill helped or worked with them. He was passionate about helping others, participating in his community, and working towards social justice.

He was a member for nearly fifty years, and was a past master, of the Masons, Excelsior Lodge P.H. A. (Prince Hall Affiliate) in Hartford. He was a Shriner (Shrine Temple #40 in New Haven) and a participant in the Brotherhood in Action.[…] As part of Brotherhood in Action, he also helped young people find jobs and visit other Masonic temples.

Church played a big part in his life.[…] His family always belonged to the First Congregational Church in Windsor. He attended Sunday school there as a child – a van would come and pick up the children in the neighborhood. As an adult, he fully participated in the life of the church in many ways. He taught Sunday school for five years and was an usher and a deacon. He was particularly loved for the visits he made as a member of the church’s Visitation Committee. He had a way of making people feel heard and valued, a gift that he shared with Kimberly Hall residents every time he visited his wife.

His participation in his community showed also in his love of history. He was a walking Windsor history book with most stored in his memory and in the photographs that he preserved of town, his neighborhood, and local African Americans. He and his friend Floyd Rising made a map of the Hayden Station area [which is included in this collection]. He wanted to make sure that black history, as part of Windsor’s story, was documented and acknowledged.

He generously shared his extensive and invaluable knowledge with researchers and with others who were interested. Both Bill and Jean were active members of the Windsor Historical Society. Bill was a member of its Board of Directors. In recent years, Bill participated in the NCCJ’s (‘The National Conference for Community and Justice) Conversations on Race and found pleasure and meaning in revealing his confrontations with racial issues in town and in the United States Marines during World War II.[…]

In his own life, Bill challenged the limitations that had been placed on blacks in this society. He worked for Colt Industries for several years before and after enlisting in the Marines. but left when working with plastics was harming his hands. Following Preston Pope’s success at obtaining a job as the first African American to drive a commercial bus in Connecticut, Bill got a job as another of the early African American bus drivers.

But he then set his sites on becoming a policeman. In spite of high scores on the tests, it took three tries before he was accepted on the Windsor Police force in 1951 and became Windsor’s first black policeman. He was on the force for eighteen years, until an injury received on the job resulted in his having to retire. But even years later, people would come up to him and tell him how much he helped them or, even, saved their lives.

Politically, he was proud of the time he recruited local blacks to register to vote so that they would have a say in town government. A reflection of his lifelong efforts to bridge the gap between whites and blacks was his being chosen as one of the first recipients of the Bridge-Builder Award, an award sponsored by Citizens for a United Windsor and the Windsor Human Relations Commission beginning in 1994.

Following his retirement from the police force, Bill took one of his hobbies that he’d done for years only in his basement, and created his own successful company, Wil-Bes Printing.

Scope and Contents of the Collection

The William H. Best Collection covers a time period of approximately 1930 through 2007. It is comprised of photographs, documents, and objects created or used by Best. Items include his U.S. Marine Corps uniform, Windsor Police Department coat, Shriner’s fez and collar, Masons hat and medal, a desk that once belonged to a neighbor, Owen Hayden, and a map of Hayden Station, drawn by Best and Floyd Rising, showing the neighborhood residents from the years 1930-1985. Photographs are primarily of Best and his colleagues at the Windsor Police Department in the 1950s.

Also in this collection (but not included on this page due to copyright or other access issues) are several newspaper articles about Bill Best and a video recording of an oral history with Bill where he talks about the Hayden Station area, his grandfather’s first drive in a car, and going through the wall of a garage.

Please contact Michelle Tom, the librarian/archivist, if you would like to view these articles or anything else in this collection. 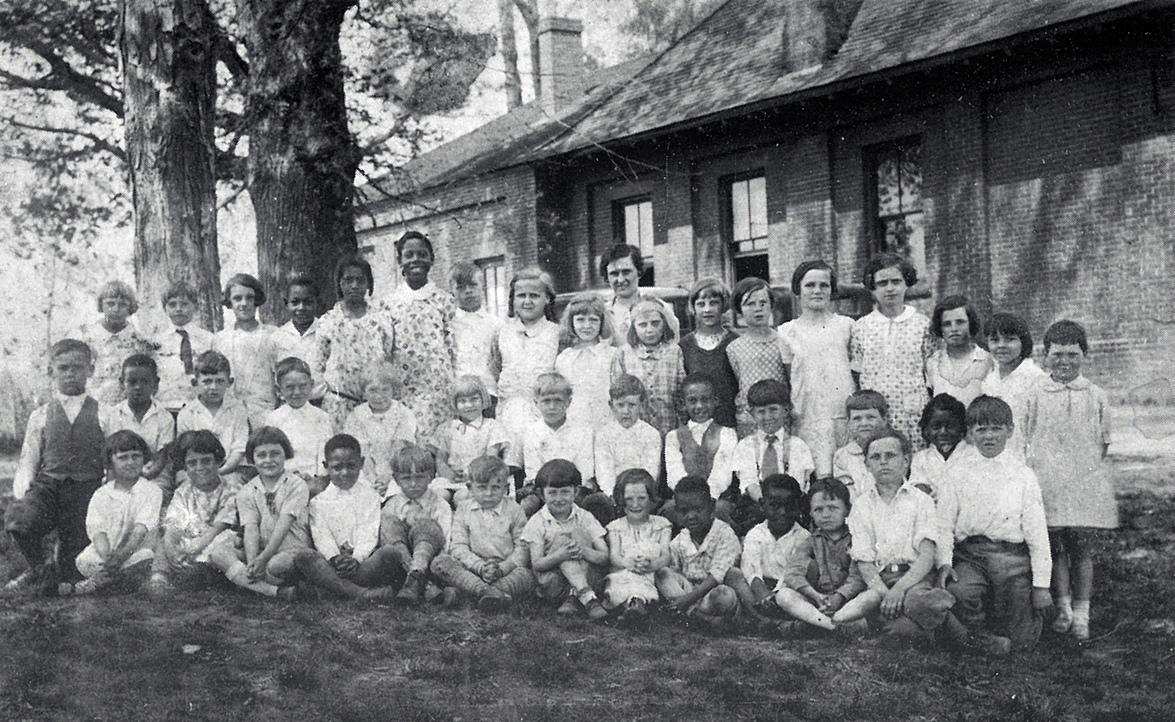 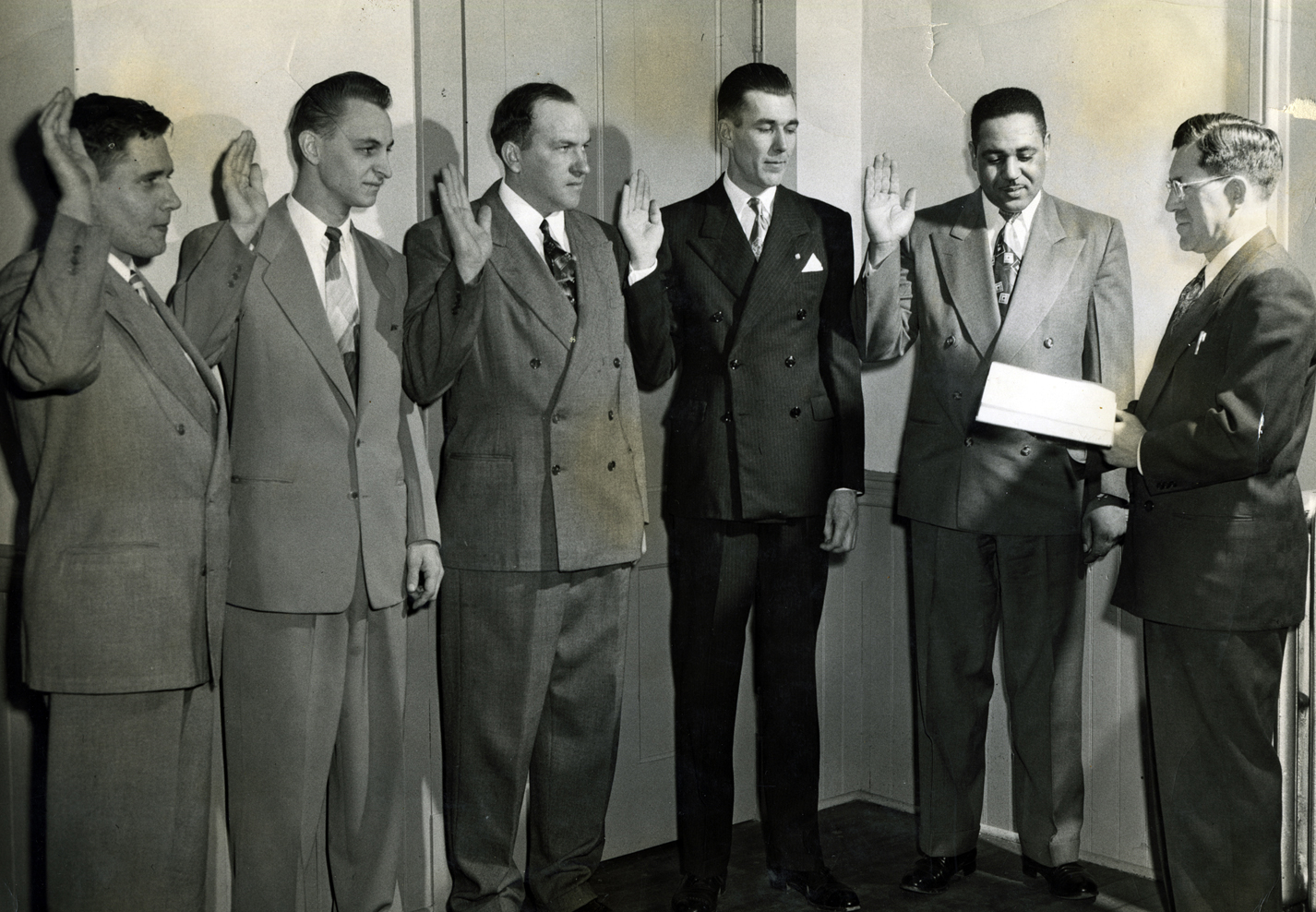 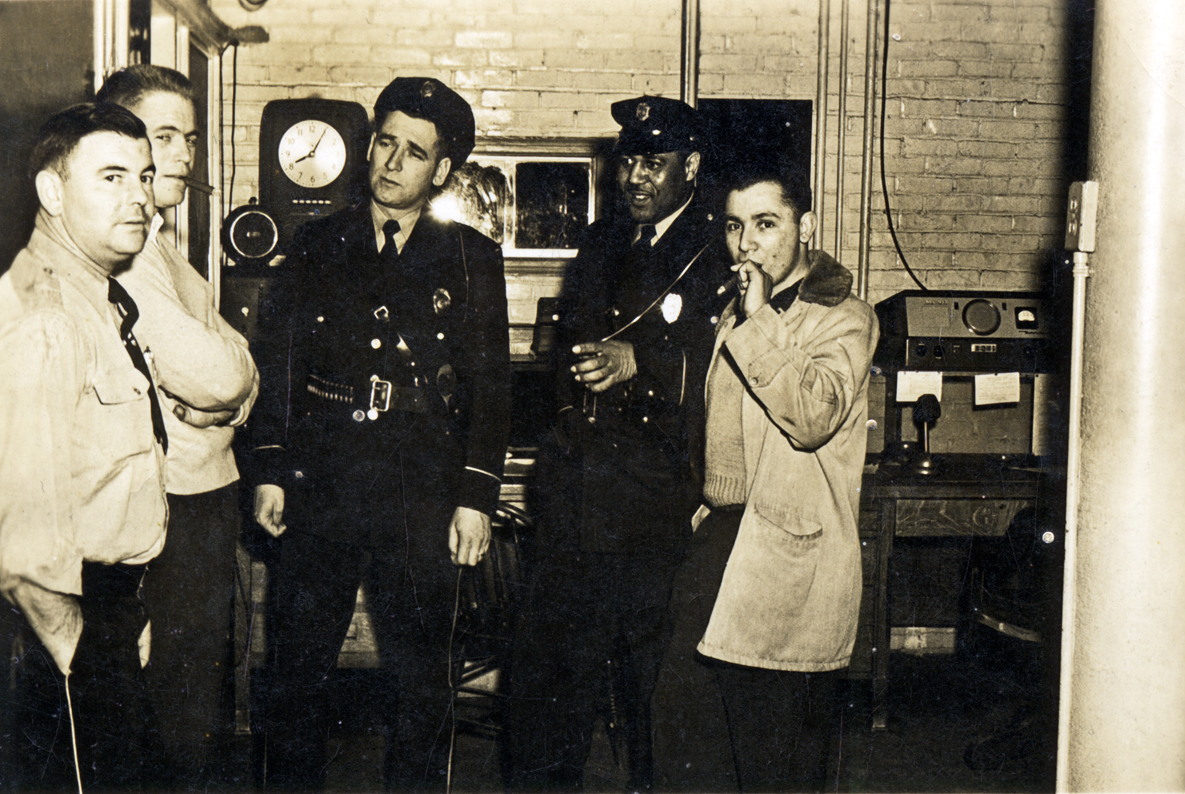 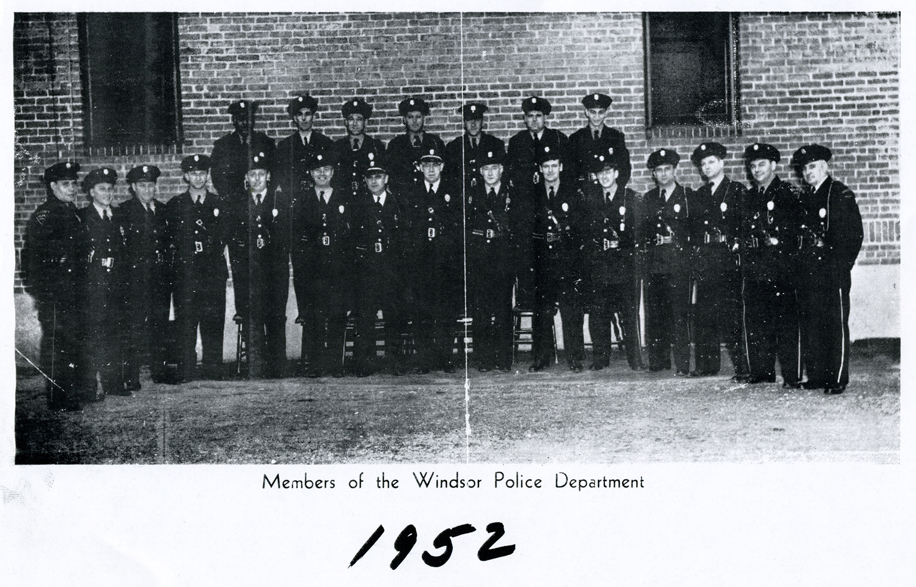 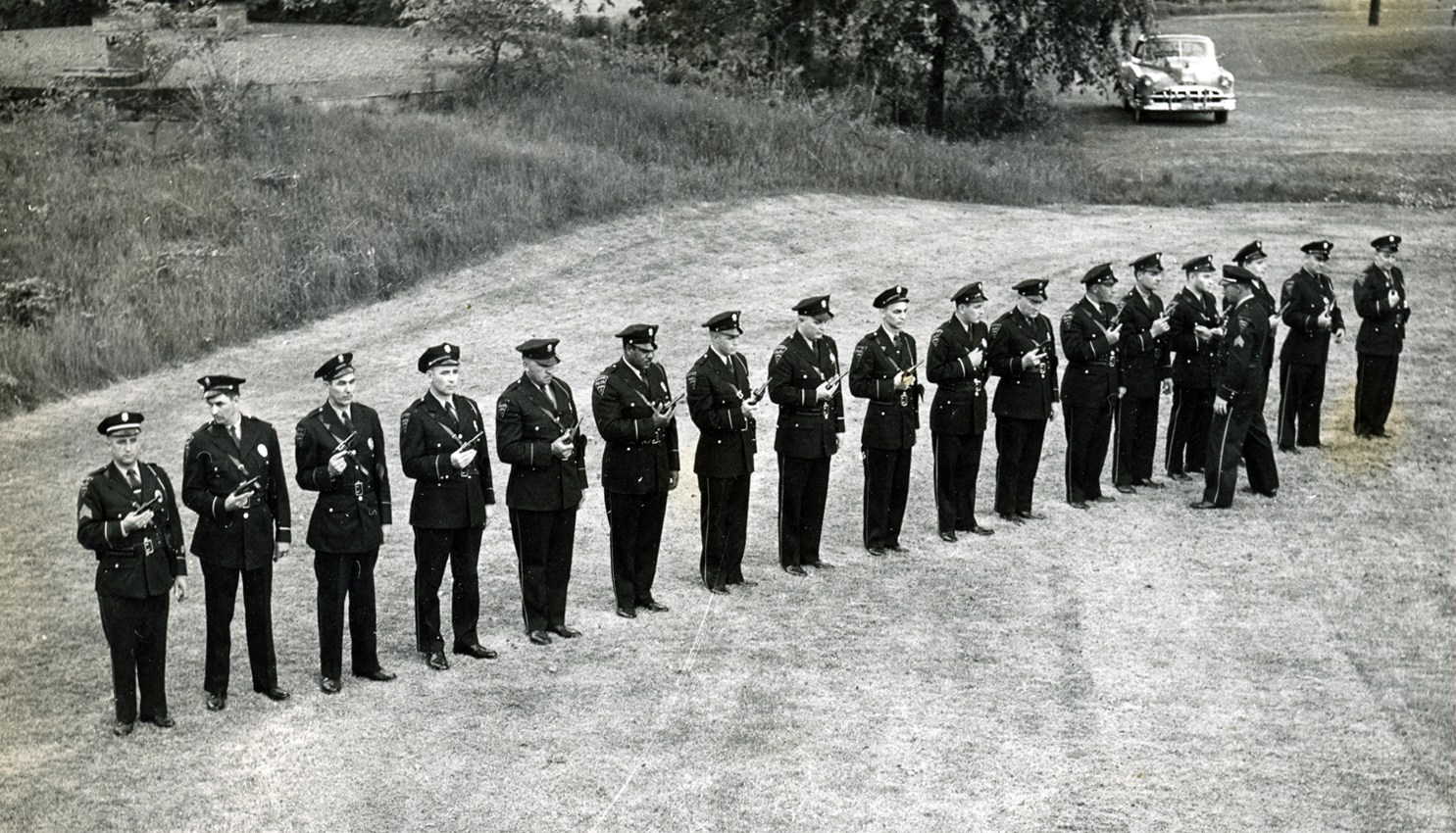 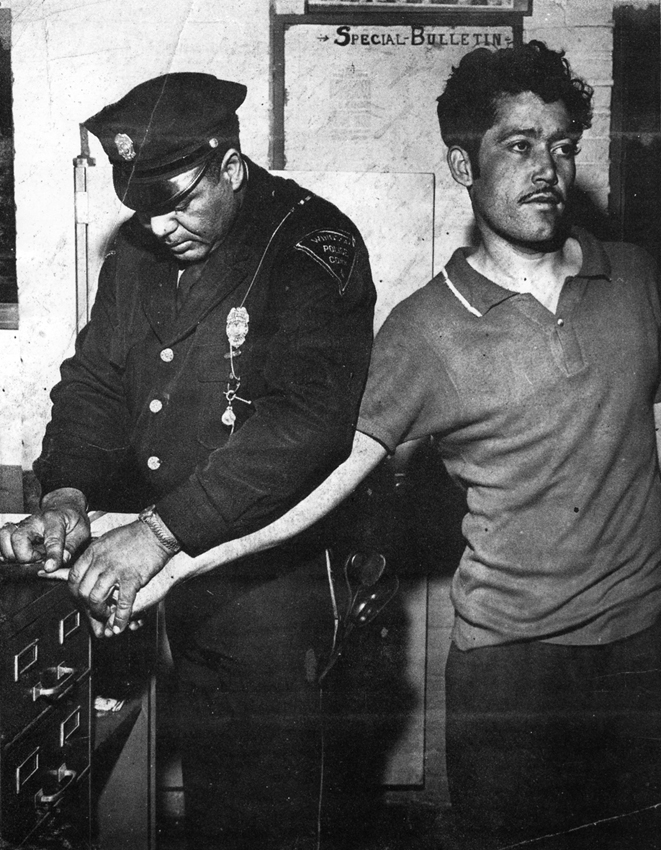 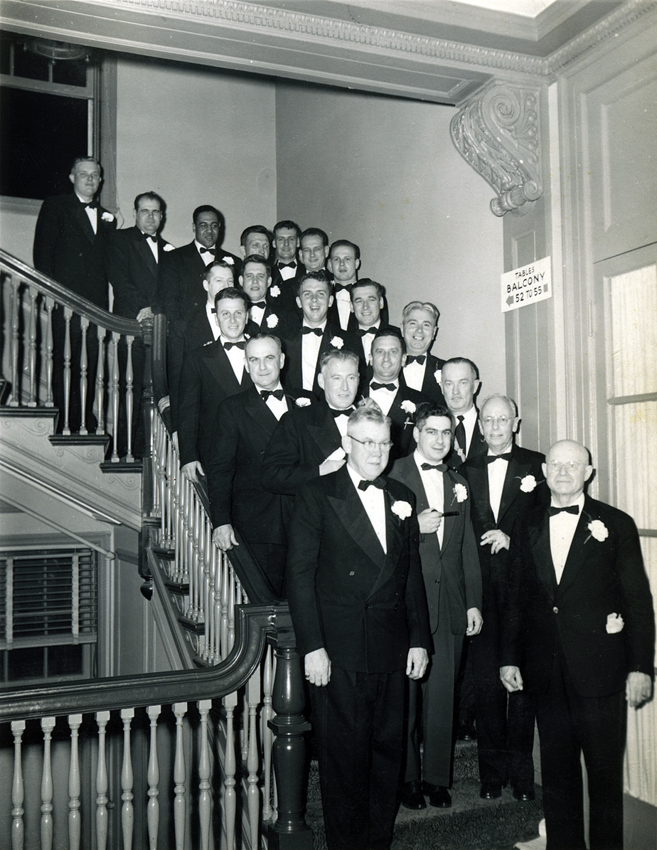 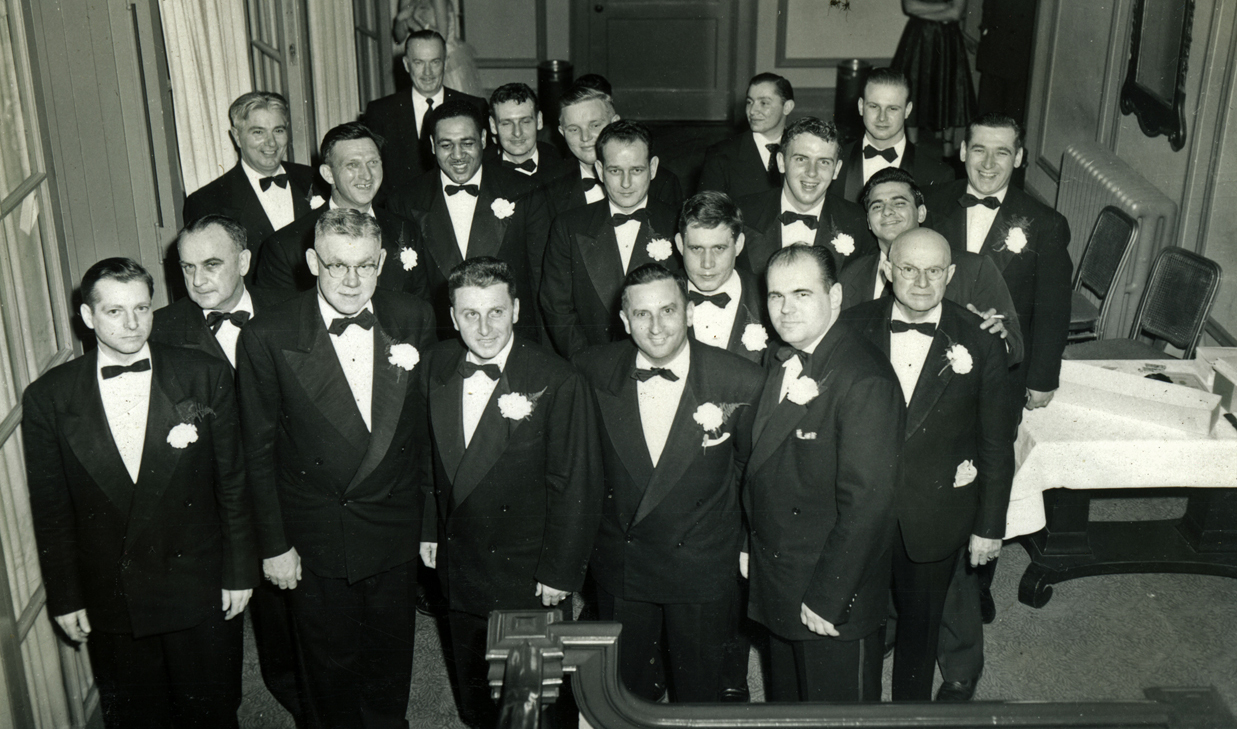 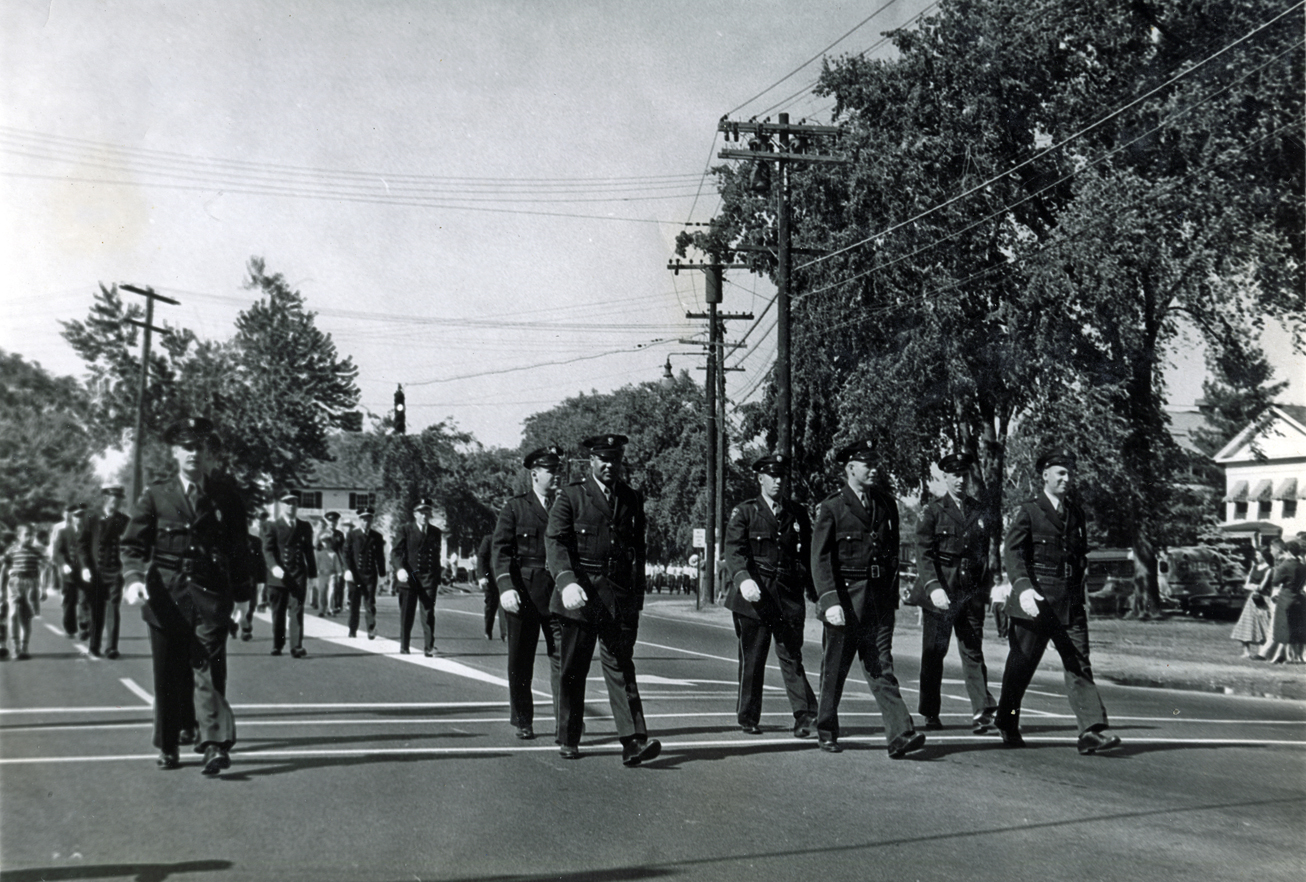 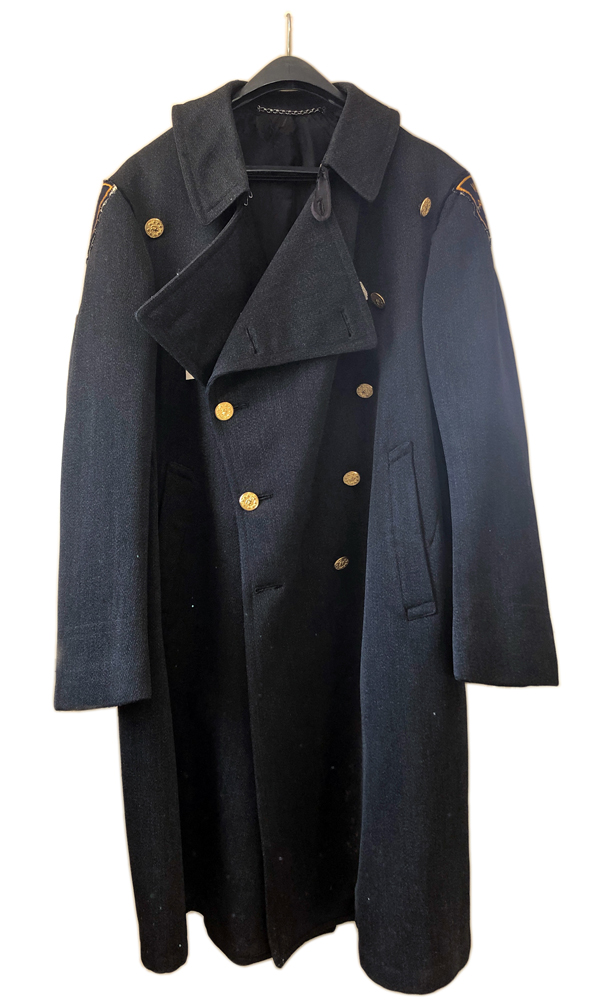 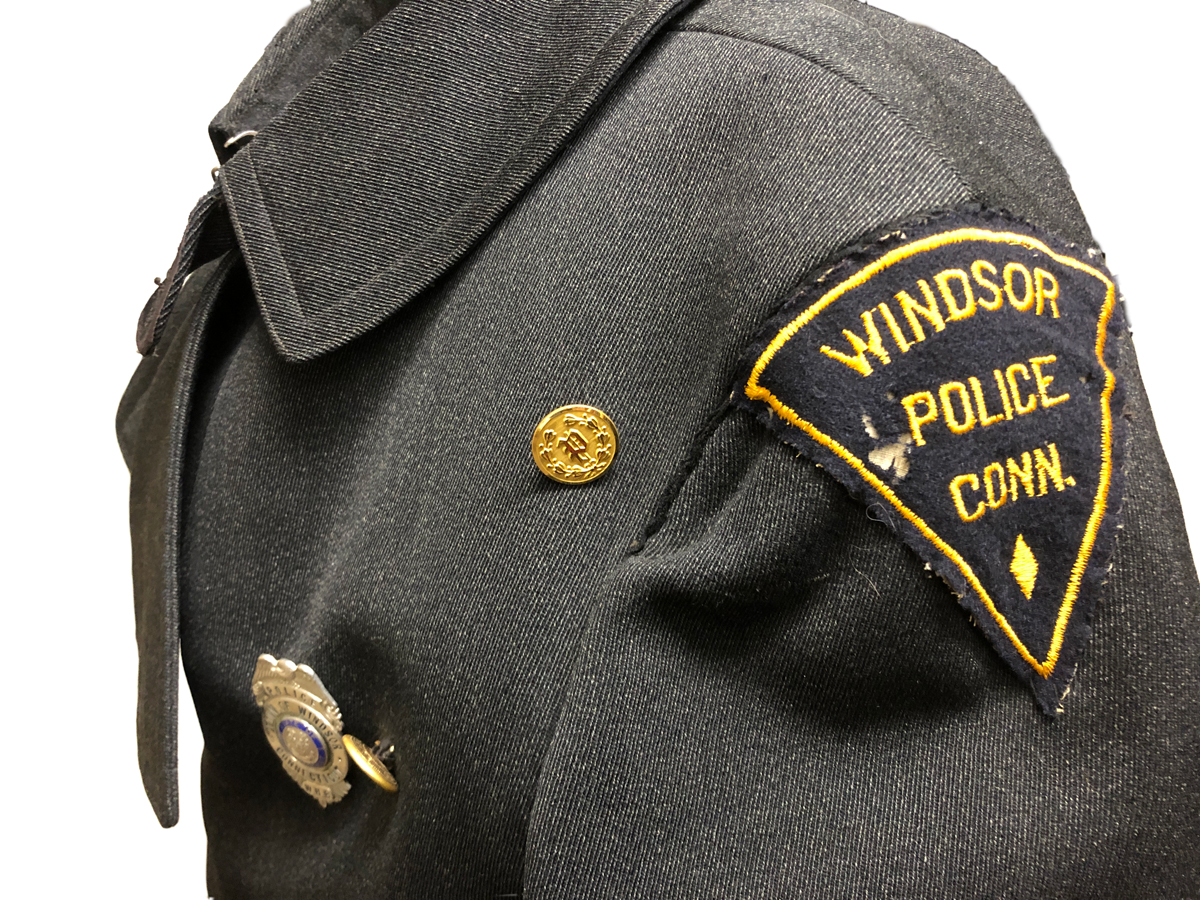 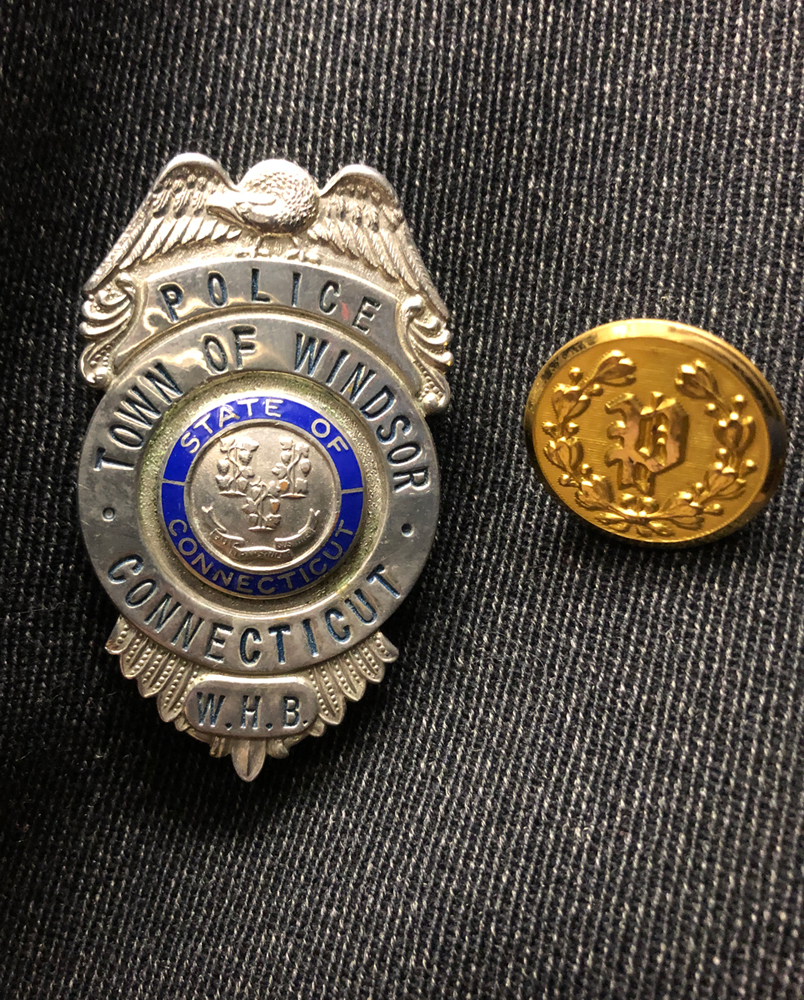 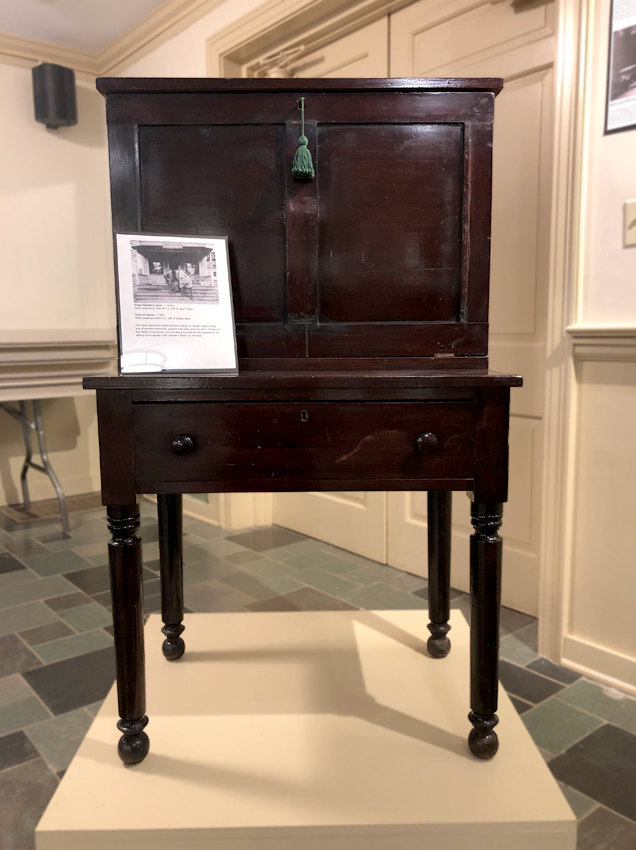 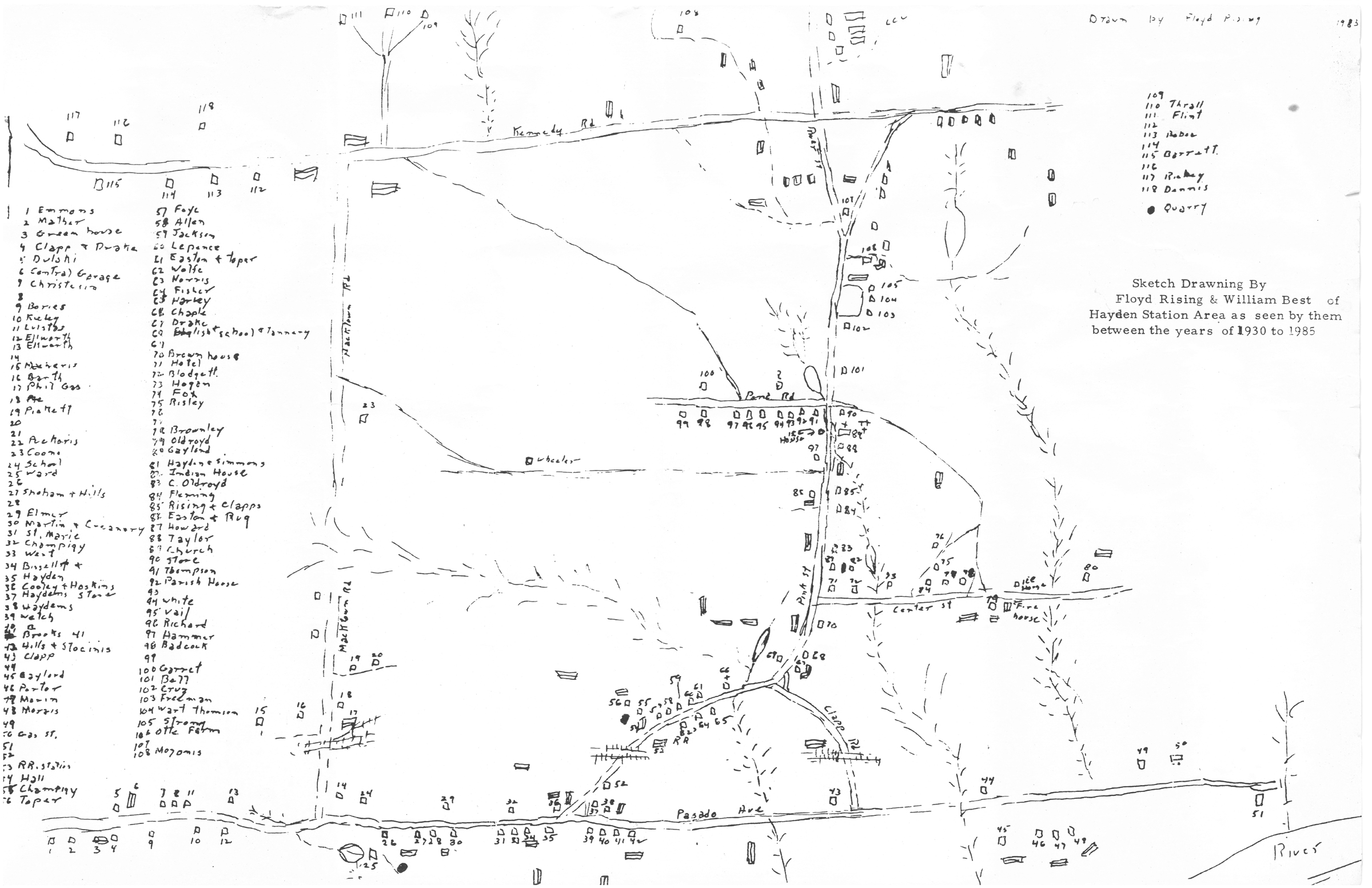 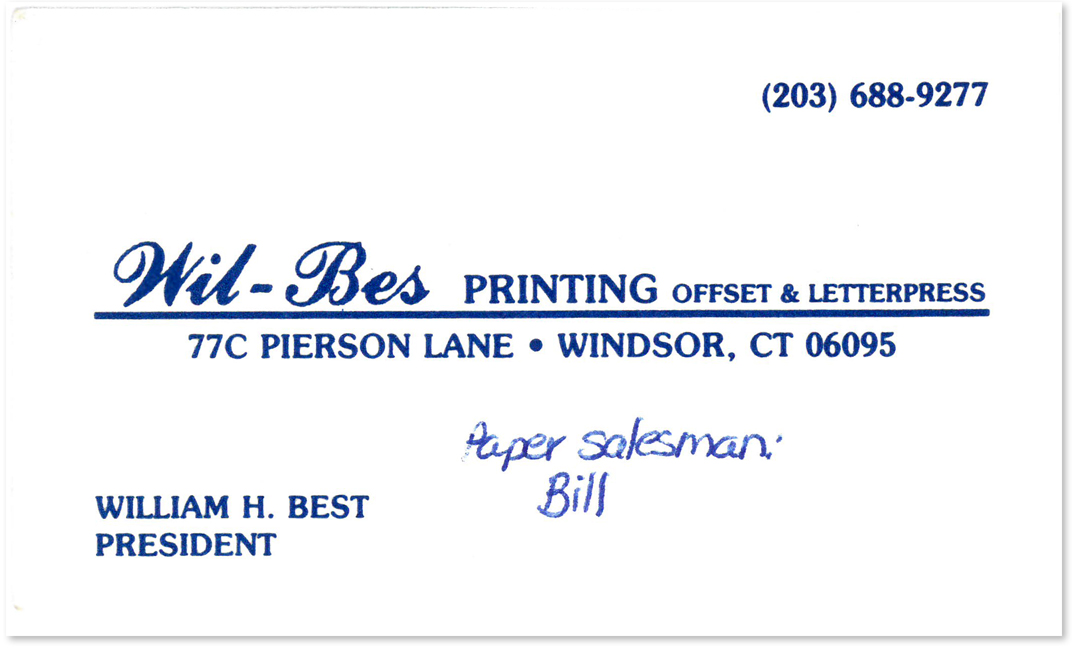