The Road to the Creamery

What side was your bread buttered on? If you were living in Windsor around the turn of the 20th century, you probably would have answered “The side with the Windsor Creamery butter on it!” Never heard of this company? Neither had we until we found a picture proving its existence. 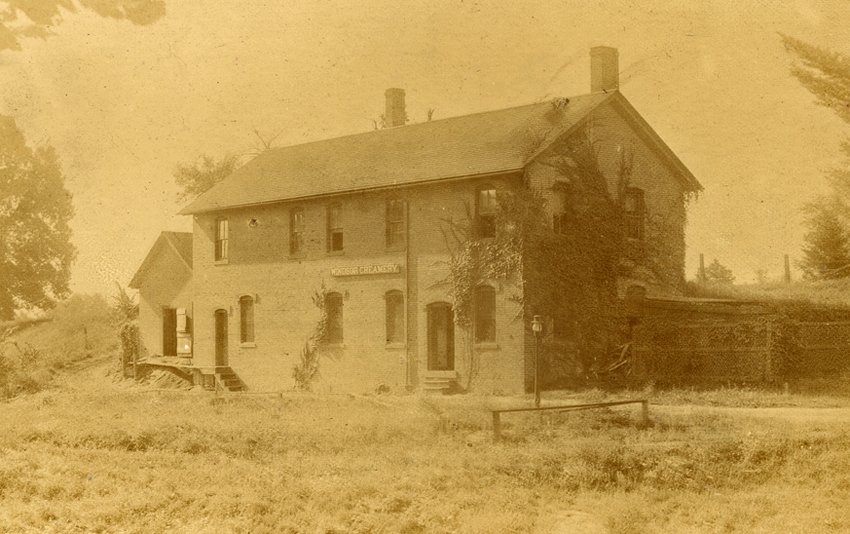 Now the mystery was – where was it located? Indications were that it was near the corner of Broad Street and what is now known as Batchelder Road. If you’re familiar with Batchelder Road, you’d say, “That’s impossible” because of the configuration of the road with the railroad overpass and the high banks on each side. Articles we have found in the Hartford Courant archives tell us there was indeed a manufacturing plant in that area, and that the hill was called Creamery Hill. Because of the height of the land, the manufacturing plant was set into the hill. It appeared to be one story high on the south side and two stories on the north side. Milk was brought to the creamery by wagon in large metal milk cans. It seems that at that time the narrow road went up over the railroad tracks with a steep grade and a dangerous crossing. 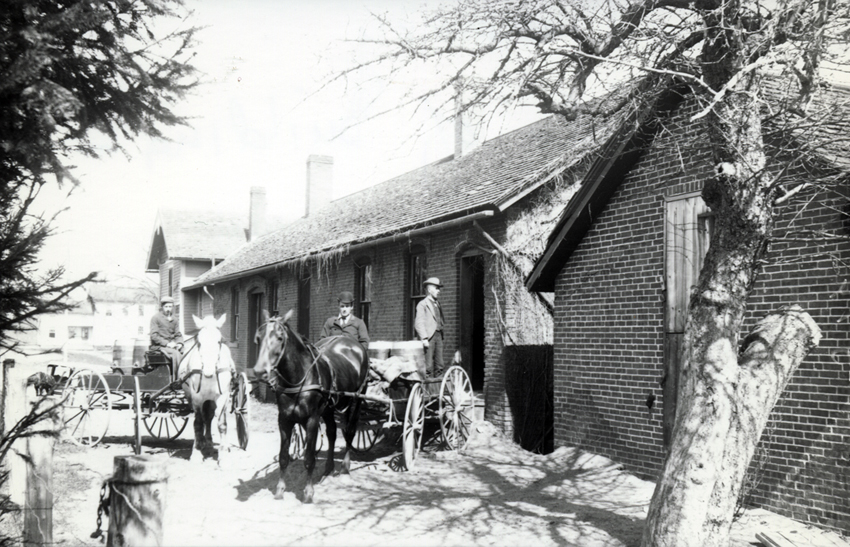 We searched further and found that in 1885 some farmers and dairymen of Windsor and Bloomfield formed a co-operative society, the Windsor Creamery Association, which would process their raw milk and distribute it in the form of cream or butter. The Creamery operated profitably for nearly 25 years under the leadership of David J. and Horace H. Ellsworth. Their butter was even awarded first prize at the World’s Fair in Chicago in 1893.

In 1910 the dairymen wanted to expand the association and install a separating and pasteurizing plant in connection with their butter-making business. It would be necessary to obtain the promise of milk from at least 400 cows to insure a successful operation. However, the demand for milk by wholesalers in nearby cities took a number of farmers away from the Creamery Association. They believed they could realize more profit by disposing of their milk through a dealer than by making it into butter. In addition, a number of the dairymen were retiring. In 1912, the co-operative voted to go out of business.

At this same time, the Loomis Institute (now Loomis Chaffee School) was about to start building their new campus on “The Island.” The Institute trustees decided they wanted to obtain a safer right-of-way to reach their school. In 1912, they purchased the Windsor Creamery Association property for $5,000. The property consisted of the manufacturing building and an adjoining manager’s house which was constructed around 1896. 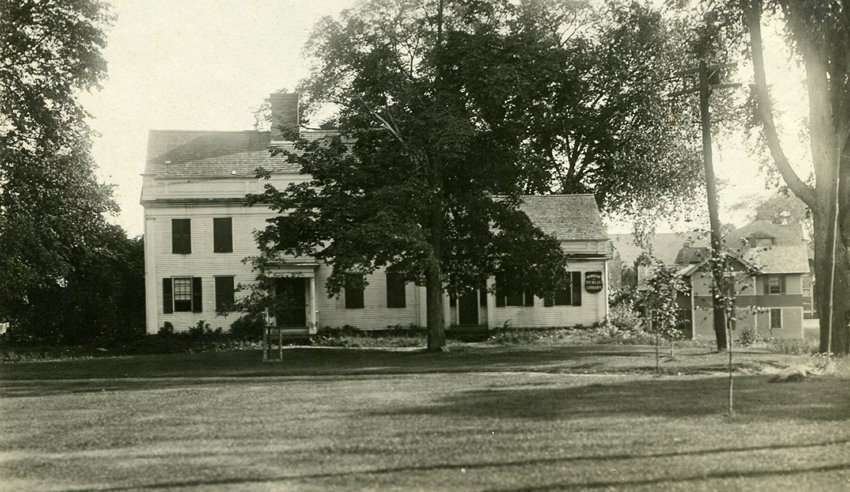 The New York, New Haven & Hartford Railroad was also anxious to replace the grade crossing at this location. They joined with the Loomis Institute in an undertaking to widen the road and have it go under the railroad tracks. The manufacturing plant was demolished in 1913, and the house was moved south a couple hundred yards up the hill behind St. Gabriel’s Church and now sits at 47 Stinson Place. Excavated fill from the Loomis buildings’ foundations was used to build the high causeway on the east side of the railroad. When the new road connecting the school with Windsor Center was completed, it was named for Loomis Institute Headmaster Nathaniel Batchelder. Although the town did not share in the expenses of its construction, it did take over maintenance of the road. Traces of Creamery Brook can still be seen as it meanders through the area, but much of the stream now runs underground through a culvert.

By Bev Garvan, Historian, and Barbara Goodwin, Librarian, 2007 (with special thanks to Gary Buda for info on the current whereabouts of the creamery manager’s house)
Top image: Windsor Creamery on what is now Batchelder Road, circa 1900-1912. Windsor Historical Society collections 2011.1.82.