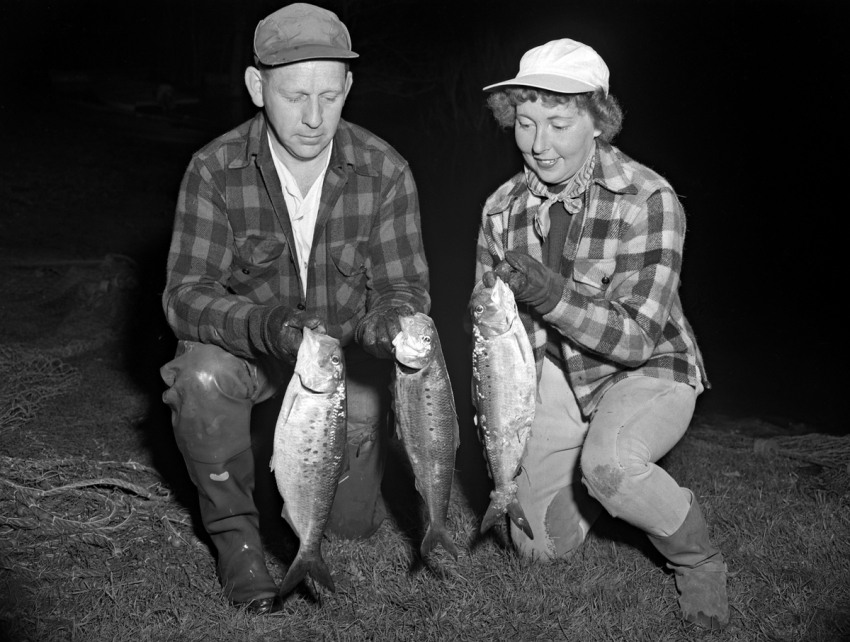 Husband and wife Jasper and Rosalind Morgan with their shad catch in 1951. WHS collections 2001.54.98, photo by Philip F. Ellsworth.

No, it’s not just about a hat. No, it’s not about a soap box derby. It’s about a fish! The shad, largest member of the herring family, is also known as Alosa sapidissima, which roughly translates from Latin as “good to eat” or “most delicious.” Females are called roes while males are called bucks. Most shad today are between five and seven pounds, with the roe generally being heavier by two or three pounds. Shad are an anadromous fish meaning they spend most of their lives in saltwater but lay their eggs in freshwater. The shad come up the Connecticut River and pass through tributaries such as the Farmington River. After spawning in the spring, most of the fish, with the exception of the young ones who stay until fall, remain about six weeks before they head down the Connecticut River to the shoreline, then back up the Atlantic Ocean to Canada’s Maritime Provinces.

During Connecticut’s colonial era, it was said that shad were so abundant and cheap that masters would have chosen to feed their servants nothing but shad had not a law been passed to restrict the number of shad meals a master could feed his servants in a week. In the spring of 1879, the shad run was estimated at 400,000 shad, but by 1920 this number had dwindled to a mere 13,000. By this point the shad were also much smaller in size and weight than their predecessors. This decline was attributed to overfishing, pollution, and the newly constructed dams in Enfield, Connecticut, and Holyoke, Massachusetts. These dams sealed off part of the spring run of the shad. Shad numbers have increased since then. In 2008 it was reported that a total of 163,460 shad were observed migrating through Connecticut dams. While the number of shad has dropped since colonial times, they still hold a special place in Windsor with its annual Shad Derby, which has become a treasured tradition. 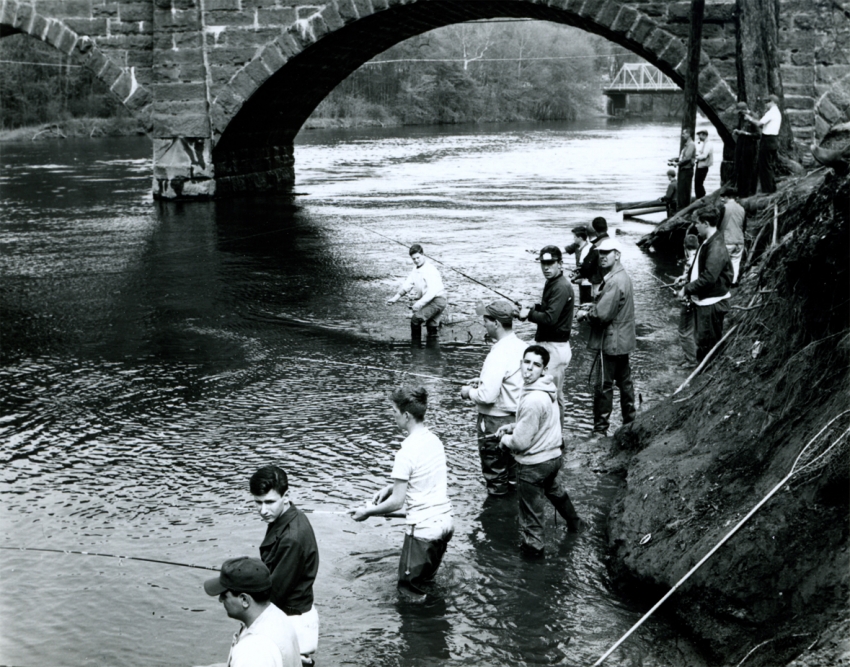 Fishing on the Farmington River next to the stone railroad bridge, undated. WHS collections 1996.55.603, photo by Julius Rusavage.

It all started in 1955 when the director of the Windsor Rod and Gun Club, John Cardillo (more fondly known as Mr. Shad), became concerned with the polluting of the Connecticut River. To draw attention to the river’s condition and the resources it had to offer, and to have a sport competition to rival Wethersfield’s big golf tournament, the club organized a one-day fishing tournament. The first headquarters for the shad tournament were simply a trailer located behind the cottage Cardillo built for his parents on Cottage Street in Windsor.

The Shad Derby evolved into a full-blown festival when the Windsor Chamber of Commerce joined forces with the Rod and Gun Club in 1966. The Chamber did this to promote the town of Windsor and its businesses to those attending the event. Windsor residents Frank Parker, Harry Ellingwood & Stanley Loucks helped create the Festival & Parade on the Green, and that same year Al and Gloria Kousch established the Shad Derby coronation ball to select a young woman as queen to reign over the various festivities. In order for queen candidates to meet the various people involved with the derby, Vivian Whelan and Marge Ellingwood invited the candidates to tea. This special occasion began in 1969 under the chairmanship of William Dumais and Vera Daves and has now evolved into the Champagne Reception tradition.

In 1970, Roger Olsen began the tradition of passing a Shad Derby derby hat from the previous year’s chairman to the present year’s chairman, symbolically passing the responsibility for the care and coordination of the festival. The derby pictured here was used between 1970 and 2007. The leather hatband along the inside of the crown contains the names of all the chairmen who have worn the derby. The Shad Derby chairman wears the derby hat during the annual parade and other festivities. For Windsor’s 375th anniversary, the original derby was donated to the Windsor Historical Society and a new derby is now being used.

The present day tradition of distributing numbered medallions and pins to the workers of the Shad Derby has its roots dating back to 1972. Roger Olsen designed the first medallion pin in 1971. Distribution of the medals occurs during a pre-Derby gala. 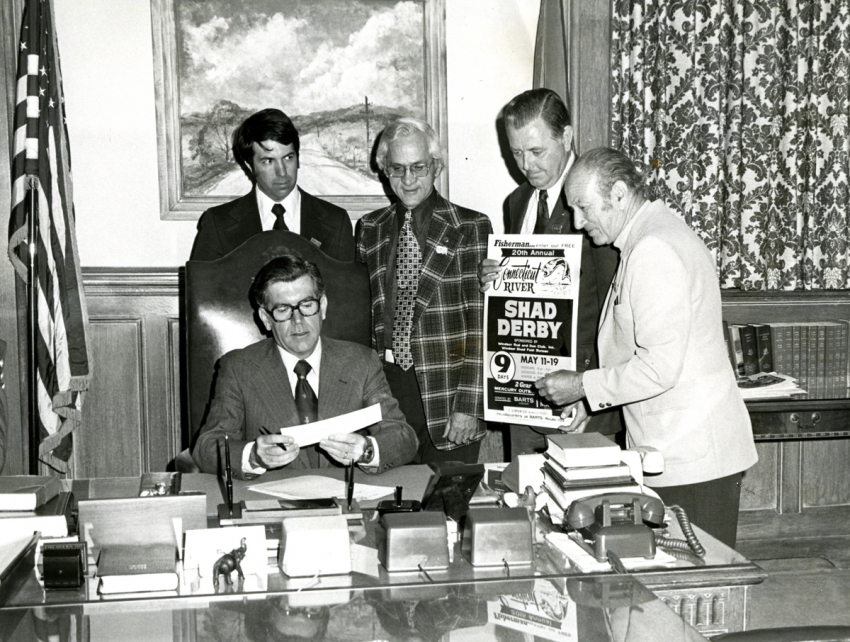 As the Derby grew, the need for manpower grew as well which resulted in Walter Whelan and Paul Wabrek seeking the addition of the Jaycees in 1972. The Jaycees assumed responsibility for the organization of the parade and activities on the town green.

On May 7th of 1976, the Shad Fest Bureau was officially chartered with the State of Connecticut as a non-profit organization. The Bureau was created to control and organize all of the Shad Derby activities as well as to determine policy and develop financial support for the festival. Each year the Shad Fest Bureau appoints a general chairman who organizes the necessary committees and appoints chairpersons for various events. The charter members of the Bureau were the Rod and Gun Club, the Chamber of Commerce, the Jaycees, and the Junior Women. Additional organizations could be invited to join with unanimous approval of the charter members. 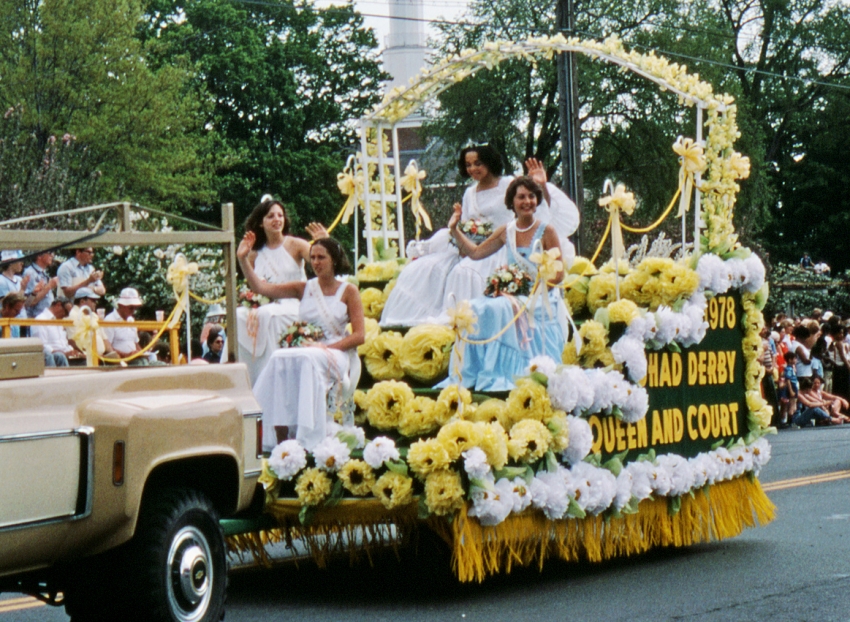 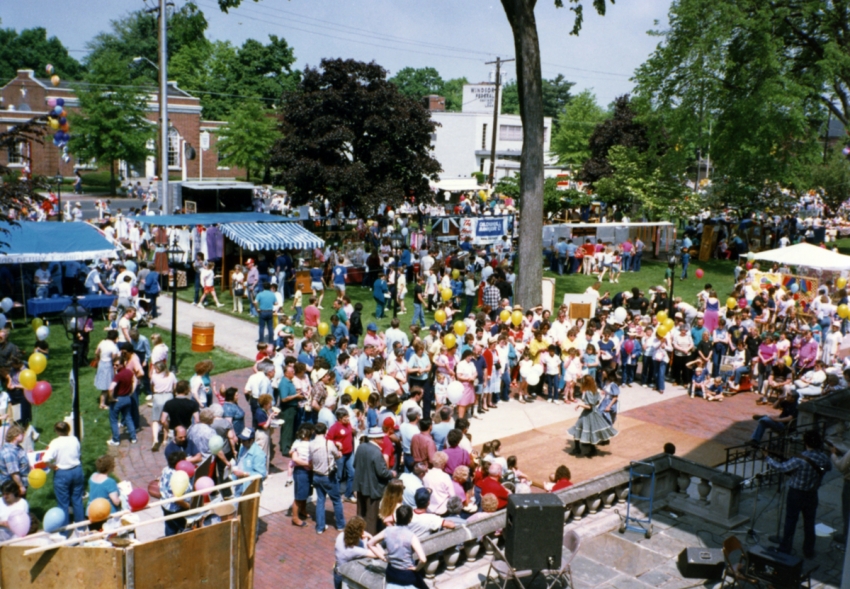 In 1980, the Lions Club joined the Shad Fest Bureau and established an art festival. Shortly after, the Kiwanis joined and their Runner’s Road Race has become a very popular Derby event. In 1982 the Civitan Club came aboard and assumed responsibility for the queen’s float in the Derby parade. The eighth group to join the bureau was the Valley Jaycees of Windsor, who assumed responsibility for the queen’s committee. The latest group to join the bureau was the Windsor Afro-American Civic Association who joined in 1991.

To bring the festival back to its more humble roots, the members of the Rod and Gun Club created the “Shad Masters” tournament in 1992. There is an entry fee to take part in the tournament, and cash prizes are awarded. Each May shad still migrate up the Connecticut River and fishermen gather on the banks of the Farmington River to try their luck. Windsor’s Shad Derby festivities provide area residents with a great opportunity to celebrate the beauties of a New England spring together. 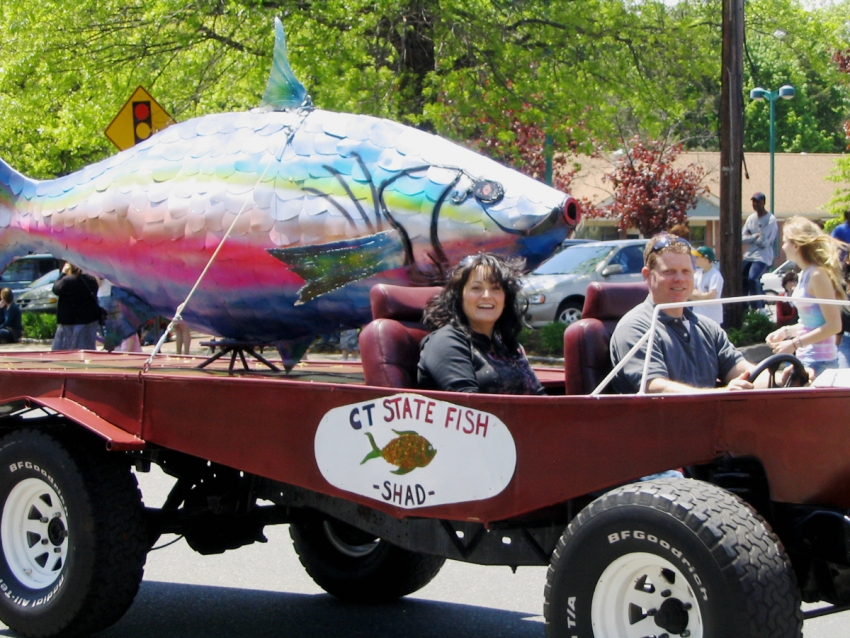 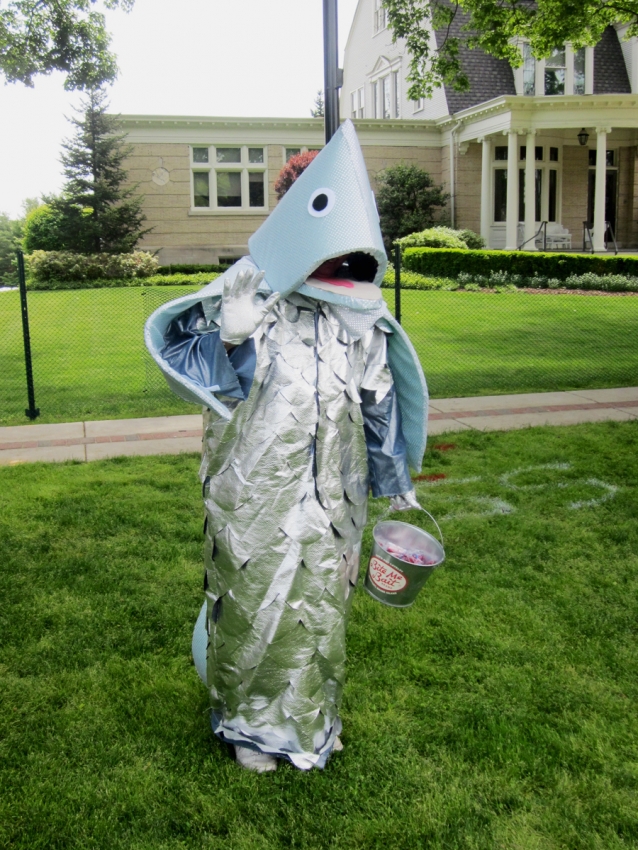