Putting the Pieces Together: The Rediscovery of the Katherine Barker Drake Photographic Collection 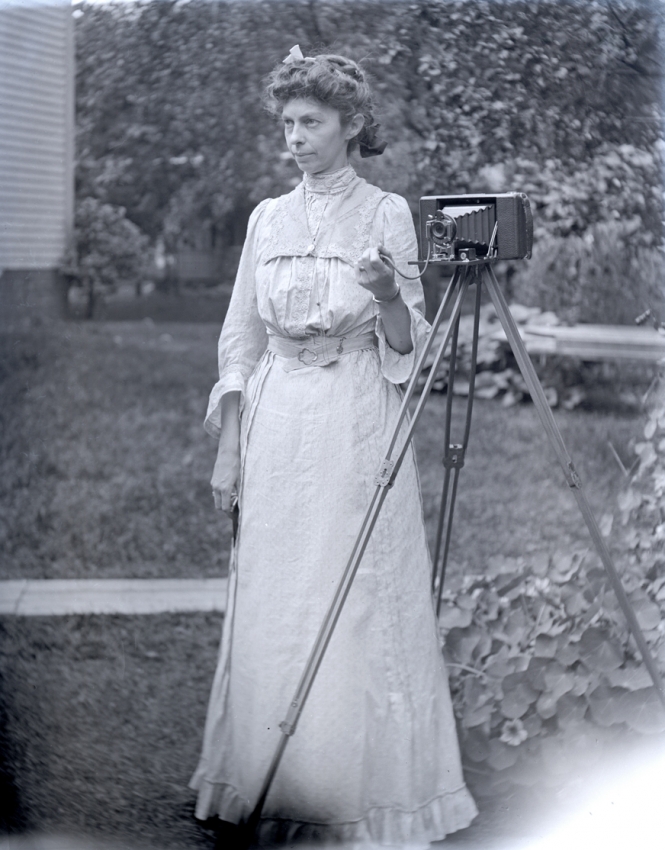 “Aha!” moments occur in research when a combination of luck and hard work causes fragments of information to fall into place, answering one or a series of questions. I recently experienced such a moment, and it led to the identification of the photographer of several hundred historic photographs in the Society’s collections.

It all began with the early-20th-century photograph of an unidentified woman posed next to her camera. Her image is one of over 400 glass plate negatives in a photographic collection containing images of historic Windsor houses and unknown portraits. I found the unidentified collection in the Society’s darkroom when I began re-housing glass plate negatives into archival envelopes. I subsequently discovered that some of the negatives matched prints of historic Windsor houses found in the Society’s library. Prints from the negatives were also found in several privately-owned collections. Neither the negatives nor the prints revealed information about the photographer, and the photographs left many unanswered questions. Who took the photos? Was it the female photographer? Why were there so many photos of Windsor houses?

I used the photograph of the woman and her camera to advertise the Society’s Camera Crazy photographic exhibition in early 2008. While I did not know the woman’s identity, she was the type of amateur photographer I highlighted in the show. I also secretly hoped that a visitor might recognize the woman.

As it happened, I was in luck! A few weeks after the show opened, I received a call from Gerald E. Barker, who told me excitedly, “That’s my Aunt Katie!” He identified the photographer as his great-aunt, Katherine Barker Drake. Gerald and his wife Mildred Rose Barker also identified several other people photographed in the collection and generously gave the Society over fifty additional photographs taken by Mrs. Drake.

Once I knew Katherine’s name, I began to research whether she was the photographer of some of the other glass-plate negatives, especially those of the historic Windsor houses. I learned that Katherine was born in 1861 to Ellsworth and Sarah King Barker and spent a happy childhood at 335 Palisado Avenue in Windsor. She married Frederick Drake around 1885 and lived most of her married life at 44 Maple Avenue in Windsor Center. Katherine and Frederick had no children, but Katherine remained close to her two brothers. She spent her final years living with her nephew, Charles Barker, and died in 1956 at age 94.

Katherine was proud of her family’s deep Windsor roots, especially her father’s Ellsworth and Barker ancestors. She became an avid amateur genealogist and a devoted member of the Abigail Wolcott Ellsworth Chapter of the Daughters of the American Revolution. Her relatives recall that she spent many hours in the Connecticut State Library researching her family tree and Windsor history. 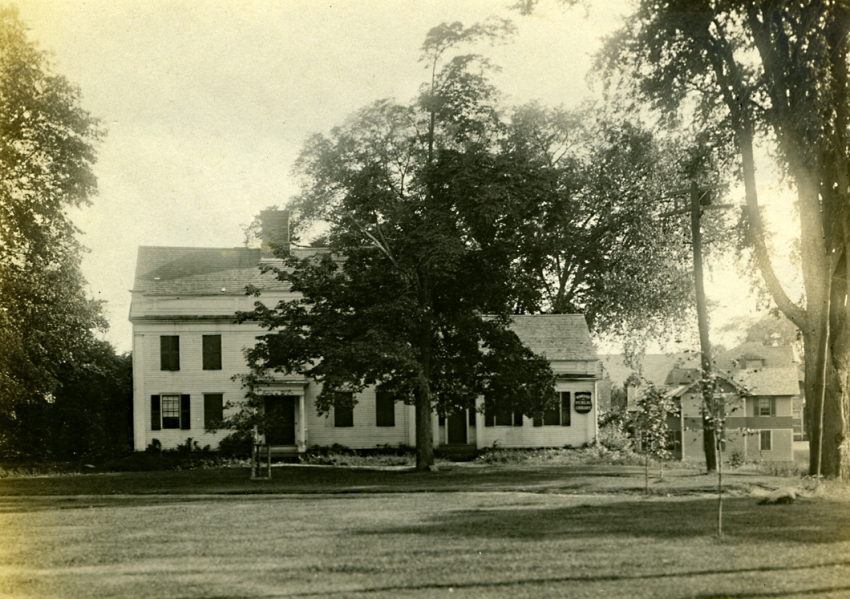 Katherine’s other passion was photography, and she enjoyed using photographs in conjunction with her historic research. She photographed over 100 historic Windsor buildings and used the images to illustrate lectures she gave on Windsor history. She presented her lecture and slideshow at the Society in 1923. She also compiled prints of her house photographs in a self-published collection, Photographs and Epitomes of Old House, Historic Building, Gravestones, Places, and Objects of Interest in Windsor, Connecticut, completed in 1933 for Windsor’s Tercentenary. The original collection remains with her family, but a photostat version is housed at the Connecticut State Library. The historic house prints in the Society’s collection are a portion of that larger work.

While the Society now knows more about Katherine Barker Drake and her photographs, many questions remain. Did she sell prints of her photographs or simply give them to family and friends? How many collections of historic house prints did she make? There are also over 100 unidentified portraits of adults and children in her negative collection. Who are these people, and are they connected to Windsor? When did she or someone else donate her negatives to the Society? Perhaps another “Aha!” moment will provide the answers. 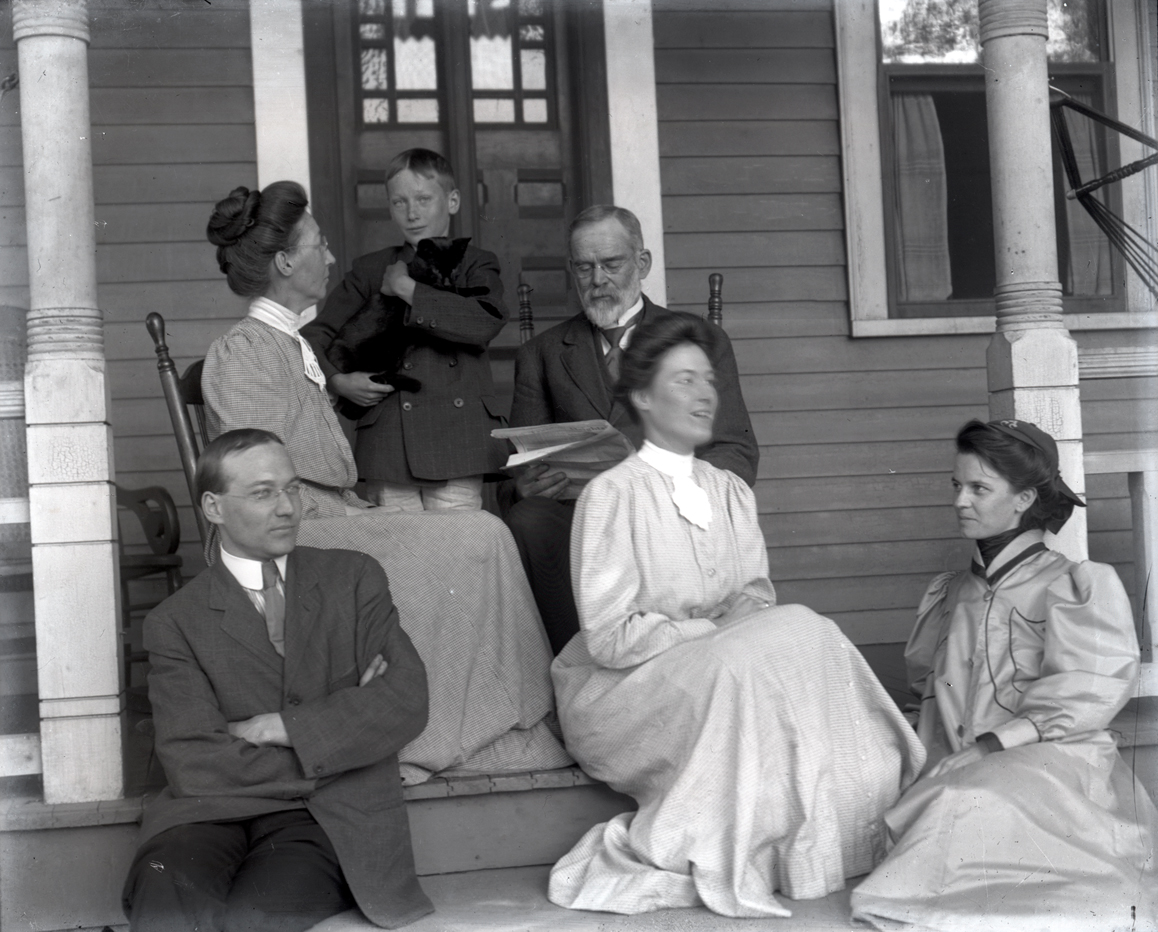 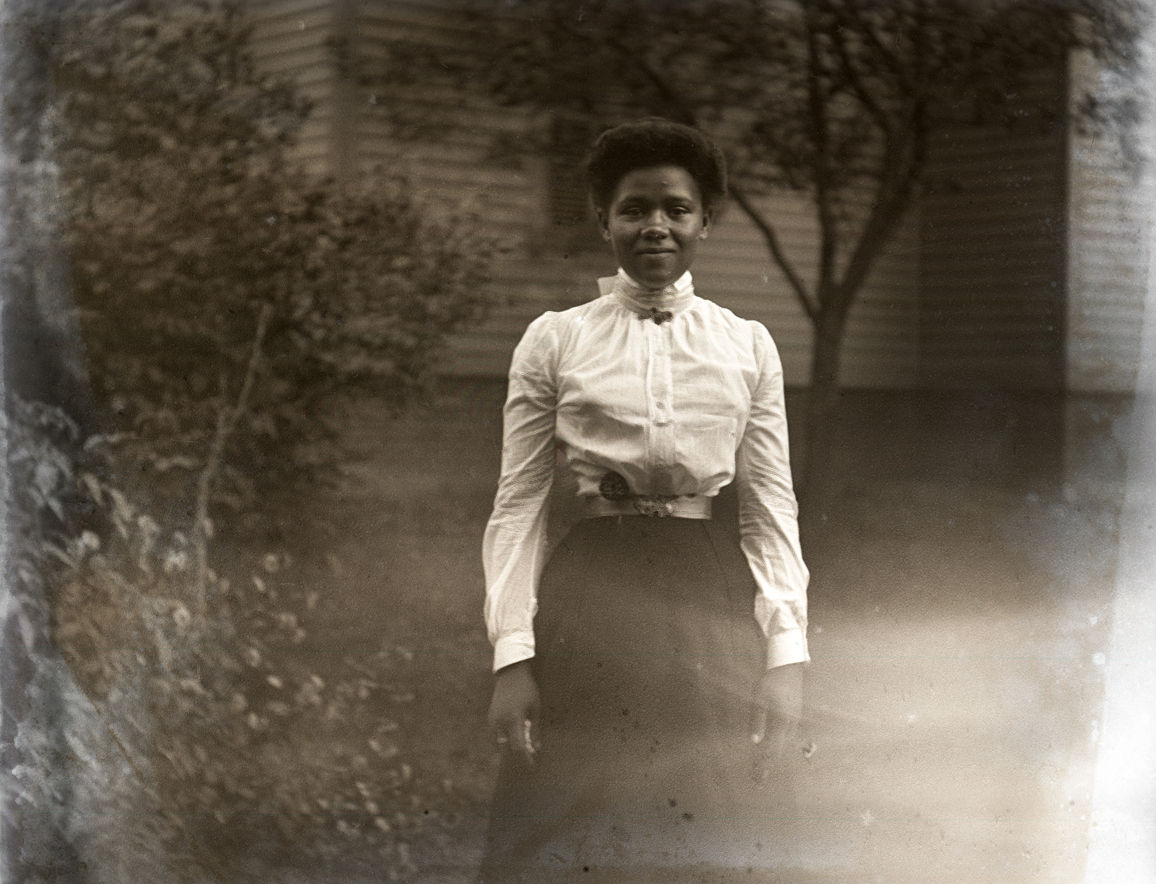 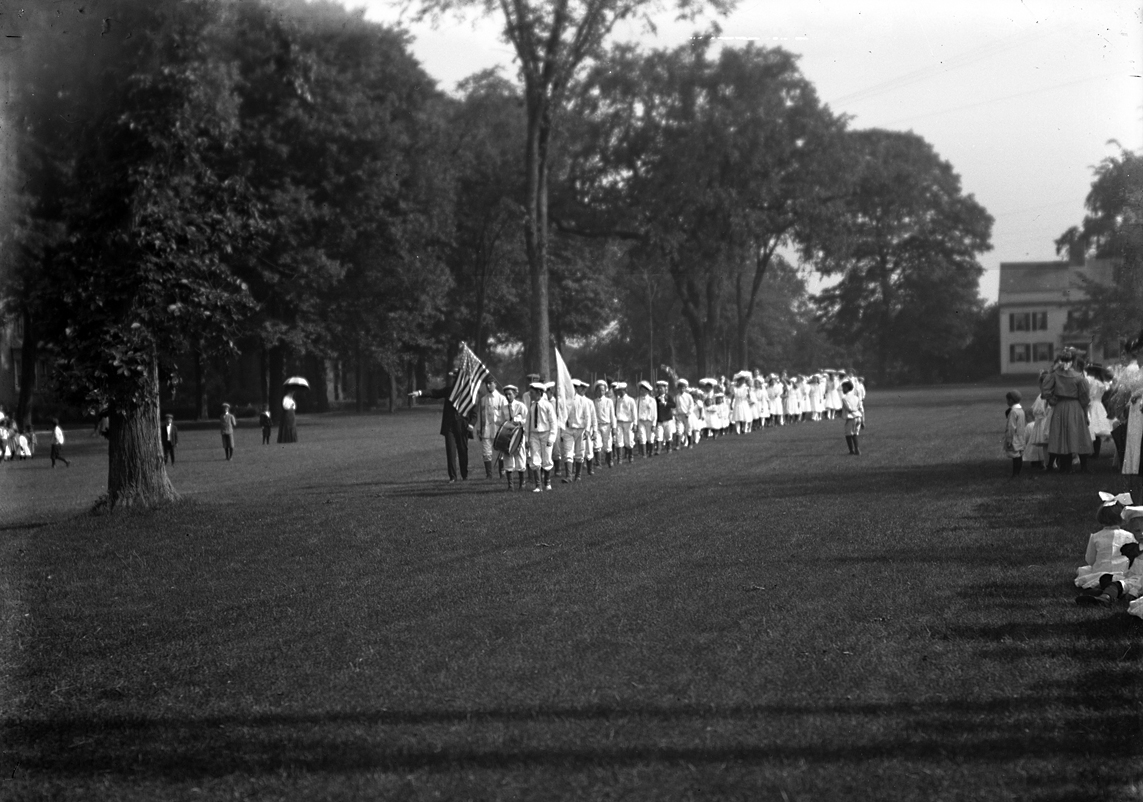 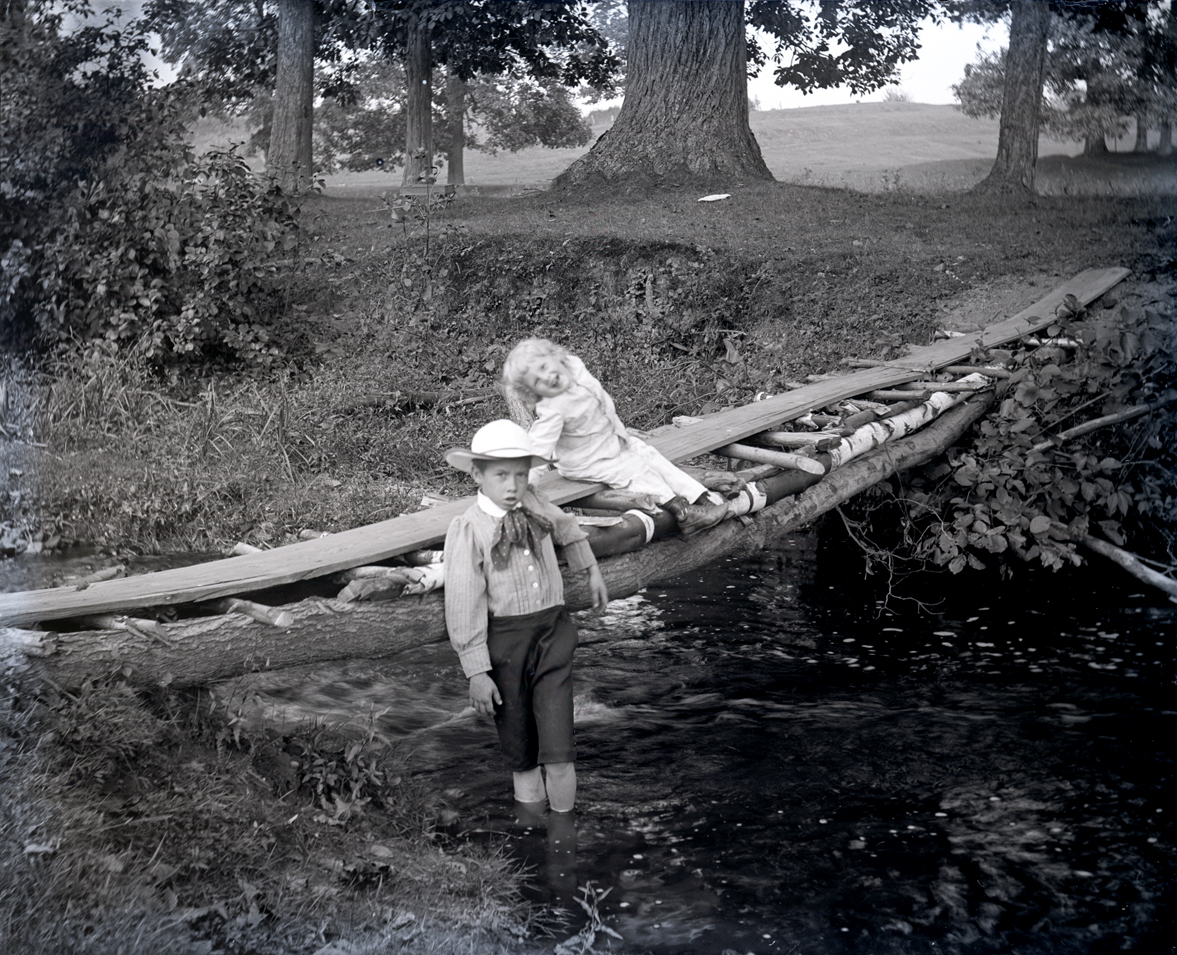 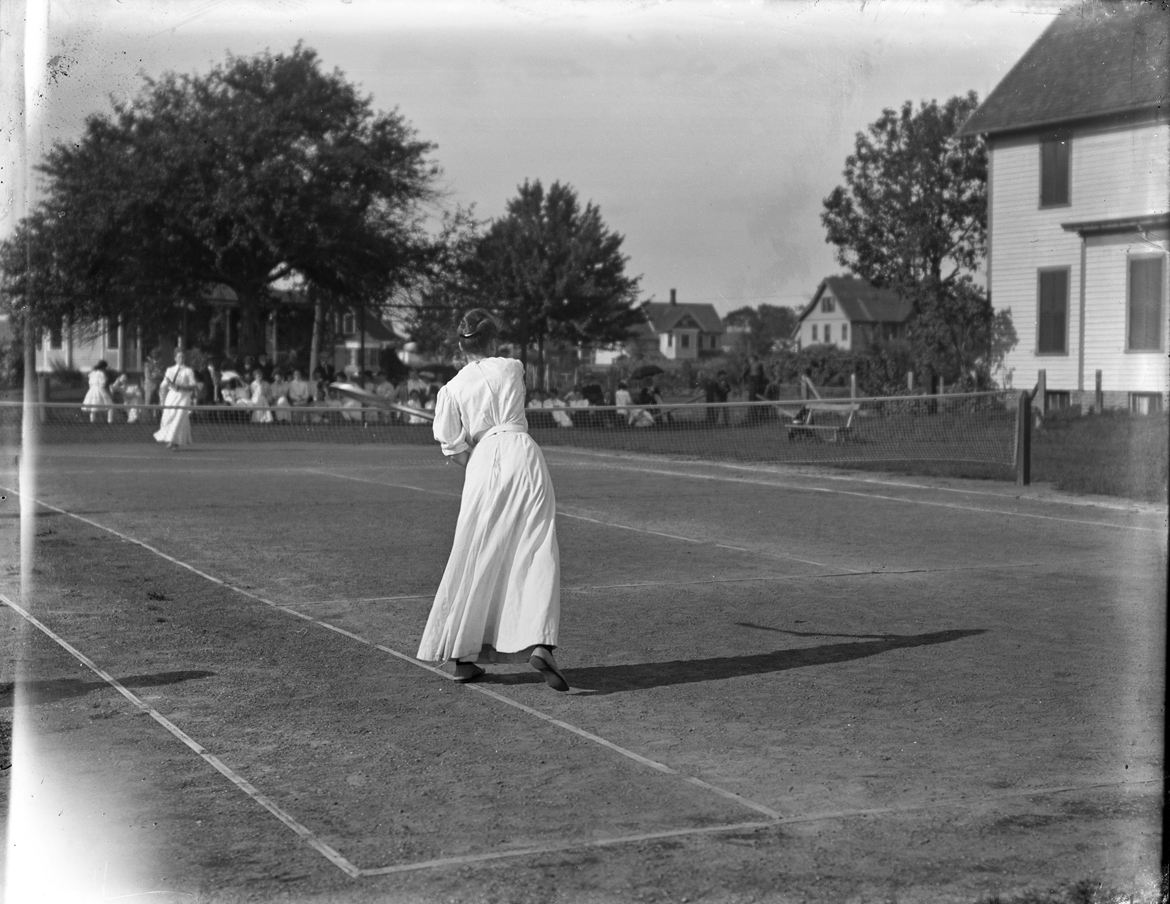 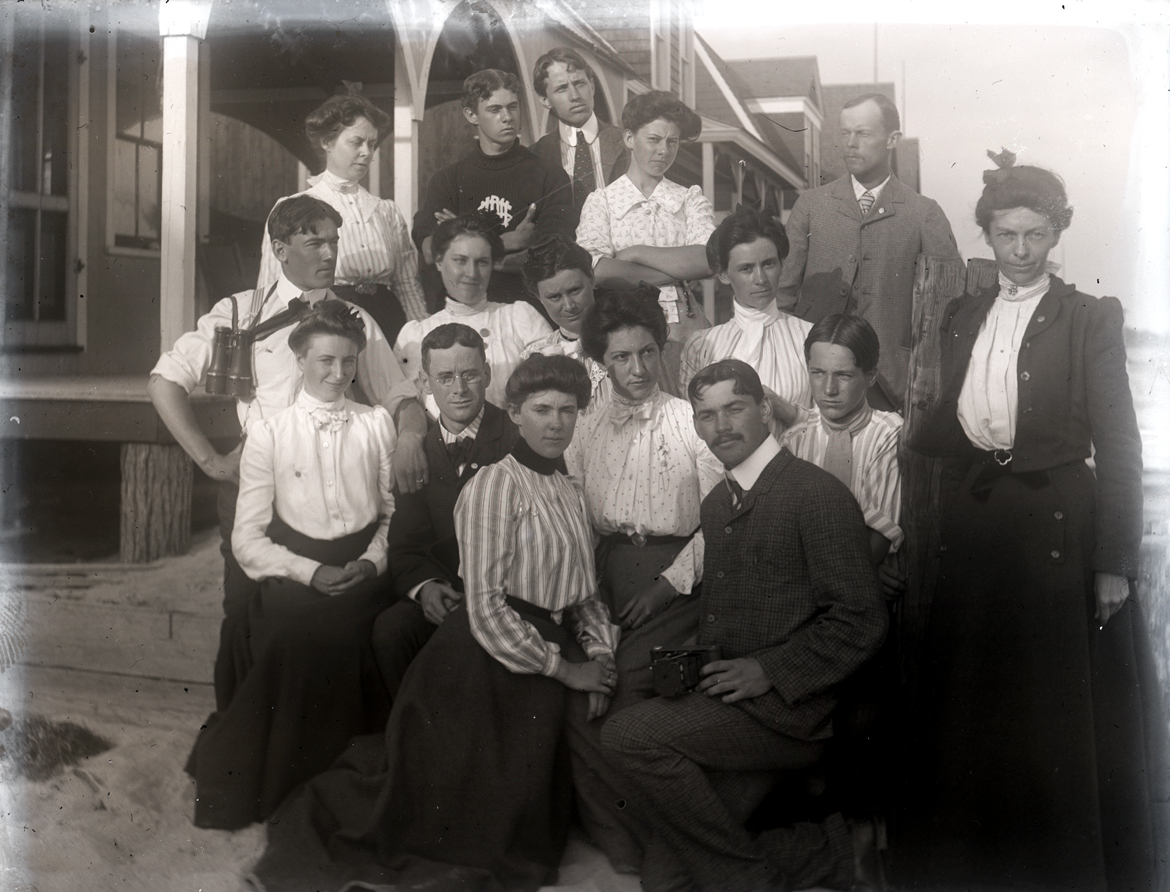 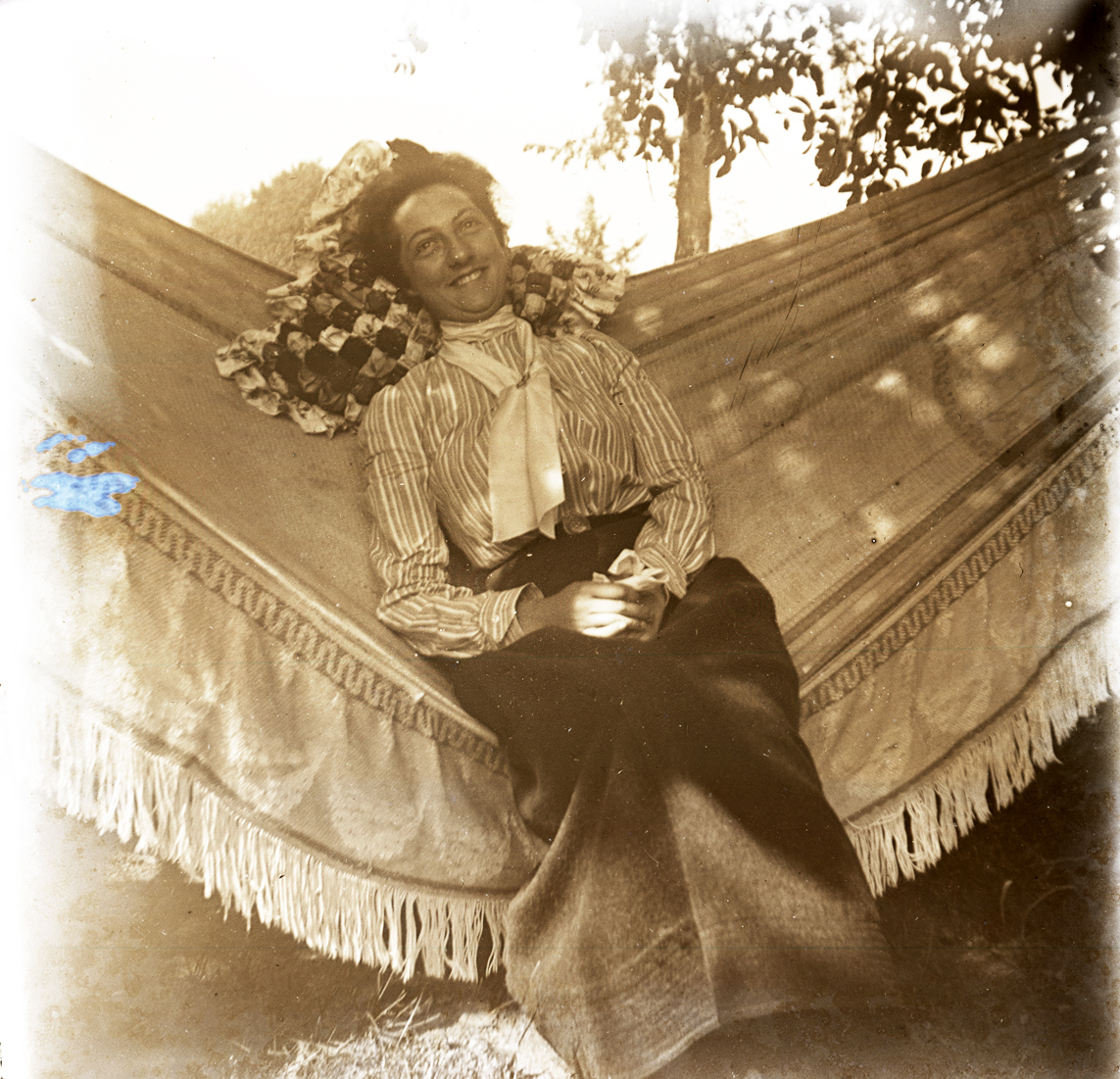 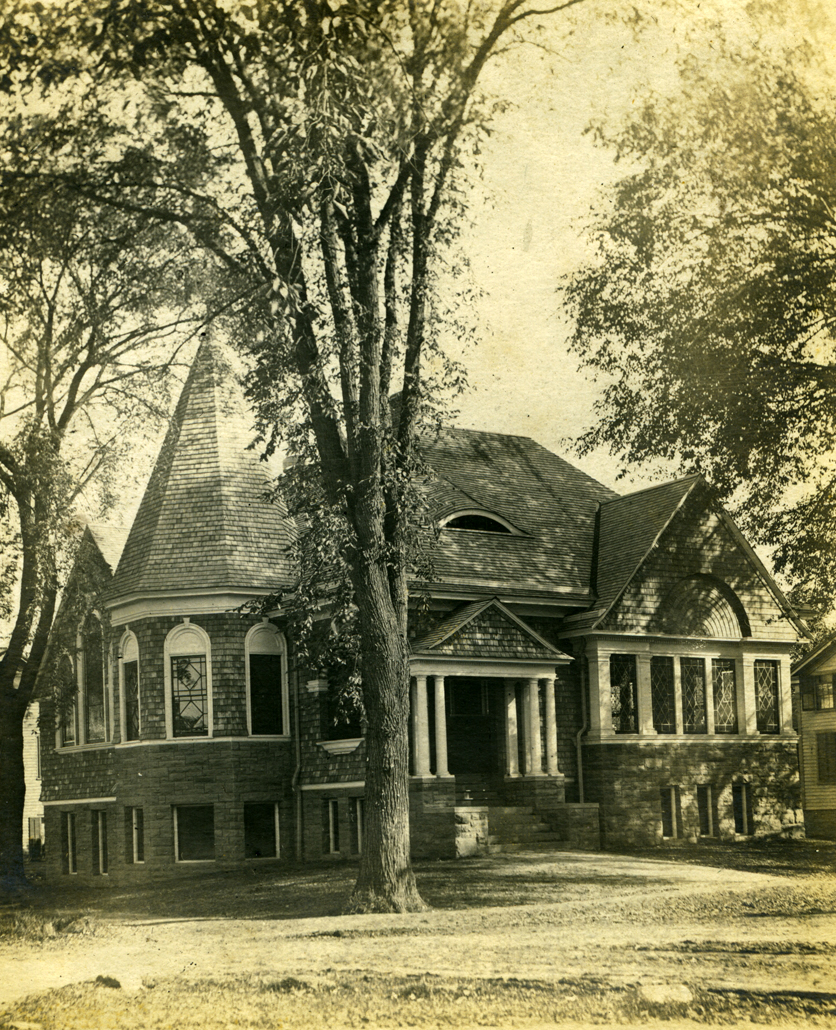 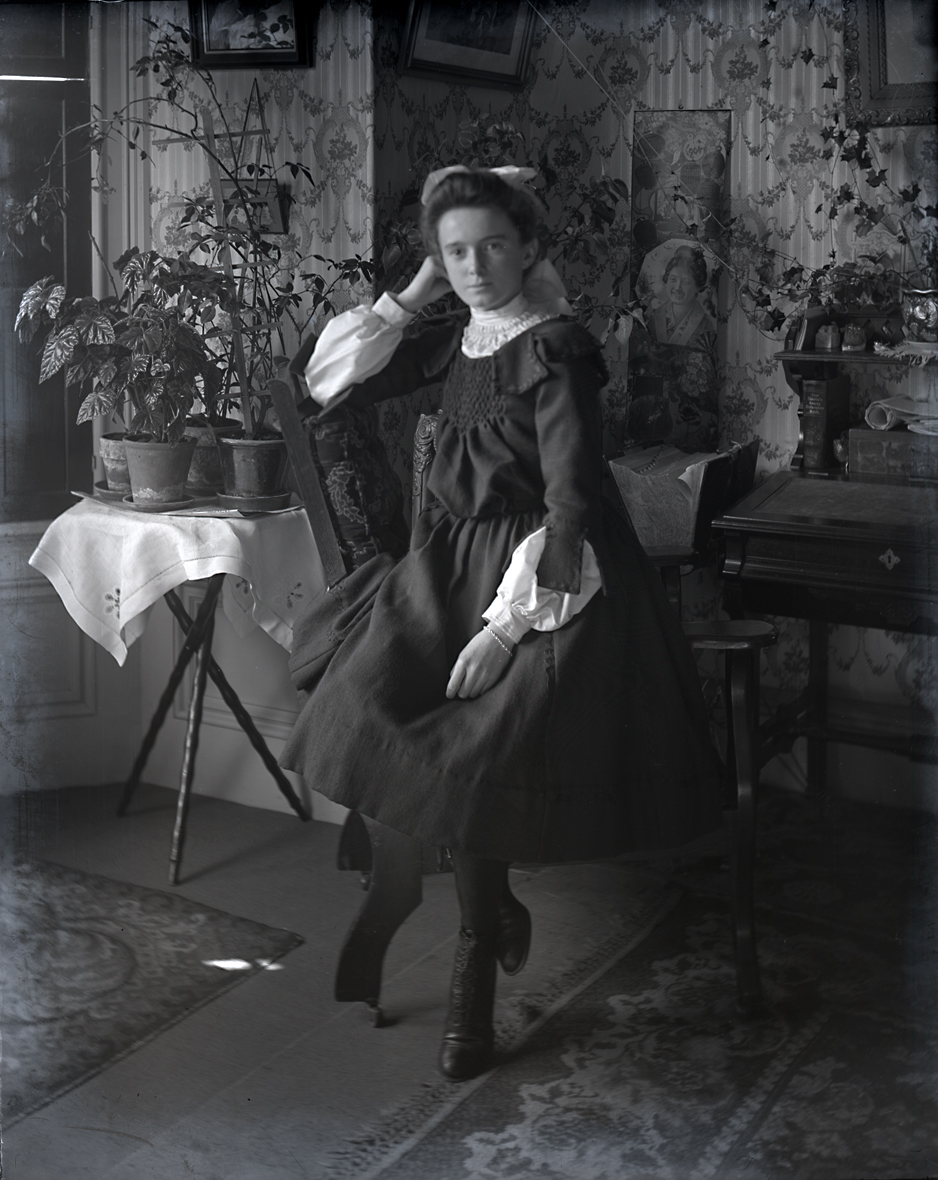 All photos by Katherine Barker Drake.