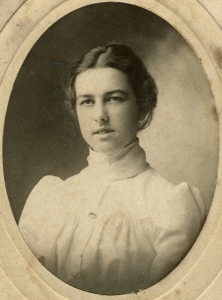 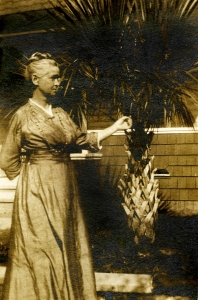 Grace L. Clapp (1881-1965) was born at 1245 Palisado Avenue, a house built by her grandfather Nathaniel L. Hayden. She was the daughter of Theodore Winslow Clapp (1835-1888) and Elizabeth Ellsworth Hayden (1839-1896). She graduated from Smith College, where she also taught, and became a professor of biology at Milwaukee-Downer College. She later retired to the same home where she grew up. At age 81, she made an audio recording of a paper she wrote about her neighborhood of Haydens/Hayden Station, which was named for her relatives and ancestors.

Clapp describes the accomplishments of many of her Hayden ancestors and other area residents who built homes, had businesses, and started local organizations there, including the Hayden brickyards and shipyard, 18th- and 19th-century taverns, the Hayden Station Chapel and Social Club, the Archer Memorial AME Zion Church, Hayden School, agricultural businesses, and the eponymous train station. She also gives brief biographies of significant residents like Chief Justice Oliver Ellsworth, Revolutionary War spy Daniel Bissell, and local historian Jabez H. Hayden, among others.