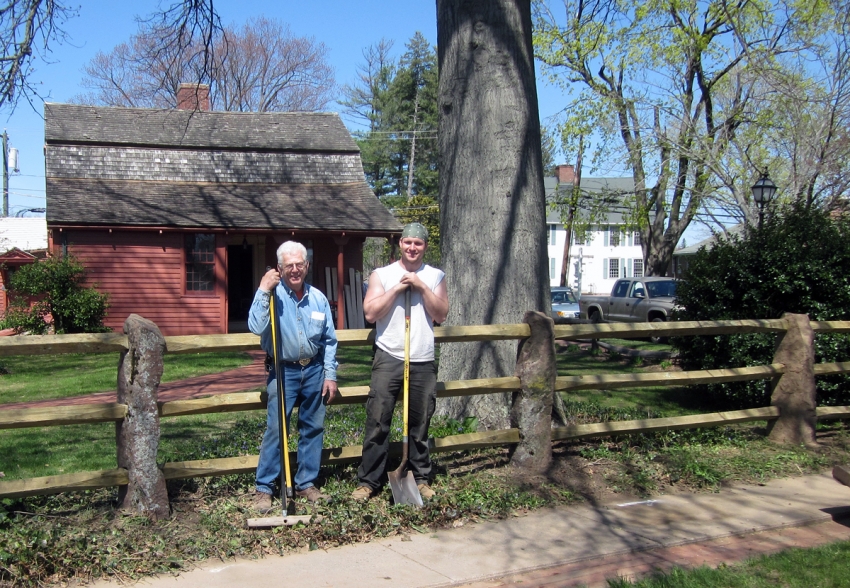 In April of 2013, Lon Pelton and Steve Stosonis installed six distinctive fence posts at the Windsor Historical Society. These roughhewn brownstone posts date to the 18th or 19th century, and were originally located on farmland belonging to the Thrall family on the south bank of the Farmington River. In 1950, many generations after their first use, construction on Interstate 91 through Windsor threatened to destroy these old fence posts, which were located on the floodplain of the Farmington River where I-91 would cross. Recognizing the historical significance of the posts, the Brown family, which was then living on the former Thrall land, moved them to their home at 1115 Poquonock Avenue, where they performed their duty for another 63 years. When the family decided to sell their home, Edward Brown donated the fence posts to the Society so that they could be preserved for generations to come. 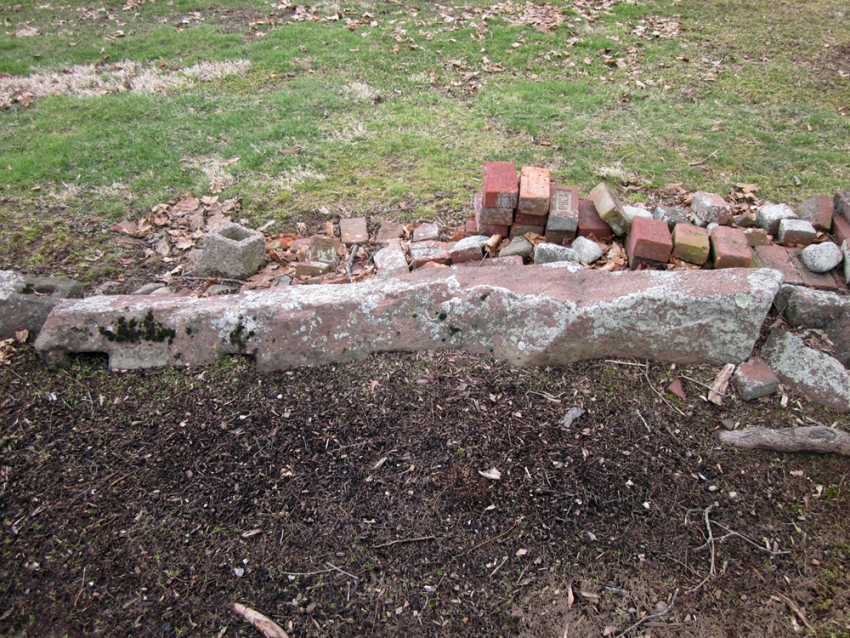 One of the posts at the Brown family home on Poquonock Ave., before excavation. Rail holes are visible just above the surface.

The donation was only the first step of the process, because then the heavy posts needed to be transported to the Society and planted in the ground. Enter Lon Pelton and Pelton Excavations. Lon carefully removed the posts from Poquonock Avenue and took them back to his workshop. One of the posts, which Lon called “peg leg,” was significantly shorter than the others and needed a new granite base. With its new base, it was usable again. 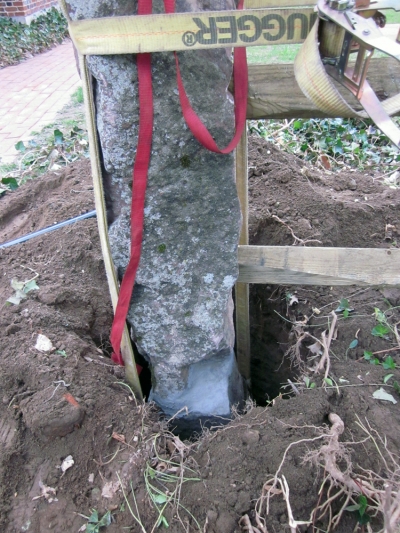 The corner post with new granite base being lowered into place, with the granite section to be buried and hidden underground.

Lon and Steve Stosonis brought the posts to the Society property and painstakingly installed them, along with pressure-treated rails. With their donated work and the Brown family’s donated posts, the Society has these historic fence posts to constantly serve as a reminder of Windsor’s agrarian past, present, and future. You can see the posts along North Meadow Road near the entrance to the Windsor Historical Society.

More research may reveal who crafted them originally and where the stone was quarried. If you have similar posts on your property, please contact our curator Kristen Wands or call 860-688-3813 x106. While the Society won’t be accepting any more posts for our property, other historic stone posts may shed light on how these fences were made and used throughout Windsor’s history.