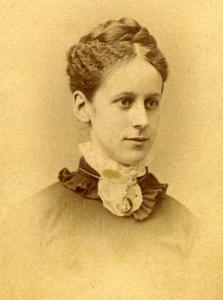 On June 30, 1892, after a four-year engagement, Miss Harriet Louise Cooke of Worcester, Massachusetts, married the Reverend Roscoe Nelson, newly appointed minister of the First Congregational Church in Windsor. From that time until her death in 1948, she was the Minister’s Wife, the Reverend Mrs. Roscoe Nelson. But she was that and so much more.

Born in Woonsocket, Rhode Island, on October 25, 1860, Harriet was the daughter of the Reverend Theodore Cooke and his wife, Martha E. Hale. She was the second of six children and their oldest daughter. Difficulties came early to this family when in 1871 Rev. Cooke died from cholera. Martha Cooke took her young family to her parents’ farm in Stow, Massachusetts. Their financial situation was difficult, but close family bonds gave them strength.

The importance of family is a fundamental theme throughout Harriet’s life. Close family ties, a well-disciplined habit of letter writing, and the family’s care in preserving these letters, have given us a window into the life of Harriet Cooke Nelson that spans almost six decades, 1876 to 1933. Thanks to the generosity of Harriet’s grandson, R. Winthrop Nelson Jr., the Windsor Historical Society has this collection of letters and other documents to give us insight into his grandmother and into a woman’s life in the late 19th and early 20th centuries. 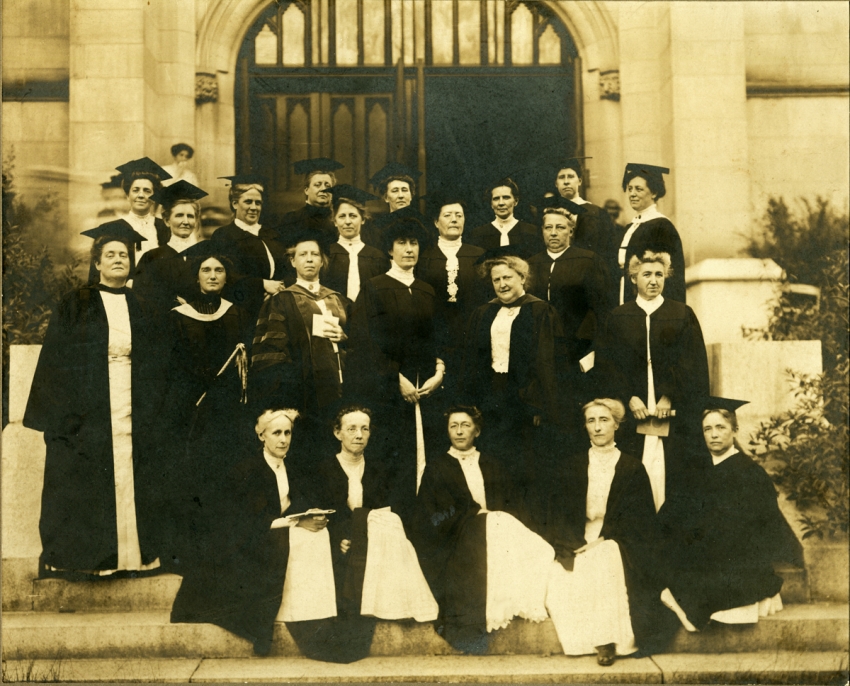 Wellesley College faculty and class of 1883. Harriet Cooke is on the far left of the front row. WHS collections 2006.40.10, gift of R. Winthrop Nelson Jr.

Harriet was intelligent and, in spite of strained family finances, well-educated. At 16 she graduated from Newton High School and delivered the class history essay. Four years later in 1883, she graduated from Wellesley College with a teaching degree. Her letters show her to be well-read and to have clear opinions on a variety of subjects. At age 19 she writes her brother Frederick, who is attending Williams College, admonishing him to “be a good boy” and “don’t be a lawyer.” A few years later she exchanges thoughts with her sister Carrie on homeopathic medicine and the ills associated with wearing a corset. She wouldn’t wear one! She expresses opinions on doctors, Democrats, parishioners, a turkey shortage at Thanksgiving, and in the years immediately preceding the First World War, on extreme patriotism.

The importance of education was another theme in Harriet’s life. She and Roscoe were both teachers when they met. They put their life together on hold for four years so that Roscoe could attend Yale Seminary and become a minister. Later, their sons Frederic and Winthrop would work their way through university by tutoring. They received their degrees from Harvard with both parents providing advice, encouragement, and of course, financial aid. Education was a family affair.

Prior to her marriage, Harriet was a career woman. She taught at Worcester High School and at Putnam (Connecticut) High School, where she was also assistant principal. During a period of nine years, she supported herself and sent money home to her mother and siblings. How excited she was to receive an offer of $1,000 teaching salary! After her marriage Harriet continued to work, although in an unpaid capacity. She was very involved in the First Church of Windsor, teaching and overseeing Sunday school, speaking at meetings, attending to the needs of parishioners, and helping her husband prepare his sermons. 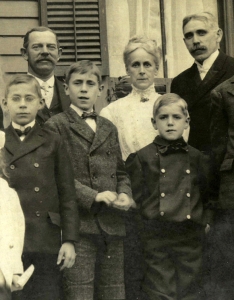 Like many of her time, Harriet lived through epidemics and the effects of illness and accident on herself, her family, and the church community. She writes of cholera, typhoid, influenza, her sister Sadie’s tuberculosis, and of too many funerals in her first year at First Church. Harriet’s experiences were also similar to our own today. There were falls on ice and stairs, the children’s measles, stress and sleeplessness brought on by doing too much, and depression caused by the drowning death of her third child, Theodore.

But life wasn’t all doom and gloom. She tells of sailing on the waters off Maine’s Southwest Harbor, trips to Europe, receiving a new sewing machine, and selling corn grown in her Windsor garden. She writes of the daily activities of life: buying clothes, canning mincemeat, and overcoming an infestation of buffalo bugs!

Harriet Louise Cooke Nelson was a daughter, sister, wife, mother, teacher, and friend. Her wit, intelligence, caring, and human frailty are evident in her diaries and letters to family. Visit our library to read these documents and get to know this remarkable woman.