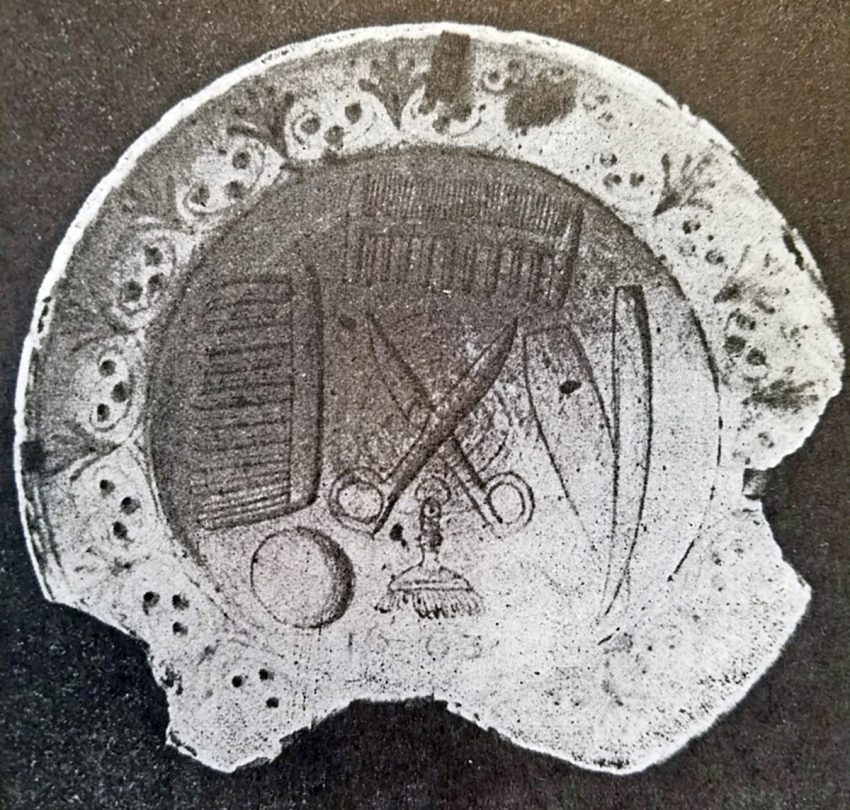 Like most founders of Windsor, James Eno was born in England. Unlike most founders, he was of French Protestant, or Huguenot decent. The son of Jean Hennot, James was baptized as Jacques Hennot (later anglicized to James Eno) on August 21, 1625 in the Threadneedle Street Church in London, a church for Huguenot congregants. His great-grandfather, also Jacques Hennot, is listed in documents in the British Museum as having fled to England from religious wars in Flanders in 1518. While Windsor’s James Eno was a relatively late arrival and does not appear on the Descendants of the Founders of Ancient Windsor’s Founders List, he does appear on the 1930s Founders’ Monument on the Palisado Green.

James Eno came to America and settled in Windsor by 1648, one of the few Huguenots to settle in Connecticut. On August 18, 1648, he married Anna Bidwell, the widow of Richard Bidwell and five years later, he purchased a home from the widow Mary Collins, on Silver Street, (now called East Street), where his descendants continued to live into the 1850s. 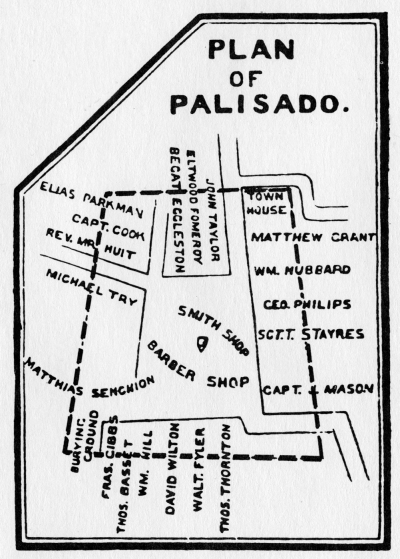 Plan of the Palisado, showing the approximate location of James Eno’s barber shop in the middle of the green. From the Plan of Ancient Windsor map (recreated), c1640-1660s. (c) Windsor Historical Society.

By profession, James Eno was a barber. According to the land records, a November, 1663 deed “recorded a grant of a stray of land to James Enno in the Palizado to build him a shop to Barber in and he has now built it.” Henry Stiles’s The History of Ancient Windsor, Vol. II, contains a photograph of a delft barber’s basin, passed down in the Eno family, with a history of having been used by James. The current whereabouts of this basin are unknown. We at Windsor Historical Society would love to hear from anyone who has seen it recently.

James Eno’s religious beliefs, though different from those of Windsor’s other founders, do not appear to have prevented him from serving in positions of power in the community or from marrying into the town’s prominent families. During his time in Windsor, Eno served stints as constable, juryman, way warden, and fence viewer. He also served as a land agent for Windsor, helping to purchase land from Nassahegan, a sachem of the Poquonocks in 1666. He owned land in Windsor and Simsbury, an island in the Simsbury River, and land in Tilton’s Marsh—gifted to him for his service in the 1666 land deal on behalf of the town. After his first wife, Anna Bidwell, passed away in 1657, he married Thomas Holcomb’s widow, Elizabeth Holcomb, in 1658. She died in 1679, and in 1680, he married Hester Eggleston, widow of James Eggleston. When James Eno passed away in 1682, Hester and Eno’s son James administered his estate.

It is clear that Eno’s religious differences from many of his Puritan neighbors eventually became a problem for him and his family. In March of 1663/4, the Connecticut Colonial Court Records state, “The Church of Christ at Windsor complaynes of James Enoe and Michaell Humphrey, for severall things contained in a paper presented to the Court. Mr. Clarke, in behalf of the Church complaynes of James Enoe and Michaell Humphrey for a misdemeanor, in offering violence to an established law of this Colony.” The court considered Eno and Humphrey’s paper a danger to the welfare of the colony, but the Court had decided not to censure them, “provided answerable reformation doth follow.” This paper does not appear to have survived so we can only guess at its contents, but it is apparent that they had been critical of the church.

Another letter, drafted by William Pitkin of Hartford in October of 1664 and signed by a total of seven men including James Eno, does survive. It states, in part, “Our aggreviance is, that wee and ours are not under the Due care of an orthodox Ministry, that will in a due manner administer to us those ordinances that we stand capable of, as the Baptizeing of our Children, our being admitted (as wee, according to Christs order may bee found meete) to the Lord’s Table.”

Eventually, this letter led Windsor’s church to reaffirm the Half-Way Convenant, which allowed those who had not been granted full church membership to be baptized. Under earlier Puritan doctrine, full church membership and its attendant privileges, which included the right to have one’s children baptized and the right to vote, was restricted to individuals who had been baptized themselves and had also reaffirmed their Puritan beliefs with a reported conversion experience later in life. Many of the descendants of the original Puritan immigrants to New England never reported a conversion experience, thus rendering their children ineligible for baptism. In spite of the church’s stated reaffirmation of the Half-Way Covenant, disagreements continued to simmer. James Eno was among those Windsor residents who joined Benjamin Woodbridge’s new congregation, which met in the old Town House, when the Windsor church split in the late 1660s.

Like his great-grandfathers, James Eno was not afraid to stand up for his religious rights and those of his children. In Windsor, he provided services to his town, through his work as a barber but also through the town offices he held that were of value to his neighbors. He achieved a measure of wealth and prominence, and he and his descendants had long-standing influence on the town
and its church.