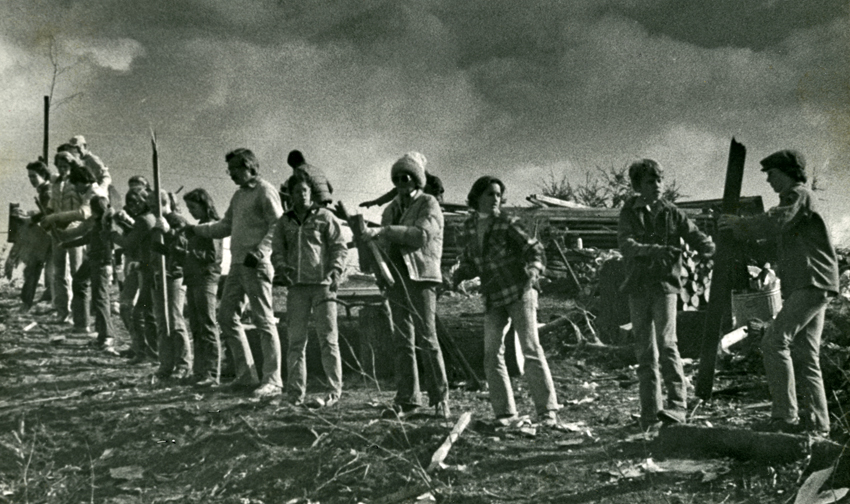 October 3, 1979. Jimmy Carter was president. Ella Grasso was governor. Albert Ilg was Windsor’s town manager and Warren P. Johnson was mayor. It was a time before cell phones and the internet. Shortly after 3 PM, an F4 tornado struck the Poquonock section of Windsor, Windsor Locks, and parts of Suffield without warning. Many will never forget that day.

Please join us at 7 p.m. on Thursday, October 3 at Poquonock School (1760 Poquonock Avenue in Windsor) for the premiere of a new documentary produced by WIN-TV on the 1979 tornado that devastated our area. We have interviewed close to forty people who experienced the tornado and its aftermath. Out of their recollections comes a story of one Windsor neighborhood surviving nature’s worst, of people coming together to pick up the pieces, rebuilding lives, and neighborhoods.

It was an early release day for elementary school students; blessedly, most were already at home. But many middle and high school students were just getting off school buses when the tornado struck. What was it like to be walking home from school and get caught in an F4 tornado? What was it like to be sucked out of your home and set down in a neighbor’s yard? How did Windsor’s leaders wrap their arms around the scope of the disaster and plan recovery efforts? And what was it like to lose your mother — who wouldn’t be there for your high school graduation, your wedding, or the births of your children?

You’ll hear from Poquonock Fire Chief John Silliman about the training he put to use in leading rescue and recovery efforts. You’ll hear about the meeting Town Manager Al Ilg called that lasted into the wee hours of the night following the tornado, where town officials and town residents came together to brainstorm ideas for recovery. Many recall Governor Ella Grasso’s presence and kindnesses, as well as the help provided by the National Guard, the Red Cross, the Salvation Army, Mennonite workers, and neighbors and friends in the days, weeks, and months that followed.

Out of forty interviews, what’s emerged is a portrait of a community pulling together to help those in need. We have been struck by the fortitude and resilience of the tornado victims. Most of them talk about lasting effects, the most common of which is caution when storms arrive. For some, possessions are treasured because the tornado swept away so much of their past. For others, losing material goods made them more aware of non-material things of life:  family, friends, and faith.

One of history’s superpowers is its capacity to carry us across time so we can walk in another person’s shoes, if only for a moment or two. Come be with us at Poquonock School at 7 PM on October 3rd to learn how our town and its people came together to rebuild lives as best they could after a day of destruction. 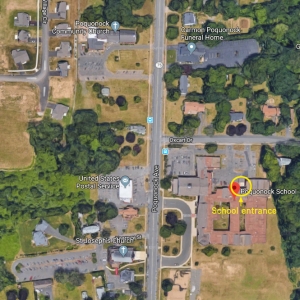 The entrance to Poquonock School is on Oxcart Drive (not Poquonock Ave) in the more eastern of the two school parking lots.