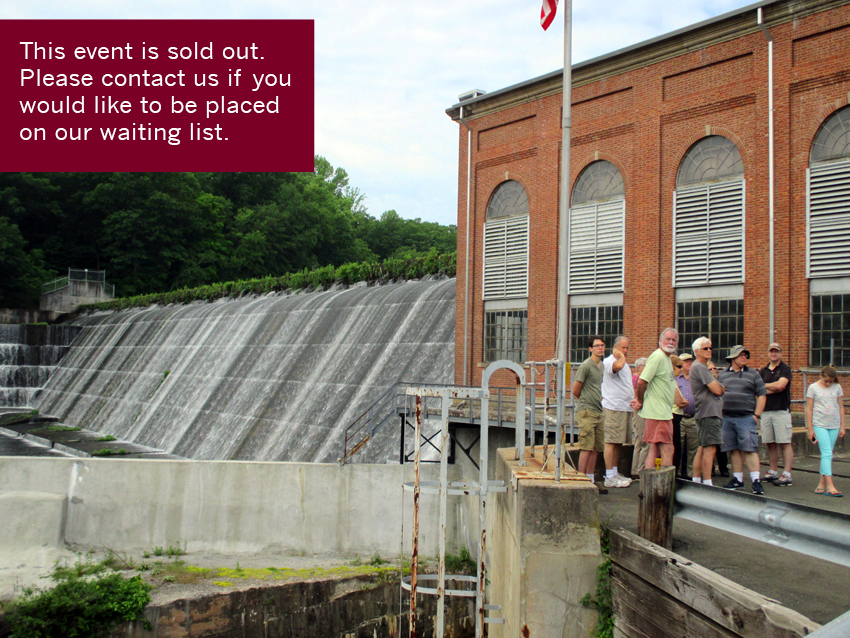 DUE TO PREDICTED THUNDERSTORMS, THIS EVENT HAS BEEN CANCELED. If you already pre-paid, we will refund your money as soon as possible.

More shad after Shad Derby! Take this rare opportunity to tour Windsor’s Rainbow Dam and Fish Ladder and the Farmington River Power Company built by Stanley Works in 1925. Enthusiastic participants on past tours have called this one of the best programs we offer. You will see historic photographs and learn how the turbines and generators work with Don Zessin, Plant Manager. Then view migrating fish, observe how a fish ladder and fish traps operate, and learn more about fish habits from Bruce Williams of the Inland Fish Division of Connecticut’s Department of Energy and Environmental Protection.

Dams in the Rainbow area have harnessed water power from 1825 to this day. This site is also significant in the history of power transmission. In 1893, electricity in the form of three-phase alternating current at between four and five thousand volts was transmitted from this location eleven miles south to the Hartford Electric Company Power Station. This was the first time in this country that a public utilities company transmitted electrical power over a considerable distance for commercial use — an amazing demonstration of electricity’s potential at that time. The fish ladder, a series of 59 interconnected pools, was constructed in 1976 to make it possible for anadromous fish like salmon and shad to return upriver to spawn.You will probably see shad and lamprey. Unfortunately, the hoped-for salmon runs have not materialized, and water turbulence is hard on the shad passing through the pools.  A new fish passageway for Rainbow is currently in the design stage.