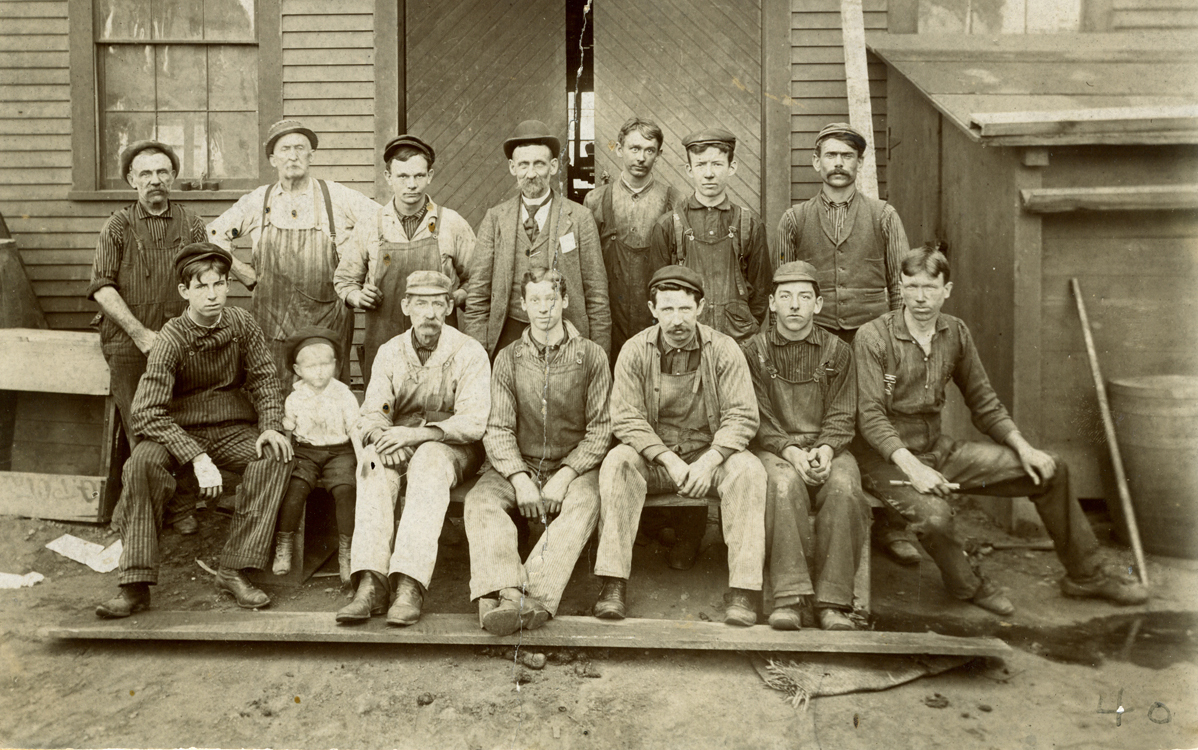 Our Region: The Silicon Valley of the 19th Century with Bill Hosley

In 1796, the federal government began a half-century of patronage for the Springfield Armory. Its presence in the Connecticut Valley, coupled with ready access to high quality steel, competitively-priced coal and transportation, abundant water power, and the availability of an educated labor force, transformed our region into American’s first high-tech industrial corridor. The Connecticut Valley was at the vanguard of a technology-based revolution that changed the world of work, producing typewriters, sewing machines, bicycles, automobiles, and more using machines. Windsor’s Christopher Miner Spencer, the inventor of the famous Spencer Repeating Rifle and Repeating Shotgun was part of that movement. See the Society’s exhibition on Spencer and hear about how he fit into the context of our region’s industrial heritage.

Image: Workers at the Spencer Machine Screw company, in front of their factory on Mechanic Street, 1890s. WHS collections 2011.1.56