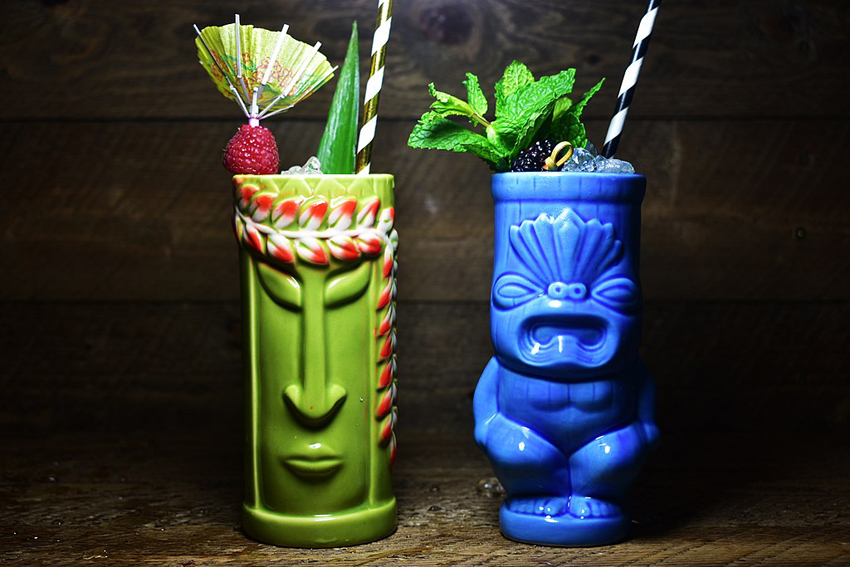 Please join us on Friday, June 28, 2019 at Windsor Historical Society at 6 p.m. for a historic libations program focused on mid-twentieth century tiki drinks and culture.

Americans first became interested in the exotic locales of the South Pacific in the nineteenth century. The first tiki bars were established in California during the Great Depression, providing an escapist fantasy of a tropical paradise. Interest in tiki drinks such as the Mai Tai, the Royal Hawaiian and the Singapore Sling grew as World War II forces returned from the South Pacific after World War II, and Hawaii became a state in 1958.

We invite you to sample tasty tiki drinks and fabulous fifties snacks such as pineapple upside-down cake, cheese whiz, and miniature sausages as you learn a little history from the Society’s education and outreach coordinator John Mooney. Following John’s presentation, enjoy a slide show of 1950s kitsch and culinary curiosities. Have they stood the test of time? You decide.

(This event has been moved from its original date.)