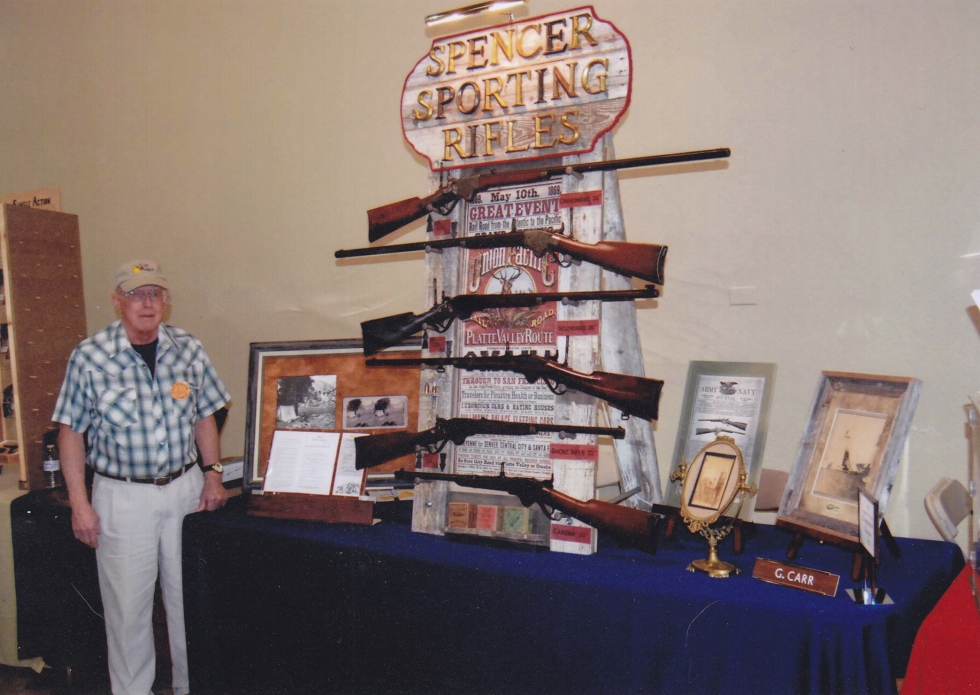 On Friday, August 24, 2018 at 10 a.m., the Society presents a preview program: a rare opportunity to study two of the rifles produced by Spencer Arms Company with 50- year sporting rifle collector George Carr. Christopher Miner Spencer had one of Connecticut’s most inventive late 19th century minds, devising a repeating rifle, a steam-powered motor carriage, and an automatic screw machine, among other things.  Born in Manchester, Connecticut, he moved to Windsor, established the Spencer Arms Company and raised his family there. On October 30th, Windsor Historical Society will open Christopher Miner Spencer; An Inventive Mind.

At this session, Carr will compare Windsor Historical Society’s 1860 Spencer carbine with his own 1865 Spencer sporting rifle which is in 56.46 caliber. He will discuss the evolution of the Spencer carbine from rim fire to center fire in the 1865 though 1885 period when Christopher Spencer was experimenting with new rifle designs in an ultimately futile attempt to remain in business. Carr will show Spencer’s technological advances using two inert cartridges to illustrate both the .50 caliber carbine and the .46 caliber sporting version.