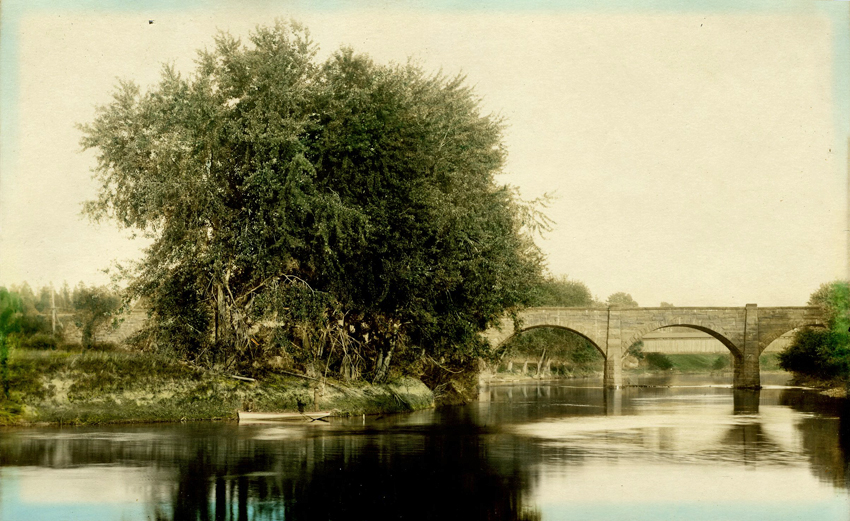 Join us for an in-depth look at Windsor’s iconic railroad bridge over the Farmington River, erected in 1867. Built on the heels of a tragedy, this Roman-arched stone bridge has inspired photographers and artists, and carried trains across the Farmington River for 150 years. In 2005, in response to a community survey, Windsor Historical Society chose the bridge as inspiration for its logo. Bob Bell, former president of the Valley Railroad Company that operates the Essex Steam Train and Riverboat, will show viewers how to identify different types of railroad bridges before sharing the history of our Windsor bridge. Bob will also place trains in the context of transportation’s evolution in the 19th century. You’ll absorb some Windsor trolley history as well as a few Windsor bridge stories.  This fascinating program follows a short annual meeting.