Conversations with the Past: Hayden Family Letters, 1821-1894 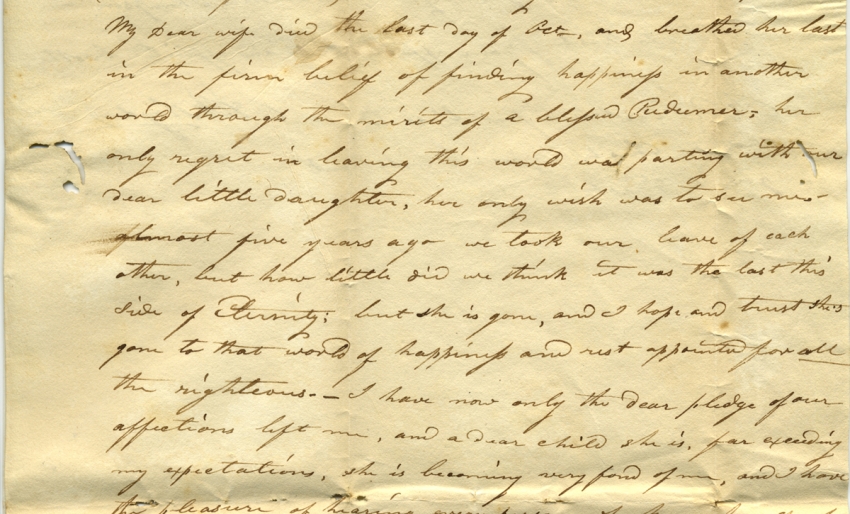 My dear wife died the last day of Oct. and breathed her last in the firm belief of finding happiness in another world[…]her only regret in leaving this world was parting with our dear little daughter, her only wish was to see me – almost five years ago we took our leave of each other but how little did we think it was the last this side of Eternity; but she is gone, and[…]I have now only the dear pledge of our affections left me, and a dear child she is, far exceeding my expectations, she is becoming very fond of me[…]

Your affectionate and afflicted brother,
Anson B. Hayden

This is the earliest in a collection of over 150 letters in our Sarah Hayden Fowler Papers collection. Written primarily between 1821 and 1894, most were addressed to Sarah Hayden Fowler, the “dear pledge” of Anson and wife Laura Hayden’s affections, who lived much of her life in the house her grandfather Thomas Hayden built at 5 North Meadow Road. Authored by Sarah’s relatives and friends throughout the United States and Cuba, the correspondence is remarkable for topical range and conversational tone. 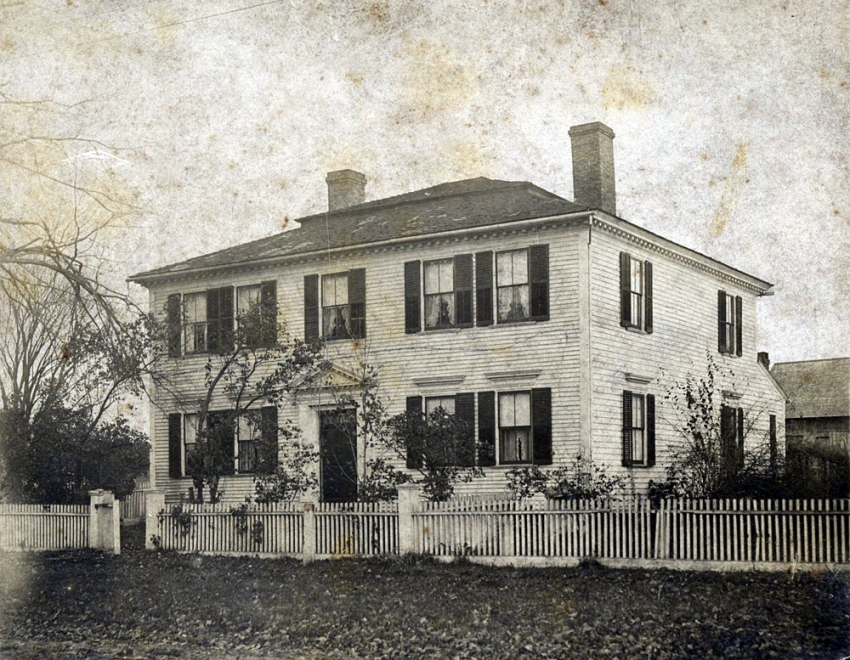 Among the few letters in the collection that Sarah authored were those written in 1842 while visiting her Aunt Martha and Uncle William Fales’ sugar estate in Cuba. Observing the politically, socially, racially, and economically complex Cuban society, white, 26-year-old Sarah saw “so many strange things.” She describes surviving a storm at sea, economics of managing a sugar plantation, and hard lives of “negroes” there. 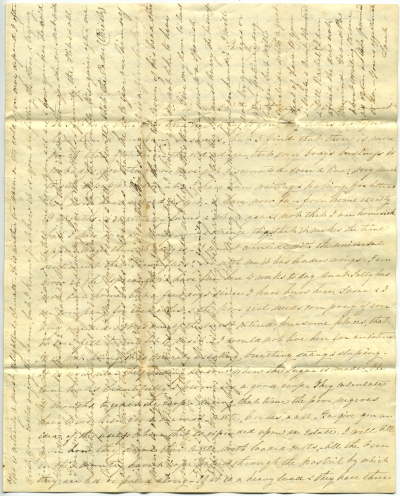 Vermont cousins Ann and Chauncey Hayden wrote “talking letters”, the kind that make you feel you’re right beside them. As editor of a small St. Albans, VT, paper, Chauncey rants about politics and complains about the Connecticut Courant (today’s Hartford Courant). He scoffs at predictions of the world’s end and dismisses 19th-century health fads:

Grandfather’s health is feeble[…]Yet is cheerful – can read, think, talk, laugh and be happy. Does not belong to the ‘anti-anything’ society – is a Whig – asks no advice of Dr. Graham, can sleep without the aid of Mesmerism, and can believe that the world is to have an end without the aid of man and without attending ‘Second Advent’ meetings month after month.

In tiny, faint script, Chauncey’s sister Ann spilled thoughts across the paper, filling pages in one direction and turning the sheet sideways to write across her earlier words. Sending news from her thirteen-member, three-generation family, Ann explains another brother, Mozart:

From Savannah, stepmother Catherine reports on Indian conflicts and “prejudice against the North on account of the fugitive slave law opposition[…].” Cautioning Sarah not to become a “coquette,” Catherine also complains about rheumatism, doctors, and recommends using leeches.

When 38-year-old Sarah chose to marry an older widower, Catherine replies, “It seems you have resolved on living a life of celibacy no longer and have considered taking your intended for better or worse, for better I sincerely trust it will be.”

Before the birth of Sarah’s only child Laura, Catherine reassures: “There have been others older than you who have married and lived to have several children, therefore take courage and hope for the best.”

Throughout her life, Sarah read, answered, and saved correspondence. In her final year, she re-read (and marked the envelope as such) a letter Chauncey wrote 43 years earlier, following 25-year-old sister Ann’s death:

I feel I have allowed her death to affect me too deeply and allowed it to minister to a morbid feeling of loneliness and that this world is a failure[…] [We] cannot allow our grief for the departed to lessen our efforts for the living. By the death of friends we ought to learn to value the realities of life more, and to estimate its follies lower.

With humor, sorrow, and love, Sarah, her family, and friends reach out to us. Reading the letters, one experiences the 19th century as history yet unwritten. Unlike other period documents, personal letters possess an immediacy connecting past and present. By saving what was personally important to her, Sarah opened an otherwise inaccessible window to the 19th century.

The Sarah Hayden Fowler Papers (2009.44) are available in the Society’s library for research and enjoyment. Contact librarian/archivist Michelle Tom for more information.