The Broad Street Green area is the commercial center of Windsor, but it has been so for less time than you might think. In 1929, the last unoccupied parcel of land facing the green got a brand new building, one that would fundamentally change the character of the neighborhood: The Plaza.

Even before the Plaza Building saw its first tenants move in, some neighbors resisted the transition to a commercial zone there. The Hartford Courant at the time wrote of a controversy all too familiar in developing towns, “Several adjacent property owners voiced their opinions and some felt strongly that a business block at the location would be a detriment to the beauty of the ‘Green’…Two nearly adjacent property owners spoke in favor of the project.”

Nevertheless, the Plaza was built, and over the years many different businesses have occupied the premises. As we pass by the building now, we can’t help but to imagine what its next incarnation will be. 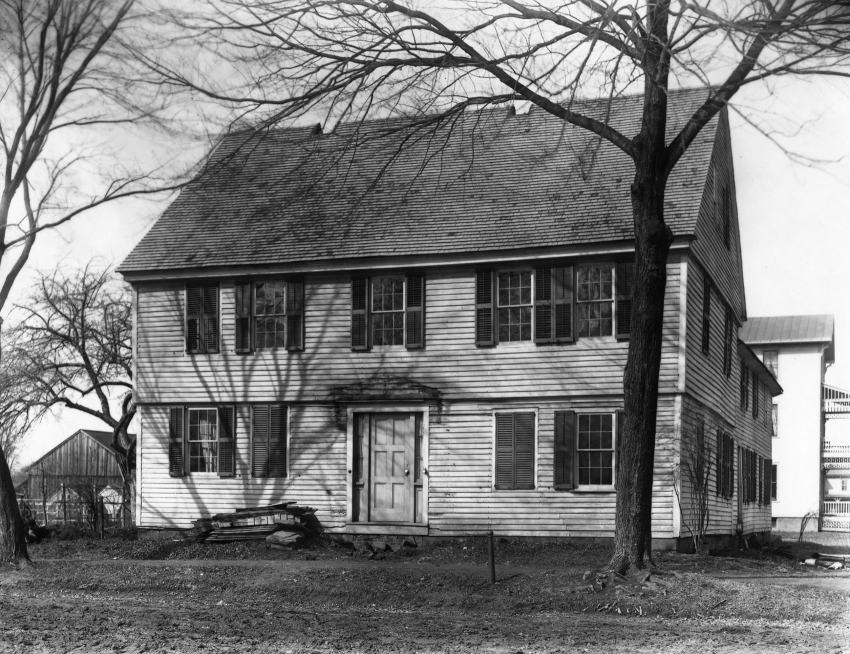 Before we get to the Plaza, we should mention that the lot at the corner of Broad and Elm Streets was not always empty. A home known as the William Loomis house (built c.1805), seen here in the late-19th century, once stood there. The 1660s Deacon John Moore house was attached to the rear of the Loomis house as an ell. Around 1897, then-owner Horace Clark detached the houses from each other and moved each to their own lots at 31 and 37 Elm Street. Both houses are still standing. | WHS collections 1954.2.8.45, photo attributed to William S. Leek. 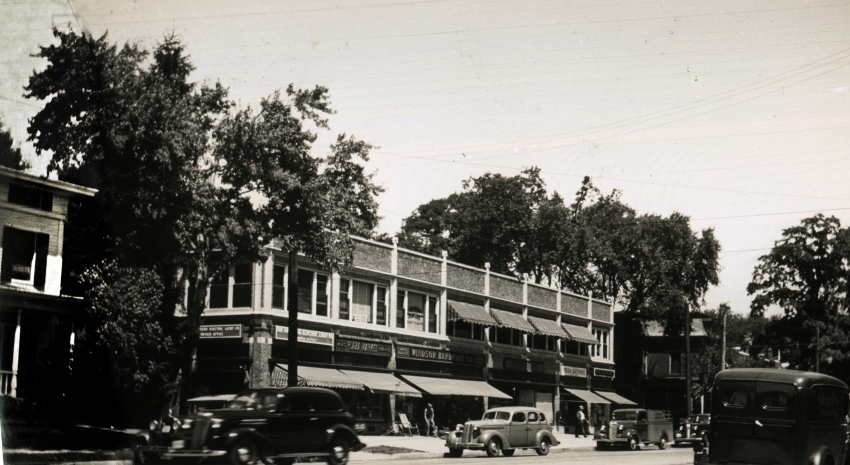 c1937. The Plaza Building a couple of years before it was renovated to house a movie theater. Note the houses to the north and south. | Windsor Historical Society collections 1954.2.4.71, photo by William S. Leek. 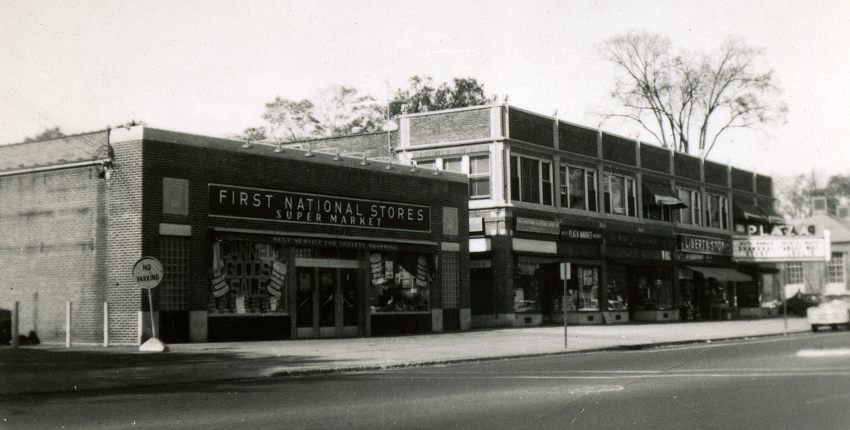 1946 saw the construction of another commercial building supplanting a former residence when the First National Supermarket moved in. | WHS collections 2008.79.171, gift of Mary Olds Mott. 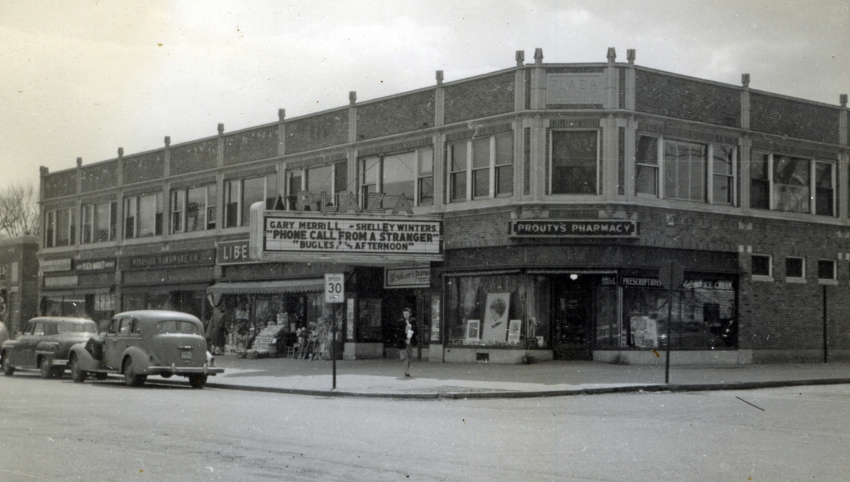 1952. A view looking southwest, showing Prouty’s Pharmacy on the corner. | WHS collections 2018.33.94, gift of Diana Kwader and the Dillon family. 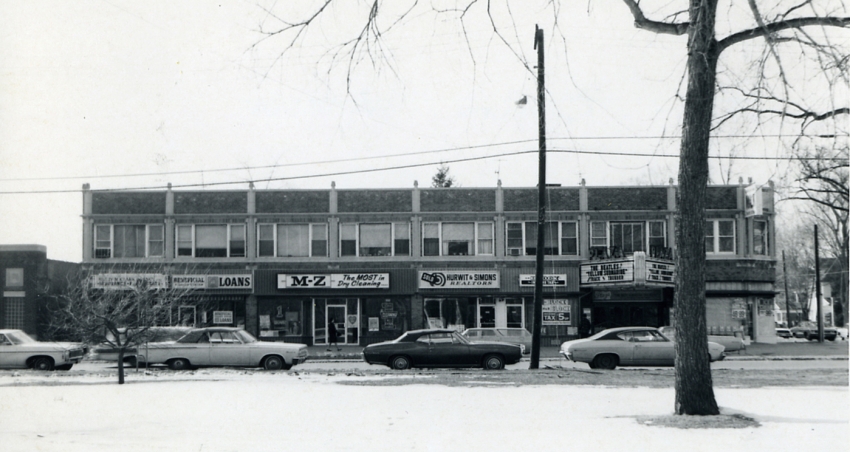 1969. Aside from the movie theater, the storefronts have undergone a complete changeover from the previous photo, taken 17 years earlier. | WHS collections 2009.2.8, photo by Mike Taylor. 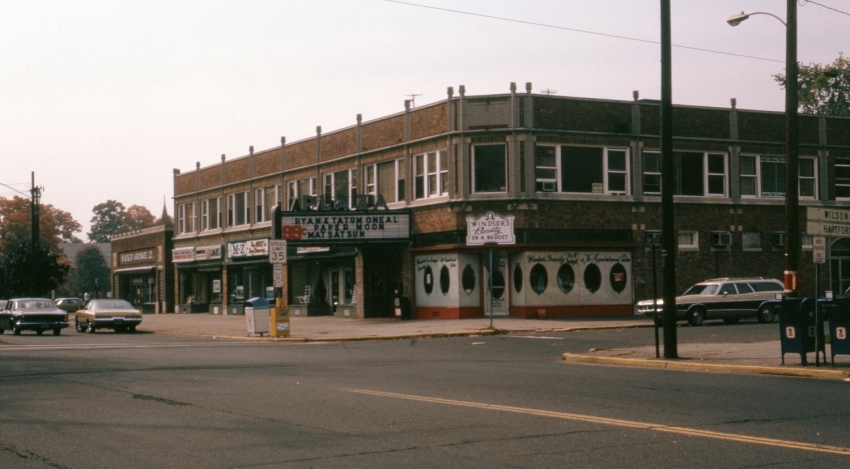