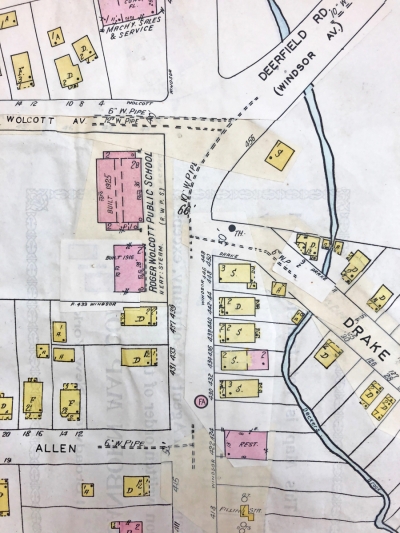 A large, grassy lot now sits adjacent to Windsor Avenue across from Allen and E. Wolcott Streets in Windsor. But at one time, it was one of the most popular areas in the Wilson neighborhood.

This detailed section from a Sanborn insurance map, produced in 1927 and updated in 1947, shows our block—five yellow buildings and one pink building along the east side of Windsor Ave., south of where Drake Street used to intersect. Among the stores here over the years were the Wilson Beauty Parlor, The Great A&P Tea Company, First National, and Bloom’s Grocery and Package stores. Deckers Brook flows behind the buildings and under the roads.
WHS collections 2018.48.1. Gift of MaryLou Peters. 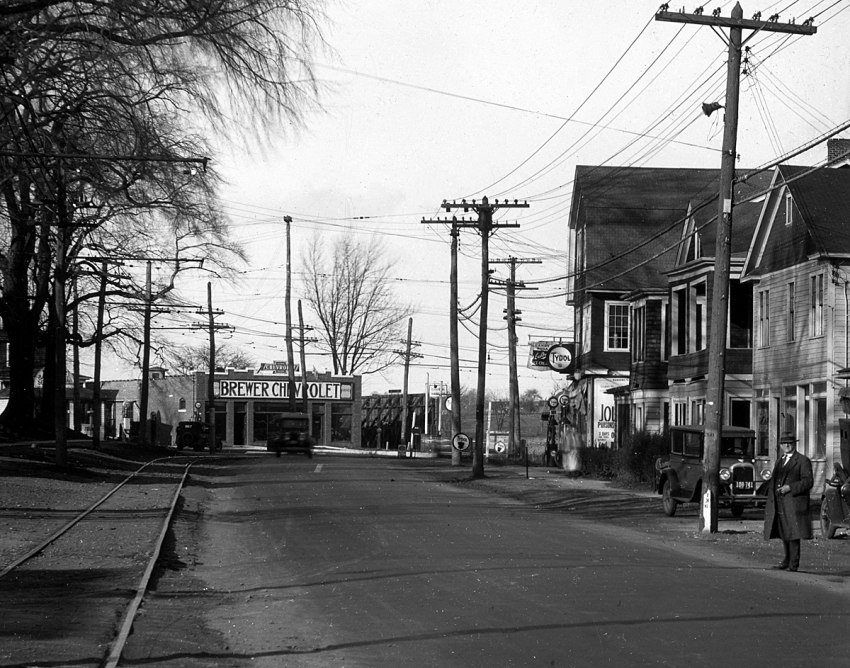 Constable Maurice Kennedy views the scene sometime in the 1920s-early 1930s. We’re looking north towards where Deerfield Road curves off to the right. The Brewer Chevrolet dealership lies where Windsor Ave. will be extended and straightened in 1941. | WHS collections 1954.2.4.195, photo by William S. Leek. 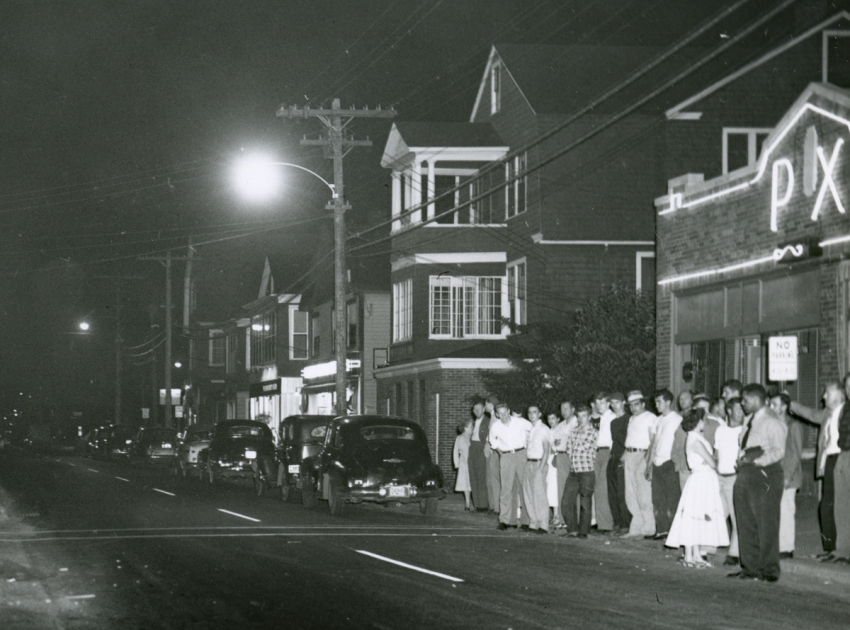 1952. Onlookers gawk at a car accident that had just occurred in front of PX Restaurant. In the center of the photo stands the Polish National Home, established in 1945 as “a community and cultural center for the more than 1,000 Windsor residents of Polish heritage,” according to the Hartford Courant. | WHS collections 2000.30.224, detail. Photo courtesy of Julius Rusavage. 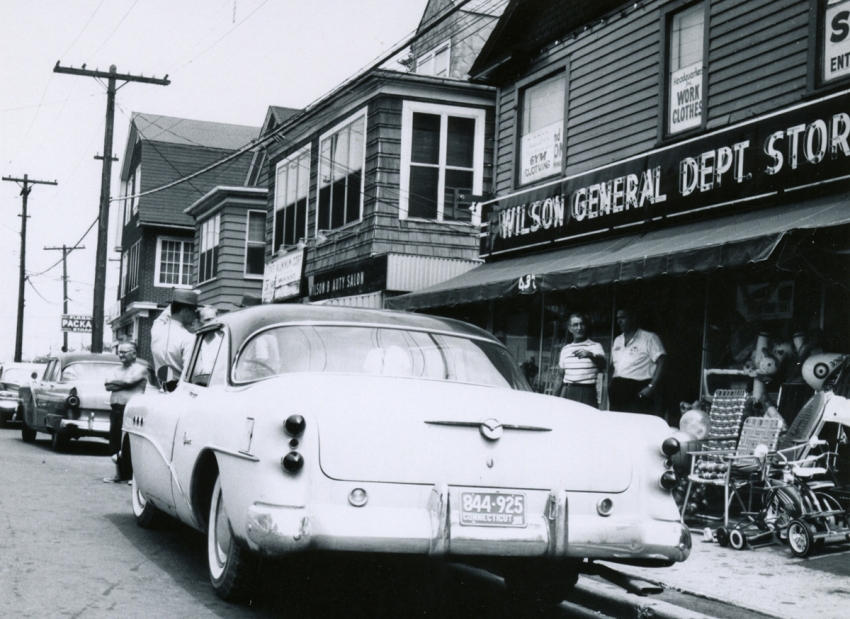 1964. The Sinick family opened the Wilson General Department Store at 436 Windsor Avenue in 1933. The store originally sold chicken feed and other agricultural products, but soon carried hardware, toys, clothes, and anything else you could think of. Sid Sinick, the son of the original owner, ran the store through the 1970s. He enjoyed talking to passersby as he swept the sidewalk outside his store. | WHS collections 2000.30.255. Photo courtesy of Julius Rusavage. 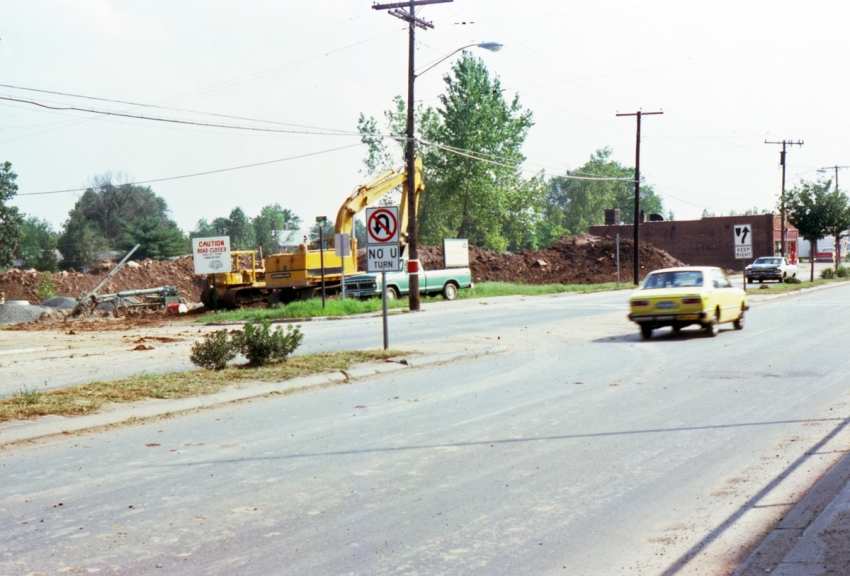 1979. Looking southeast. In 1978, the town bought the buildings in this block and demolished them as part of a large improvement project to alleviate persistent flooding from the nearby Deckers Brook. | WHS collections 1998.12.1.479. Photo by Adelbert Coe.