The Eddy Electric Manufacturing Company occupied the three-story brick building to the east of the railroad depot in Windsor center. Here they built electric motors and generators from 1885 through 1902. 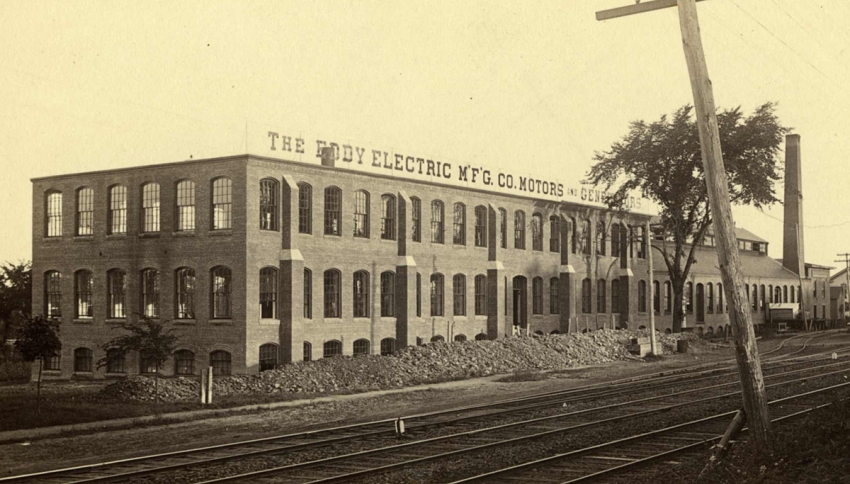 The head of the company was Arthur Eddy (1857-1937), an inventor who resided on Hayden Avenue in Windsor. His Hartford Times obituary highlighted that “the Eddy dynamo which he invented was a big factor in the electrical world during the infancy of the electrical age…At the World’s Fair in Chicago in 1893, products of the Eddy Electric Manufacturing Company formed one of the outstanding exhibits. In addition to the dynamos and other electrical machinery, they included a moving platform on which visitors were transported around the fair grounds.” 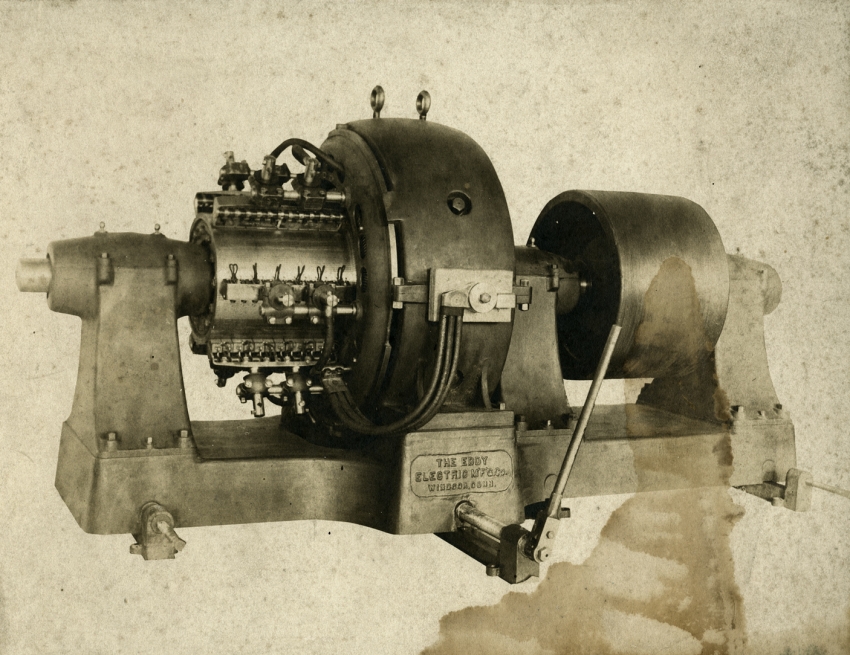 In addition to these accomplishments, one particular type of product that the company made formed the backbone of some of the world’s earliest electric cars.

Sometime around 1899, Ransom E. Olds, Chief Engineer and co-founder of the then fledgling Oldsmobile Automotive Company, placed an order for a number of electric motors from the “Eddy Electrical [sic] Company” of Windsor, Conn. Said motors were to be used to power a line of electric passenger vehicles then under development in Olds’ newly built automobile factory in Detroit, Mich. …A number of these electric-powered Oldsmobile vehicles were built, shown and tested in 1899 and 1900. Hard evidence points to some 10 or 12 electric cars and possibly more being produced and stock-piled at the factory for sale to the public when the spring driving season of 1901 arrived. Unfortunately in March 1901, the Oldsmobile factory burned to the ground along with (supposedly) all the finished electric cars… Olds’ dream of producing electric-powered vehicles died in the 1901 fire. Just now, in 1996, the Oldsmobile Company has announced its current plans to once again produce electric vehicles for sale to the American public.

The above is an excerpt from a June 1996 letter to Windsor Historical Society from brothers Donald J. McDowell and Kenneth R. McDowell, automotive historians from Lake Odessa, MI. Before they both passed away, they owned the only known surviving Oldsmobile electric vehicle from 1899 and, after restoring it, had loaned it to the R.E. Olds Transportation Museum in Lansing, MI. Their research showed the car originally had a motor and floorboard-mounted voltammeter produced by Eddy Electric, though both were missing when the car was uncovered in a Lansing garage in 1959. The car did manage to retain its original Eddy-built electric controller. 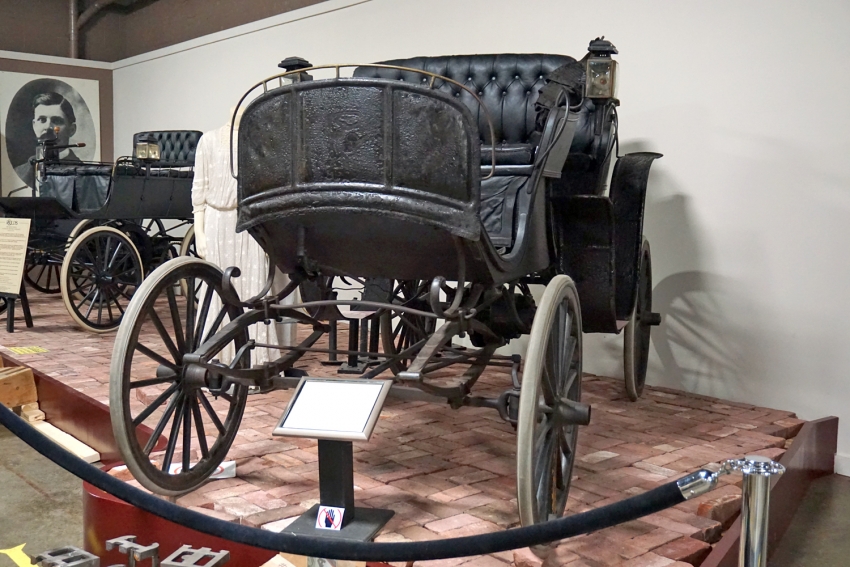 This 1899 Oldsmobile was not the first electric automobile to employ an Eddy motor. In 1896, a Hartford-based company called the Columbia Electric Vehicle Company produced their Mark I model car. According to David Corrigan in an article in the Connecticut Explored magazine, “the Eddy Electric and Manufacturing Company in nearby Windsor, was able to provide a motor that met all of [vehicle designer Hiram Percy] Maxim’s weight, speed, and traction requirements. The Eddy motor was light and could run at 2,000 revolutions per minute.” The Mark I was only ever built for demonstration purposes, but their later Mark III version went on sale to the general public to great success. Corrigan quotes an 1897 New York Times write-up on the Mark III, which noted “that the vehicle was equipped with a ‘two-horse power Eddy motor’ powered by four battery units each weighing 200 pounds and that ‘the total weight of the carriage is about 1,900 pounds.'” 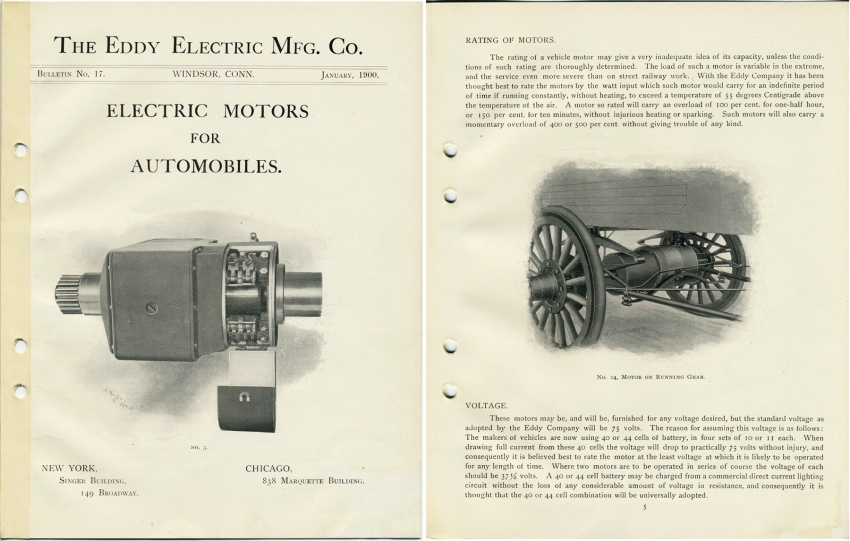 Arthur Eddy designed and built his first electric motor in 1886. By 1900, the Eddy Electric Manufacturing Company had an entire catalog of electric motors specifically made for automobiles. But their business did not last much longer, as they suffered a few major financial losses, including an unexpected overcommitment of resources in support of their 1893 Chicago World’s Fair exhibit, from which they never fully recovered. In 1902 the company came under the control of General Electric, and in 1910 they sold GE its rights and land entirely. GE remained in Windsor until 1928 when it moved its operations to Lynn, MA.